Should I buy the Xiaomi Redmi Note 9?

Joining Redmi Note 9S in Xiaomi's 2020 budget phone range in the UK is this Redmi Note 9 and a higher-spec Note 9 Pro. For those on tight budgets the 9 is very slightly cheaper than the 9S, but sacrifices some screen estate, the Snapdragon 720G and a few additional features.

Promising the same high-capacity 5,020mAh battery that drove the 9S to the top of our phone battery charts, and a very similar quad-lens rear camera, we consider whether the small saving is enough to sway you in favour of the younger sibling.

Note that as of 28 August 2020, Redmi Note 9 is now additionally available on contract or SIM-free in the UK through Three (skip to where to buy Redmi Note 9).

Redmi Note 9 is a fine-looking phone, especially in our review sample's Midnight Grey colour scheme. It is also available in Forest Green and Polar White.

It should not surprise you to learn it has a very familiar design, both among modern Android phones in general and the Redmi Note 9 range specifically, but look closer and you'll find there is a number of important differences between this and the more expensive models in the line.

Most immediately apparent is that this model lacks the high-gloss mirror shine of its siblings. It's not a bad thing: the subtlety this creates is appealing, and the phone is much less prone to fingerprints. Redmi Note 9 is still glossy, just not aggressively so.

The reason for this lack of gloss is simple: Xiaomi has swapped out the 9S' glass rear and metal frame for a plastic body in the Note 9. This sounds like a bigger deal than it is, and the newest Xiaomi phone does a pretty good job of retaining the line's high-quality design.

It feels well-made and durable, not waterproof but P2i splashproof (as you would expect with most budget phones), with no creaky bits or harsh lines, and we'd wager that it's less likely to shatter when dropped. Arguably, though, it also looks less premium.

It's difficult to tell until you place the two back to back, but the Redmi Note 9 is 4mm shorter than the 9S. This, together with its plastic build, means it's also about 10g lighter. The difference in screen size is minor, with the Note 9 measuring 6.53in against the 9S' 6.67in, and the bezels are just a fraction wider.

The dimensions themselves make zero difference to how it feels in the hand, though the smoother, more rounded edges of Note 9 make it more comfortable to hold and operate. I found it much easier to stretch my thumb right across the display to the top corner, whereas achieving this with the Redmi Note 9S requires some form of finger aerobics.

Both phones use a punch-hole style selfie camera, maximising the available screen space, but here it is moved over from the 9S' central position to the top left. It feels strange simply because this positioning is new to Xiaomi, not especially bothering us in either location.

We were more put out by the ommission of a charging LED nestled within the here shorter earpiece just above - it may be just a tiny dot on the 9S, but a dot it is.

Something else that has moved is the fingerprint sensor, not built into the side-mounted power button as it is on Redmi Note 9S and Note 9 Pro, instead appearing just below the camera assembly on the rear. In our tests it worked perfectly well, and typically fell naturally under our index finger as we cradled the phone - but on occasion that it did not, the sensor is a little too flush to the surface of the phone to quickly and accurately locate it.

The camera itself is the final important difference. In specification it is very similar to that found on the Redmi Note 9S, with a 48MP wide + 8MP ultra-wide + 2MP macro + 2MP depth setup (the 9S has a 5MP macro lens but otherwise shares these specs, while Note 9 Pro headlines with a 64MP lens).

In design, though, it is not the same, with the positioning of the lenses themselves swapped around, the entire assembly not jutting out quite so from the phone's body, and the single LED flash appearing to the right rather than below the camera.

All three phones in the series feature increasingly rare extras such as an IR blaster, a 3.5mm headphone jack, and a 2 + 1 SIM tray that won't force you to choose between dual-SIM functionality (dual-4G) and storage expansion (up to 512GB).

Each also has an IPS display, which are not as vibrant, punchy and rich in contrast as the AMOLED screens found in Xiaomi's more expensive models, but they are good-quality screens that offer realistic colours and strong viewing angles. It's rare to find AMOLED in the budget phone market, but thankfully we are now a long way from the TN panels of the past.

One of the big differences in Redmi Note 9 over 9S and 9 Pro is that it swaps out the Snapdragon 720G chip from Qualcomm in favour of a Helio G85 processor from MediaTek. This is a 2GHz octa-core chip, integrated with the ARM Mali-G52 graphics processor, as opposed to the 720G's Adreno 618.

It is paired with 3GB or 4GB of RAM (and 64GB or 128GB of storage), whereas the more expensive models in the Redmi Note 9 line benefit from 4GB or 6GB of memory.

This processor selection will have helped Xiaomi to cut down on costs, but in my opinion it was a poor decision. The Tech Advisor team runs all phones through a selection of benchmarks to give a point of reference for performance comparisons, and it seems the Redmi Note 9 is at rather a significant disadvantage to its siblings in terms of overall processing power.

In Geekbench 5 performance tests we found the Redmi Note 9 very much on par with the Moto G8 Power, an only slightly more expensive phone that also goes big on the battery, albeit somewhat more successfully. Other smartphones that scored similar results in this test include the Honor 9X and Nokia 6.2.

It is true to say that synthetic benchmarks are not always representative of real life, and we would expect that most users would nevertheless manage to get a full day's usage without needing to reach for the charger. Some users will even get two days, since how long the battery lasts depends on for what you use it.

When it comes to charging it's not a surprise that there is no support for wireless charging, though the Redmi Note 9 does support 18W wired charging, with a 22W adapter supplied in the box. We found from empty it could get to around 35% in 30 minutes.

Unfortunately, the Note 9 refused to run GFXBench, our graphics benchmark, though we would expect more of the same - a device that can handle casual games and online video, but nothing too intensive.

With Redmi Note 9 it feels a bit like Xiaomi has jumped on the quad-lens camera bandwagon, without due care or attention. Neither its macro nor depth sensors are really pulling much weight here. But a quad-camera certainly sounds great on paper, especially when headlining with a 48MP lens.

Xiaomi is using its usual trick of pixel-binning, whereby information is captured at 48MP but then reduced to higher-quality 12MP images by nudging four individual pixels into a single 'super' pixel, in the process increasing its size from 0.8um to 1.6um. It also uses AI to intelligently select a scene mode and associated presets, meaning you simply point and shoot (there is a manual mode if you prefer).

In test shots - a selection of which can be found in the Flickr carousel below - I found myself more impressed than I expected to be with low-light performance. The images of the wooded areas were shot in really rather dull conditions, though this is not apparent from the pictures. 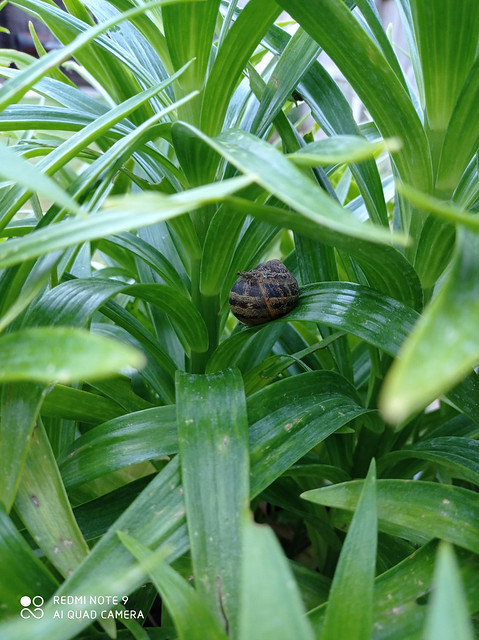 Generally speaking, given good lighting, the Redmi Note 9 does a quite acceptable job - and let's be honest, that's probably all you're looking for at this price point.

But it is far from infallible, and the lack of detail in shots is notable - particularly when captured over a longer distance. Even in portrait mode we found the camera could struggle to focus on the intended subject.

And though these images were not shot on the brightest or sunniest of days (such as is the issue with UK weather), they may well be realistic but are verging on dull.

Our review sample is running the global version of MIUI 11, a custom version of Android. As we found on Redmi Note 9S, it is missing some of the features you'll find in the best Xiaomi phones, such as the Always-on Display.

In this version Xiaomi has unlocked the system-wide Dark Mode, and you'll also benefit from superb features that are exclusive to Xiaomi, such as Dual Apps and Second Space. These are incredibly useful if you're making use of the dual-SIM functionality, or want to wall off some content to a protected area.

This is also the first time we've actually seen the option to add an app drawer to MIUI, which is turned off by default. (This has been reported to be present in all Xiaomi phones running MIUI 11's global ROM, but in our experience this is untrue.) Switch on this feature and the Redmi Note 9 acts a lot more like a regular Android phone.

Full Google services are installed out of the box, so you have none of the concerns here that you might have when buying a Huawei phone. Our review sample also has NFC for making mobile payments, though this is reportedly not available in all territories.

You will notice some additional Xiaomi apps, which you are under no obligation to use. There is also a handful of apps (games, Netflix etc) that annoyingly are preinstalled, but can be easily uninstalled.

Where to buy Redmi Note 9 in the UK

In the UK Redmi Note 9 went on sale on 19 June 2020 via Amazon, having already launched at the official UK Mi Store.

Three also lists various contract options for Redmi Note 9. For unlimited data and minutes it costs £28 per month with an upfront charge of £19, but the first six months are half-price. This same deal is available with 4GB of data, at £20 per month wth six months half-price.

If you're happy to purchase from outside the UK, Geekbuying is listing the 3GB/64GB model for £141.53 and the 4GB/128GB model for £149.39. Both are global versions, however they ship from Hong Kong and might not be quite so cheap with import duty factored in. If requested, this is charged at 20% of the value printed on the shipping paperwork.

If you're on a tight budget, Redmi Note 9 is a fantastic smartphone below £200. It ticks a great many boxes and, though it isn't flawless, you'll be hard-pushed to find better value.

Though it's plastic it is well designed, and it comes with impressive-sounding features such as a quad-lens camera that performed mostly well in our tests, save for lacking some finer detail.

There's enough power for casual users, though we had hoped for better performance from the huge-capacity 5,020mAh battery.

However, if your budget will stretch only a little higher we would highly recommend that you look to the Redmi Note 9S instead. This phone has a premium design and enhanced performance, particularly in terms of battery life.

Via the UK Mi Store the 4GB/64GB model is also priced at £199, while the 6GB/128GB version is £229. Both are currently available with a £20 discount. You will also find Redmi Note 9S discounted at Amazon.

Marie has been writing about tech for 15 years. Our resident Xiaomi expert and a follower of all upcoming phones, she is also the go-to for charging tech.