Should I buy the Xiaomi Poco X3 GT?

If you don’t care about wireless charging or having the best cameras, the X3 GT is a great deal.

It has only been a few months since we reviewed the Poco X3 Pro and now there’s a new model: the X3 GT. It isn’t obvious whether this is meant to be a successor or not, but it certainly addresses some of the criticism we had of the Pro, namely the absence of 5G and the giant POCO logo on the back.

In many respects the GT is the successor to the Poco X3 NFC, even though we considered the Pro the update from the NFC. Whatever you think, the GT has a new design with much more subtle branding and a completely new, asymmetrical camera module.

It comes in black, white and blue and is a bit more expensive than its predecessors – for reasons that will become clear.

We were sent the Wave Blue model for review and it’s undoubtedly the pick of the three. It looks much more expensive than it is so if you’re worried about what other people think of your phone, they won’t know it’s actually a budget model.

As you’d expect, it’s a plastic body but the ridged finish and slight gradient, from darker at the bottom to lighter at the top, looks and feels great. If you pop the included transparent case on, the finish is still visible and masks the fact it’s plastic.

It may be inexpensive, but there are many features here that – at least  until recently – were the preserve of flagship phones. The Gorilla Glass Victus panel covering the display, for example, is a welcome sight. And even more protection is afforded by the factory-applied screen protector.

We’ll get into the rest later, such as fast charging and dual-SIM 5G.

You don’t get everything, though. Otherwise this would be a much more expensive phone. There’s no wireless charging for instance, and water-resistance is rated as IP53, so the X3 GT is only protected from splashes and dust.

Not that it’s found on flagships either these days, but there’s no 3.5mm headphone jack here. Xiaomi includes a USB-C to mini-jack adapter in the box but alternatively you can just use Bluetooth headphones or the built-in stereo speakers, which are pretty good.

One problem that seemingly remains is the fingerprint scanner that’s built into the power button. Just as with the Poco X3 NFC, it regularly said that there had been too many failed attempts at recognising a fingerprint even though only one attempt is made, and it’s very easy to trigger the sensor by picking up the phone by its sides.

Worse, when actually trying to unlock the phone, the sensor would just as often claim the print wasn’t recognised. You can use face unlock instead, but it’s much less secure.

Another area where the X3 GT reveals its budget nature is the screen. Don’t be too swayed by the 120Hz refresh and 240Hz touch sampling: this is a budget display. Colours and contrast are fine, but viewing angles let the side down, with brightness falling off quickly when you’re not looking square-on at the screen.

That happens whether you hold the phone vertically or in landscape mode. It’s not a major problem once you’re used to it, but if you’ve used a phone with an OLED screen, or a higher-quality IPS LCD screen, you may be slightly disappointed.

It’s certainly bright enough and brightness is boosted outdoors so it’s still visible in sunny conditions. The light sensors work well, too, and don’t allow brightness to shift too quickly as on some phones.

Where the X3 GT punches above its weight (by which we mean price) is performance. The Dimensity 1100 5G is a real powerhouse and makes this phone run like a flagship.

Navigating around MIUI 12 is ultra smooth, apps load very quickly and gaming performance is great. It may lag behind the absolute fastest phones for gaming and you might be opting for medium rather than maximum detail settings, but it is impossible to complain when you consider that low price.

With liquid cooling, the Poco X3 GT doesn’t get hot even during longer gaming sessions.

It’s also faster – at least in synthetic benchmarks – than last year’s Samsung Galaxy S20, and managed to keep up with the OnePlus Nord 2 (even surpassing it in Geekbench) despite that phone having the flagship Dimensity 1200 processor.

We criticised the absence of 5G on previous Poco phones, but that’s not an issue with this new chip: it supports dual 5G so you could, if you wanted to, insert two 5G nano-SIMs into the tray and get super-fast mobile data on both. Assuming you’re somewhere with 5G coverage, that is.

The snag is that there’s no microSD support, not even if you install only one SIM. So that will push many buyers towards the 256GB model instead of 128GB – especially it isn’t that costly to do so.

It’s worth noting that this isn’t any old cheap storage. It’s UFS 3.1, and that undoubtedly helps the X3 GT feel flagship quick.

So does the 8GB of RAM and it’s great that this is the default, not some elusive configuration you can’t actually buy.

It’s great to see Wi-Fi 6 here as well – though you can’t expect Wi-Fi 6E from a budget phone yet.

If photography is your priority when choosing a phone, then you will have to compromise if your budget extends only as far as the Poco X3 GT.

Both front and rear cameras are capable of some great shots – and video too – but they don’t deliver in all situations. Again, the on-paper specs are impressive, as is the sheer number of shooting modes (such as 4K HDR), but the reality can be quite different.

The main rear camera struggles in anything but excellent light, resulting in blurry photos. If you have steady hands, you can get usable photos but if your subject is moving, they will be blurry. There's a Night mode among the extra modes, but it makes very little difference compared to using the standard Photo mode: there's still precious little detail.

When there’s plenty of light, however, photos are great. They’re sharp, detailed and have pleasing colours. Though you can choose 1x, 2x, 5x and 10x, there’s no telephoto lens: you’re simply zooming digitally.

However, as the sensor has 64Mp to play with this isn’t the same as zooming in in Photoshop. By default, though, the camera throws away three-quarters of those pixels and saves 16Mp photos. Pixel-binning, as the technique is known, is common on high-resolution cameras and offers better-looking photos. You can shoot in full 64Mp resolution if you really want to, and even in RAW, but for most people wanting to snap and share photos, the default mode is the best option. 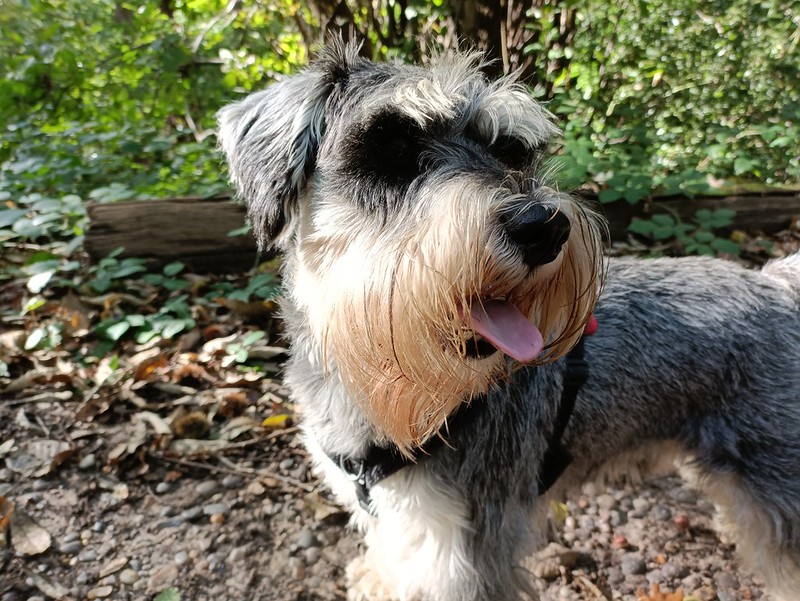 As seen on so many other phones, the 2Mp macro camera has limited use: its low resolution means photos aren’t amazing even when you manage to get a great photo with focus in the correct place. Wide-angle should be a more useful feature, allowing you to get more people in the shot in a confined space, as well as when shooting landscapes. But as with the Poco X3 Pro, wide-angle shots are soft and lacking in detail, and things only get worse in low light.

Both the front and rear cameras have portrait modes, and you get extra beautifying features for the selfie camera. In portrait shots, you can adjust the amount of background blur, but the system isn’t amazing at identifying where to blur and where not to blur, so you’ll often see wisps or spikes of hair accidentally blurred out, somewhat ruining the effect.

Video can be recorded in HDR on both cameras and even in 4K. But there’s sadly no 4K60 option: you’re limited to 30fps unless you drop down to 1080p. Full HD at 30fps is the default.

Phones that barely last a day are frustrating to use, but this is one of the Poco X3 GT’s strengths. With normal use - no prolonged gaming sessions - the battery will last roughly two days.

If you do get caught short with no power, the included 67W charger will replace 90% of full capacity in just 30 minutes and 100% in 42 minutes. It’s fantastic to see this at this price.

The trade-off, as mentioned, is that there’s no wireless charging. But that won’t be a deal-breaker for most people.

The Poco X3 GT was launched in China back in July, but it’s still not available to buy everywhere in the world.

Where the previous Poco X3 models are officially sold in the UK and Europe, the GT is a model primarily aimed at the Middle East and Asia (but not India).

It may go on sale in time, but for now, it's a case of hunting around - we found you can buy an X3 GT from Amazon marketplace sellers but the prices are higher than the RRP, making it much less tempting than, say, the OnePlus Nord 2 which has an OLED screen and various other benefits, which costs £399 from OnePlus.

Officially, the 128GB model costs US$299, and it’s only $30 more for the 256GB model. Ironically, you can’t buy any Poco model in the US – or any other brand of Xiaomi smartphone for that matter.

Despite its imperfections, the Poco X3 GT is another amazing-value phone from Xiaomi. MIUI 12.5 is perfectly usable and has some useful extras over stock Android while largely retaining a stock feel.

The screen and cameras may give away the fact this isn't, in fact, a flagship phone but there's no use in complaining about them when you're paying such a low price. You're not going to find better unless you trade off performance, 5G or some of the other features here.

Ultimately, the X3 GT is a brilliant choice if you want a budget phone with flagship-like performance and don't mind compromising on the cameras and screen.