Should I buy the Xiaomi Poco M4 Pro?

The Poco M4 Pro offers another winning combination of decent specs at a budget price. If you don't need 5G then you get a superior AMOLED display, a sharper 64Mp main camera and more memory as standard.

Poco phones traditionally give you a high degree of all-round multimedia competence for a budget price, and the Xiaomi Poco M4 Pro is no different.

Despite what the name might suggest, the Poco M4 Pro is much more than just a Poco M4 Pro 5G with the next-gen network connectivity lopped off.

It’s a surprisingly different package, from its design to its display, and from its camera to its CPU. Let’s not mince words here: the Poco M4 Pro is flat out the superior phone to its 5G brother and should be the preferred pick for anyone willing to forego the very fastest network speeds.

Like the Poco M4 Pro 5G, the Poco M4 Pro does a pretty good impression of a flagship phone. Catch a quick glance of the phone lying face down on a table, and you might just be convinced into thinking that it’s worth three times its asking price.

Interestingly, Poco has mixed that rear design up a little from the 5G model. And I'm not just talking about the glossier, more reflective finish. While the latter goes with a vertical camera module sat within a flat black block, the 4G model gives you a whole extended camera module that spans most of the width of the phone.

Not all of that is actually camera, and the module still seems to be housed within a similar vertical strip in the top left corner. But it does leave the phone feeling more balanced – quite literally when it comes to laying it down on a flat surface.

At 8.1mm thick and 179.5g, it’s slimmer and lighter than the 5G model. Together with the phone’s smaller display (more on that in a bit), it’s a relatively pocketable phone.

There are only three colours on offer with the Poco M4 Pro, but there’s quite a dramatic difference between the sober Power Black model I tested and the vibrant Poco Yellow model that you see in the press materials. There’s also a Cool Blue version that falls somewhere in between these two poles.

One of Poco’s signature features is a set of dual speakers, and they’re present and correct on the M4 Pro. This shouldn’t be taken for granted, with even the £300 OnePlus Nord CE 2 opting for a mono speaker.

Both screens have 90Hz refresh rates, though they default to 60Hz. You also get a 180Hz tough sampling rate with the M4 Pro, which means it's nice and responsive for fast-paced action games.

But the main talking point here is the switch to AMOLED panel technology – the first of its kind to appear in Poco’s M-series, no less. This makes the Poco M4 Pro screen infinitely more vibrant than the Poco M4 Pro 5G’s LCD, with greater dynamic range, deeper blacks, and purer whites.

In the default Vivid mode, it achieves 100% sRGB, 87.5% Adobe RGB, and 100% DCI P3, which is a strong result. You can get a better, more natural output by switching to the Standard mode, which will result in a very accurate Delta E of 1.05 as opposed to 3.49 in that Vivid mode. The closer to 1 the better here, so you can see there’s a pronounced difference.

The M4 Pro’s SoC seems to have a much faster CPU than its 5G brother, though, with an average Geekbench 5 multi-core score of 1836 comparing very favourably to the 5G’s score of 1582.

Conversely, the Poco M4 5G chip seems to have a slightly better GPU, with all of our GFX Bench benchmark tests revealing an advantage of a few frames per second over the Poco M4 Pro.

In real-world terms, there isn’t a great deal between them. The M4 Pro feels nice and slick, if not super-silky like a true flagship.

The model I’m testing runs 6GB of RAM, but there is an 8GB model out there. Regardless, the Poco M4 Pro can make use of Xiaomi’s Dynamic RAM Expansion Technology, which can borrow 3GB of internal storage from the 128- or 256GB of ROM for extra memory.

Talking of storage, there’s a microSDXC slot for expansion purposes.

The Poco M4 Pro features a triple-camera system led by a 64Mp sensor, which is the first of its type to make an appearance in the M-series. The 5G model, for the record, utilises a 50Mp sensor.

By default, the camera takes 16Mp shots using 4-in–1 pixel binning, but you can opt to go all-in with 64Mp shots if you so wish.

This main sensor is backed by an 8Mp ultra-wide and a 2Mp macro sensor. And yes, the latter is as pointless here as it is almost everywhere else.

Image quality is pretty decent, at least when fed with plenty of light. Colour reproduction is nice and natural, with little in the way of over-processed punching up.

There’s no telephoto here, so the phone crops in using the main sensor. Having a higher megapixel count helps, with less of a drastic drop in detail – provided you don’t examine those shots too closely. This might be where you want the full 64Mp.

The 8Mp ultra-wide predictably lacks detail, but the tone isn’t completely removed from the superior main sensor, which is a big advantage. It is more prone to overexposure, though, which is kind of inevitable at this end of the market.

Night mode doesn’t compete with more expensive phones but does a creditable job of brightening up scenes. 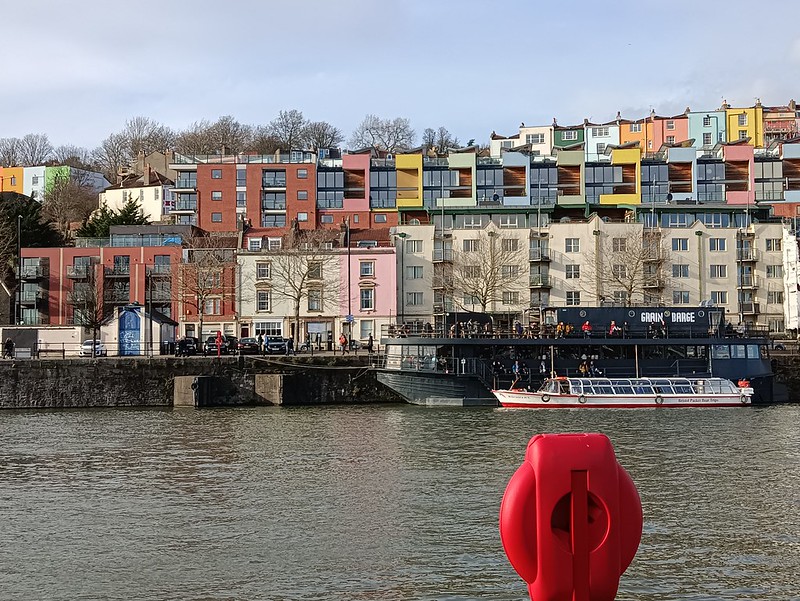 The 16MP front camera is capable of capturing some nice sharp selfies, but you’ll want to turn off the skin smoothing tool that’s annoyingly active by default. Selfie Portrait mode does a basic job of accentuating the subject, but it does eat into edge details a little too much, creating a disconcertingly smudgy effect around your face and body.

The Poco M4 Pro is powered by a 5000mAh battery. That’s nice and large, but also pretty typical of phones in this pricing category.

As with other budget contenders, it’s good for a full day of heavy usage and potentially a full two days of light to moderate usage.

What’s interesting is that the Poco M4 Pro performed slightly better than the M4 Pro 5G in our standard battery test. Running the PCMark Work 3.0 battery benchmark, which simulates a phone’s battery performance under a sustained but mixed load, the Poco M4 Pro lasted 10 hours and 56 minutes, compared to 10:39 for the 5G.

This is surprising because the M4 Pro 5G’s MediaTek Dimensity 810 is much more energy efficient than the M4 Pro’s Mediatek Helio G96. Evidently, that AMOLED display is making a difference here but it still falls well behind the likes of the Redmi Note 11, however.

Charging speeds are very similar to the Poco M4 Pro 5G, as you’d expect given the identical battery size and the exact same 33W charger supplied in the box. I was able to get from 0 to 29% in 15-minutes, and up to 59% in half an hour. A full hour on charge got me right up to 99%.

The Poco M4 Pro runs on MIUI 13 layered on top of Android 11. It’s still not the most appealing Android skin, with its gauche icons and the full-page notification that pops up every time you install an app.

It’s simple enough to use, though, with Google Feed to the left and an iOS-like split between the control center and notification pane. This can be deactivated according to your preference, of course.

There’s still way too much pre-installed bloatware, from a needless second web browser in Opera to a whole folder full of third party apps like LinkedIn and WPS Office. You also get a whole bunch of third-rate games.

Even so, MIUI is getting to be quite comfortable to use these days, even if that’s merely because it’s so ubiquitous.

You can currently buy it from Poco or Amazon and we imagine more retailers soon.

Check out more options in our best budget phone chart.

The Poco M4 Pro takes things in a surprisingly different direction to the Poco M4 Pro 5G. Though you may lose 5G connectivity, you gain quite a bit more in return.

It enables the inclusion of the first AMOLED display in the series, as well as the first 64Mp main camera.

It’s debatable whether the Poco M4 Pro’s unique design is any better than its brother’s, but the fact that some effort has gone into making it different is worthy of praise. It’s undeniably a little more compact and thus easier to use single-handed, too.

Throw in more generous RAM and storage options, and you have a well-equipped budget phone that just feels that tiny bit more premium than its close brother.