Should I buy the Samsung Galaxy Tab S6 Lite?

A great mid-range tablet for students and casual users, but not quite as impressive as the previous Tab S5e.

If you’re on the search for a secondary device to use for steaming and other odd jobs, then you may want to consider the Samsung Galaxy Tab S6 Lite - with a clean finish, decent battery life and quick performance to get you by.

Whilst it's not powerful enough for those who are searching for a tablet for professional use such as graphic design, it’s a great mid-ranger for somebody looking to manage their day, chat with their friends and watch a video or two.

If you’d like to know more, I spent some time with the Galaxy Tab S6 Lite to see how it performs in everyday life.

Coming in at 7mm thick and a weight of 467g, this is a slim and portable tablet that slips into a small backpack with ease. The back of the tablet is made from aluminium rather than glass, which will protect it from smashing instantly if you happen to be on the clumsy side.

This tablet comes in a choice of two colours - either Angora Blue or Oxford Grey - the version I tested. It looks and feels premium, with a 10.4in display and a 81.6% screen-to-body ratio to compliment.

Ports wise, you get a USB-C slot for charging, and fortunately the headphone jack is back (thank god), giving you the option of using traditional wired buds for your music should you wish. Impressively, the tablet design is still nice and slim even with the inclusion of the jack.

You don’t get a slot for the S Pen on the back of the device as you do with the Tab S6, but this design feature wasn’t something we found to work particularly well anyway.

The S Pen is magnetic and will attach to the tablet either on the sides of the tablet or most places on the back (apart from the left, likely due to the camera), but won’t stay if you’ve got it rattling around in your bag. I recommend purchasing a case if you really want to keep both devices together.

The pen is however the only connected accessory you get with this tablet - you do not get a keyboard, nor any POGO pin for one. If you want a keyboard, you’ll have to purchase a third-party Bluetooth one.

The Tab S6 Lite has forgon a fingerprint scanner completely. There is face recognition software, but personally I found this to not always be successful in unlocking the device, especially in lower light. That meant I had to rely on a good old-fashioned PIN - which wasn’t too much of an inconvenience for me but that all comes down to personal preference.

The Tab S6 Lite forgoes an AMOLED display altogether in favour of an LED screen. Whilst the colours are still relatively rich and contrasting, this is still a sacrifice for a more affordable device. Interestingly, the Tab S5e still packs an AMOLED display, so this is a step down from the previous generation for Samsung.

Sound quality on the Tab S6 Lite packs a punch, with two speakers placed on the top and bottom of the tablet in portrait mode. These speakers are powered by Dolby Atmos Surround sound, producing crisp and rich audio for a little device.

In the UK, you can only get the Galaxy Tab S6 Lite with 4GB RAM and 64GB storage, but in other markets such as the US you can get double the storage, with a 128GB version also available.

This tablet runs on an Exynos 9611 Octa Core chipset, which is a decent all-rounder processor that’ll allow you to do some light gaming and undertake multiple tasks without the tablet becoming overwhelmed.

Obviously if you’re looking for a device for more intense programmes such as photo or video editing, you’re better off looking at a more expensive model with a more powerful chip. The Galaxy Tab S6 comes with a Snapdragon 855 processor and 6GB RAM for comparison, which will allow you to take on more heavy-duty apps.

You can multitask quite easily on this tablet with the inclusion of split screen and pop-up windows, allowing you to browse three different apps simultaneously. This is especially useful for students who may have note-taking apps up at the same time as a calendar, or a virtual lecture.

Speaking of students, the S Pen makes note-taking on this tablet a real breeze. There’s hardly any latency when writing or drawing, and things such as handwriting to text on apps like Samsung Notes is simple-to-use. Considering that many tablet users have to fork out extra for a stylus (like the iPad 10.2 and the Apple Pencil), this is a big plus for the Tab S6 Lite.

You can see how it performs in comparison to rivals in our internal benchmark scores below:

Packed with a Li-Ion 7040mAh battery, you won’t have to worry about the Samsung Galaxy Tab S6 Lite running out of battery quickly. I got around eight to nine hours worth of usage in real-time, streaming and using social media.

This seems pretty accurate in the benchmark tests also - with the tablet achieving 9 hours and 58 minutes from full to flat in Geekbench 4, and 8 hours and 3 minutes in PCMark for Android.

This tablet supports fast-charging with a 15W charger, which means you can give it enough juice if you need to quickly charge it before you head out the door. I managed to charge it by 22% in 30 minutes from 0%, and around two and half hours to completely charge to full.

This tablet runs on Android 10 and Samsung's One UI 2.1 skin. The Android experience works mostly well, with all your Google features quick and responsive, and the layout clean and easy to use.

Occasionally apps such as YouTube struggled to load when turned from portrait to landscape, but that’s more likely down to the gyro and processor combined in the tablet rather than the OS.

It’s also worth noting that some apps such as Twitter and Instagram aren’t quite optimised for the larger screen size that you get in landscape mode. This isn’t a fault of Samsung - as most other Google apps are laid out just fine - but it's something to keep in mind.

If you’re wondering whether this tablet can function as a makeshift PC, then perhaps think again. Unlike the Tab S6 or even the Tab S5e, this tablet doesn’t come with DeX, Samsung’s software that is designed to transform your tablet into a more PC-like interface to work with a keyboard accessory.

Because this feature is missing from the Tab S6 Lite, you’ll have to be content with typing on the Android versions of Google Docs and Microsoft apps. If this is a real dealbreaker, then it's worth considering some other tablets around the same price point.

The rear-camera comes with an 8Mp sensor and an f/1.9 aperture lens. For a tablet main camera, it’s relatively modest but works well enough in bright daylight or indoors.

There’s no night-mode adaptivity you might have on a smartphone. In general it’s a good enough camera to get by, and about what you’d expect on a tablet of this price point.

The front-facing camera has a 5Mp lens, which provides a clear enough picture for selfies and video calls - although the colours do look a little washed out. The built-in microphone is relatively clear, but just be careful on where you’re holding the tablet to avoid blocking any of your audio.

If having a better camera is a must-have, then it’s worth considering the flagship Tab S6, which boats a 13Mp main lens, a 5Mp wide-lens and an 8Mp front-facing camera. 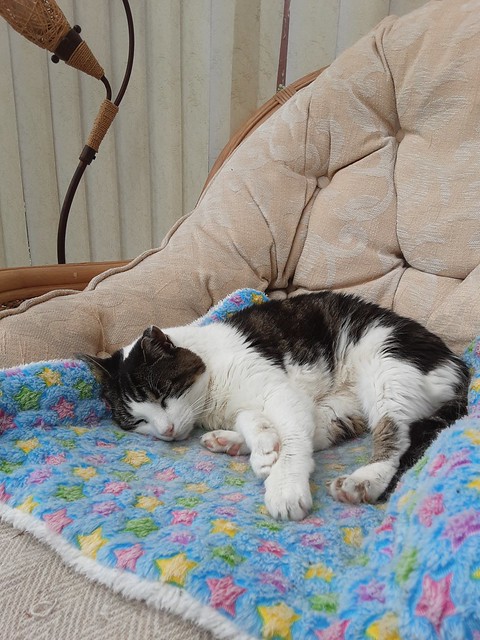 The Galaxy Tab S6 Lite currently retails from £349/US$349 for the Wi-Fi version, and around fifty pounds/dollars more for the LTE variant. In the UK, you can pick it up directly from Samsung, Amazon UK and Currys. In the US, you can also buy it from Samsung, as well as Amazon US and Best Buy.

You would think that this would be a step up from the Tab S5e, but that’s not actually the case. The Tab S5e still trumps the Tab S6 Lite in numerous areas, including the display, battery longevity and the inclusion of DeX. That said, the pricing is around the same as the Tab S6 Lite, starting from £329/US$349, despite being a year old.

Even with the inclusion of the S Pen and the newer software on the Tab S6 Lite, I’d argue that the Tab S5e is still better value for money at the time of writing.

Of course, this tablet will devalue over time quicker, so in the future the Tab S6 Lite is still a viable alternative, providing you aren’t too fussy about an AMOLED display or a quad speaker setup.

The other direct competitor to the Samsung Galaxy Tab S6 Lite would be the iPad 10.2. Design wise, the Tab S6 Lite has a much more refined display in comparison to the bulky bezels that the iPad sports.

In addition, the Tab S6 Lite comes equipped with that handy little S Pen - whereas the iPad comes with no stylus at all. If you want the official Apple Pencil, that will set you back a cool £89/US$99.

The iPad does however come with a bigger battery life and a fingerprint scanner, and retails for around £349/US$329. Of course, you’ll also have to be comfortable with an iOS ecosystem as opposed to Android.

You can see how this device compares to rivals in our roundup of the best tablets on the market right now.

If you’re searching for a basic productivity and entertainment device rather than a laptop replacement, then the Samsung Galaxy Tab S6 Lite is a real contender. It’s got a great featherweight design, is suited to streaming and is a brilliant tool for note-taking if you’re a student.

However, it’s not the only contender in this mid-range tablet space. On paper, the Galaxy Tab S5e still trumps this tablet, but realistically not everyone will be able to notice the differences between the two. However, due to the small price differences, it's worth looking at both and seeing where your preferences lie.

Still, there’s no denying that performance is solid on the Tab S6 Lite. It looks good, works well, and all in all is another solid tablet from Samsung that won’t break your bank.