Should I buy the Samsung Galaxy S10 5G?

As of July 2019, we don’t recommend a 5G contract given the high cost, sparse coverage and minor speed gains. Despite this, the Galaxy S10 5G is an incredible phone with class-leading design, cameras and display.

One UI is Samsung’s best ever interpretation of Android, the 4500mAh battery is generous and thanks to the bezel-less design this 6.7in phone isn’t too huge. This would have been a five star phone if it weren't for the fact 5G prices simply aren't worth the expense.

Samsung just couldn’t afford to miss out on 2019’s raft of Android smartphones with ‘5G’ at the end of its already convoluted S10 product names. Meet the Samsung Galaxy S10 5G.

Unlike the OnePlus 7 Pro 5G and Oppo Reno 5G that are physically identical to their 4G versions, the S10 5G is a different phone altogether. It has a larger screen, bigger battery and an extra camera in comparison to the S10 Plus.

Does that mean it’s worth the asking price of over a grand or a high-cost contract in the UK? I tested the S10 5G on Vodafone’s sparkly new 5G network to determine whether it’s worth it or whether you should a cheaper, still excellent, regular S10 or S10 Plus.

It's worth bearing in mind that the Galaxy S20 range is here to replace the S10 phones. There's also the Galaxy Z Flip, Samsung's second folding phone.

The S10 5G is available direct from Samsung for £1,099 locked to either Vodafone or EE in the UK. On 8 August it will also be available on O2. This gets you 256GB storage and a phone in silver or black.

In the US the phone locked to Verizon, T-Mobile or Sprint costs from $1,299 direct from Samsung, with contract prices for each carrier starting at around $50 per month.

If you’re comparing the phone to the 4G line up of S10 devices then the S10 Plus costs a full £300 less. It has a slightly smaller display and battery, one less camera and 4G connectivity. We reviewed it here (spoiler, it’s great).

Bigger, but is it better?

The S10 5G is a large phone with a 6.7in display but boy oh boy does that display look incredible. As long as you’re not irked by the two cameras in the cut-out at the top right then it’s practically bezel-less too.

Perhaps it’s because I have become used to large phones but even with my small hands I didn’t find it too enormous, something I can’t say for the OnePlus 7 Pro.

That said the screen does lack the 90Hz refresh rate of the 7 Pro, but Samsung’s is right up there with OnePlus in terms of vibrancy, colour and viewing angles. It’s also the best phone screen for viewability in direct sunlight, there’s no competition.

My review unit of the S10 was crown silver, which is a half matt half gloss finish and looks great with hints of pink and blue while hiding more fingerprints compared to the black model.

Samsung has nailed the right amount of curvature to the edge of the S10 5G, meaning despite the lack of bezels there is still a rim to hold onto. That rim also has a headphone jack, meaning the S10 and LG V50 ThinQ 5G are the only two 5G phones in the UK to have one. AKG headphones in the box with the S10 sweeten the deal, too and the dual stereo speakers are plenty loud without distorting.

This is my personal favourite design of all the 5G phones on the market currently as I’m not a huge fan of the pop-up cameras of the OnePlus, Oppo and Xiaomi options. I also like that the S10 5G has improved hardware (screen, battery, cameras) over the 4G versions, something not true of any other current 5G phone.

Ain't nuthin but a 5G thang

Now, why do you need 5G? It’s at a premium in 2019 and is nowhere near being available countrywide. Vodafone launched in Birmingham, Bristol, Cardiff, Glasgow, Liverpool, London and Manchester. Latterly it has extended it to more towns including Wolverhampton, Stoke and Plymouth.

I tested the network with the S10 5G in London where Vodafone recommended only three specific areas where I’d find the best connection, not exactly attractive for most people given the price. The same is the case for every included city – none has anywhere near blanket coverage.

My experience of 5G on the Galaxy S10 5G was more varied than I found on EE’s network using the OnePlus 7 Pro. I went to Pentonville Road between King’s Cross and Angel in London where the coverage checker said I’d find 5G. I did indeed, but found that an iPhone 8 on Vodafone’s 4G network got a whole 100Mbps better connection than the S10 on a 5G connection (note the 5G symbol in the status bar of the S10):

Vodafone’s 4G network is whip quick in these supposed 5G areas, and I can’t recommend the extra spend in order to hop onto the 5G network at this stage. The benefits are not worth the extra spend on the contract. I also found that I had to stand in the exact spots Vodafone told me to be, otherwise I never saw a 5G connection. EE's coverage in London seems wider already.

But the fact you have a 5G capable phone does mean that you will generally get a faster 4G signal in certain areas. This is not because normal 4G contracts are throttled by Vodafone, but rather the 5G masts the S10 5G can access have fewer people connecting to them given 5G’s infancy. This means the 4G those masts broadcast are also being used by fewer people, so the 4G connection is faster.

That said, this is also true of EE, where I found speeds to be consistently faster. Of course, this is only my experience of 5G in my city, but is representative of the young technology and its inconsistencies.

As ever, I benchmarked the S10 5G against similar phones and, unsurprisingly, this is one of the most powerful phones ever made. I had the European Exynos 9820 version, but if you’re in America the phone rocks the more energy efficient Qualcomm Snapdragon 855.

Storage is generous at either 256GB or 512GB while RAM is 8GB for every model. If you want more RAM, you'll have to go for the 4G-only S10 Plus ceramic version that costs the same £1,099.

As you can see the S10 5G scored some of the best results ever and holds its own next to Snapdragon 855 phones and even the super-fast iPhone XS. I experienced zero slowdown in my time with the phone – though Samsung does have a bad track record when it comes to RAM management. Hopefully this phone will be different, but it’s something to bear in mind.

The S10 5G has an extra camera on the back compared to the S10 and S10 Plus. As well as the 12Mp main, 12Mp telephoto and 16Mp ultra-wide lenses there’s also a time of flight 3D sensor.

This, Samsung says, allows for even better reading of depth so your portrait mode shots should be even better. The other practical application on the phone is Quick Measure, an AR app that lets you measure objects. It’s not the most useful, but means the S10 5G can take advantage of any similar app in the Play Store where others can’t.

Much like the S10 and S10 Plus, these cameras and incredibly good. The ultra-wide angle is so useful to have, and I missed it when I changed phones. The telephoto lens allows for 2x optical zoom but there’s a decent quality 10x digital zoom too.

The 10Mp and 8Mp front facing cameras take decent selfies and adds a 3D depth camera just like the back set of lenses. It’s a very versatile set up as long as you don’t mind the cut-out design (I don’t).

The cameras are outstanding, even if they are practically the same as the S10 Plus. The bokeh effect in live focus mode (what Samsung calls portrait) is quite aggressive but it's still one of the most versatile and capable smartphone camera set ups ever made. 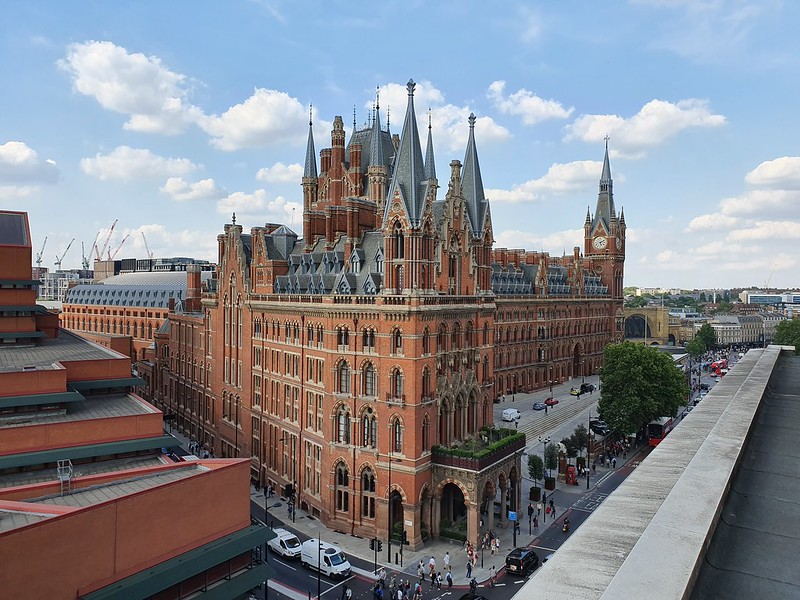 The extra cost of the phone is justified not only by the 5G capabilities but the fact it has every phone feature under the sun. There’s IP68 waterproofing, a headphone jack (with AKG headphones in the box), wireless charging and even wireless powersharing for charging other Qi compatible devices. It’s the most fully featured phone you can buy.

The ultrasonic fingerprint sensor is also one of the best on the market and an improvement on the less reliable optical sensors on phones like the OnePlus 6T and 7 Pro. Once I learned the area of the display that it was in, it worked every time and while it’s not as accurate as a physical sensor, I prefer it to a rear mounted one.

Samsung’s One UI over Android 9 Pie is much better than older iterations of its skins. It’s still quite different from stock Android or Google’s skin but I have fallen for its charms. No additions feel unnecessary and little touches like white space at the top of first party apps so your thumb can reach the first item on a menu are thoughtful and the systemwide dark mode is great to have.

That said I still prefer the three traditional Android navigation buttons compared to Samsung's gesture system, which uses too many up swipes to be intuitive. The iPhone X series' gestures are still the best and most natural.

The Samsung Galaxy S10 5G is not only the best S10 phone, it’s one of the best phones you can buy full stop. It is therefore frustrating that at present you can pretty much only get one on an expensive 5G contract, or SIM free but locked to a network.

Its hardware improvements over the S10 Plus are subtle enough (screen size, battery size and cameras) to improve it while not turning it into a cumbersome juggernaut of a device.

The cameras are outstanding, the display is class-leading and the crown silver model is one of the best-looking smartphones out there. This is a truly outstanding device, so it’s a tad frustrating that it’s only a 5G phone as it stands – as most people shouldn’t fork out for a 5G contract until the coverage is country-wide.