Should I buy the Samsung Galaxy A8?

The Galaxy A8 is still a good buy if you want an affordable phone with decent specs, and don't mind it being a little old.

It's a sort of Galaxy S9 mini so will be attractive to those looking for a cheaper Samsung handset. There are some strong mid-range rivals though.

There weren't many interesting new smartphones at CES 2018 but Samsung has got a pocket rocket in the form of the Galaxy A8. We’ve taken a look at what can be described as a better late than never Galaxy S8 mini. Here's our in-depth Galaxy A8 review.

The Galaxy A range of devices has come a long way in a relatively short space of time and now effectively offers a cheaper and slightly lower spec version of the flagship S range, while keeping some of the key features and design traits.

Galaxy A8 Price and availability

Although the Galaxy A phones have got a lot better over the past couple of years, they have also increased in price.

The Galaxy A7 2016 was £399 and this new Galaxy A8 is £449 RRP available to buy from retailers such as Carphone Warhouse and Amazon. That's the same price at the OnePlus 5T which is a tough phone to go up against in terms of value for money. There's various prices on Amazon US.

At full price, the Galaxy A8 has tough competition including the Nokia 8 and Honor View 10.

Galaxy A8 Design and build

We’re glad Samsung ditched plastic in favour for a combination of glass and metal on the A range back in 2016 and that hasn’t changed here. The Galaxy A8 is really not far off the Galaxy S8 in terms of look and feel.

It’s quite easy to confuse the A8 with its premium brother apart from a few small things. The display doesn’t have the curved dual edge but does have quite small bezels, so most of the front is take up by the screen.

It has a 75 percent screen-to-body ration compared to the S8’s 83 percent.

That means, like the S8, that the home button is no longer and the fingerprint scanner is on the back of the phone. It’s much easier to reach and use underneath the camera rather than beside it, though, just like the newer Galaxy S9.

A small difference compared to the S8/S9 is that there’s no dedicated Bixby button on the side. We’re not particularly fussed about this.

It is a little thicker than both the S8 and last year’s A7 at 8.4mm but it doesn’t feel chunky at all. It’s not the lightest phone at 172g, but again this isn’t a handset that gives a sense of being overly heavy.

Samsung continues to do a good job by offering IP68 waterproofing (up to 1.5 meters of fresh water for up to 30 minutes) and a headphone jack. There’s no wireless charging despite the glass rear cover that, like most, is a little slippery.

In the UK, the Galaxy A8 will be available in black, gold and orchid grey colours.

Galaxy A8 Specs and features

As you’d expect, the Galaxy A8 is the best phone in the A range to date in terms of specs. For all intents and purposes, it can be thought of as a Galaxy S8 mini – just not in physical size.

The display is the main upgrade since the Galaxy A7 because Samsung has, for the first time, brought the Infinity Display to the A range.

So the Galaxy A8 has an on-trend 5.6in 18:9 screen and as mentioned earlier, this means most of the front is the display and the home button is gone. It looks great and somewhat helps justify the inflated price.

It might not have the dual edge feature of the S8 but Samsung has to keep something for the flagship. Also, the resolution is slightly lower at 1080x2220 but that’s still an impressive 441ppi. It's also brighter than average at a maximum of 355cd/m2.

You don’t get the edge panel then but you do get attractive rounded corners and the always-on feature. So the A8 displays some information (there are a few different layouts to choose from) even when the phone is locked – without using much power.

Inside the Galaxy A8 is Samsung’s own Exynos 7885 processor. It’s a small upgrade on the 7880 found in the A7, still with eight cores but at higher clock speeds. It also has the Mali-G71 GPU found in the Galaxy S8.

As previously, there’s 32GB of storage and a microSD card slot for adding up to 256GB more. However, there’s now 4GB of RAM instead of 3GB which is welcome.

In our benchmarks, the Galaxy A8 doesn't perform as well as we expected. Rather than putting up numbers similar to phones of a similar price, like the Nokia 8 and Honor View 10, it's around the same level as devices a lot cheaper.

That said, this is a case of the phone performing differently in benchmarks to real life. We've found it suitably responsive and smooth during our time with it. The main improvement from the A7 is in the graphics department.

These days, there’s nothing overly exciting about connectivity on a phone. We’ve essentially reached a status quo of features, following gimmicks like infrared transmitters to control TVs and the like.

So the Galaxy A8 has the usual array of things including Bluetooth 5.0, dual-band 11ac Wi-Fi, GPS, NFC and offers Cat 11 LTE. There's no heart rate monitor as found on the Galaxy S phones.

As you’d expect, the phone has USB-C but retains the headphone port which is good to see.

Oddly, the single speaker is placed on the side of the phone above the power button. It doesn't make a huge difference compared to the normal position next to the USB port. The speaker itself sounds pretty average.

When it comes to photography, it appears that the A8 is doing things backwards to most other phones. Instead of having dual rear cameras and a single at the front it has the reverse.

So at the front are 16- and 8Mp cameras, both f/1.9, and one of the main reasons for this is so you can use Live Focus. This gives you a bokeh effect blurring the background and you can adjust the amount of blur afterwards. It works pretty well and is unusual to find on a front camera.

You can also switch between them to “take the type of selfie you want” – either blurred background or not, but really they are pretty similar in terms of how much you can fit in the frame (76- and 85 degrees) so you'll probably stick with the 16Mp option for the better detail.

Sadly they don’t offer autofocus and are limited to 1080p video recording, but you do get Auto HDR. You can also play with the beauty mode if you care and there's a 'wefie' option to fit more people in - it's essentially a panorama with the front cameras. 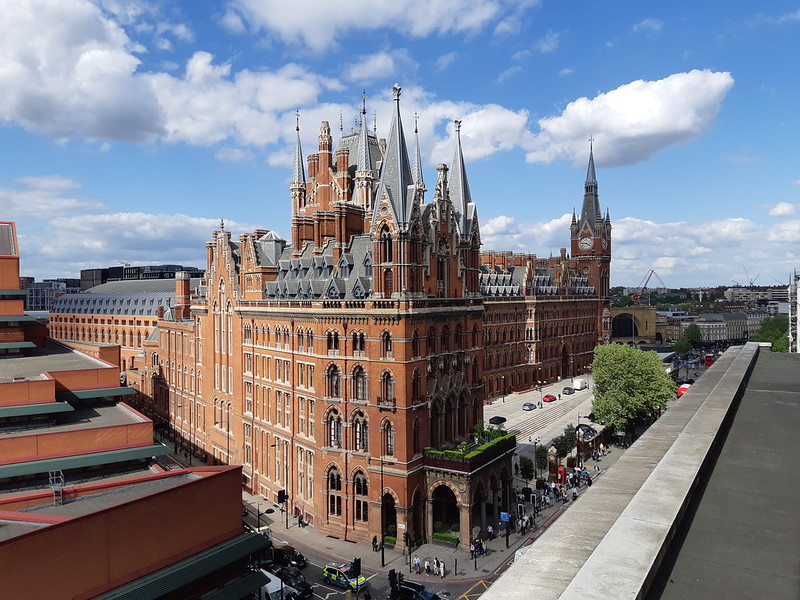 At the back is a lone 16Mp with a Galaxy S8 matching f/1.7 aperture. It offers phase detection autofocus and a single LED flash. We’d like to see optical image stabilisation and video recording higher than 1080p at 30fps but again, Samsung needs to separate the flagship level.

Overall, we're impressed with the cameras on offer here. The rear camera offers detailed and colourful shots and also works well in low light. It's at the front where the A8 stands out with lots of features you don't find elsewhere for selfie lovers.

The battery size is still 3000mAh, which is about average for smartphones in general these days.

In our Geekbench 4 battery test, the A8 only managed a disappointing four hours and 30 minutes with an efficiency score of 2700. For context, the Moto G6 was able to go twice as long and scored 3516.

Like the performance benchmarks, this is something of an anomaly as we've not had any real issues with the A8 lasting through a day of normal usage.

When it comes to charging, the supplied USB-C charger offers Fast Charging. Starting from zero, you can get a decent 39 percent from a 30 minute charge.

Galaxy A8 Software and apps

The Galaxy A8 doesn’t ship with the latest version of Android but comes with 7.1 Nougat instead which is a shame and really, we expect more from a brand like Samsung. The firm has started work but it's odd that the older A7 has already started receiving the update.

Samsung’s interface is pretty simple and clean these days and although there’s no dedicated Bixby button on the side like the S8 and S9, it’s a swipe away from the main homescreen. This is instead of Google Assistant on many phones and you can't change it if that's what you would prefer.

You can still use the Google Assistant via the app and we still think it's better than Bixby, but try them both out if your new to this sort of feature and see what you like. There's nothing stopping you using both.

Overall, it's a very similar experience to the Galaxy S range as you get pre-installed apps from Samsung, Microsoft and Google. You also get features such as Multi-Window and Samsung Pay. It's also the first A phone to support the Gear VR headset.