Should I buy the Samsung Galaxy A50?

There are better mid-range phones out there, but the Galaxy A50 is a great choice for those wanting an S10 without the flagship price.

It's got a great screen, decent cameras and an attractive design. We're just not so keen on the fingerprint scanner and the performance can lag at times.

Samsung has a huge range of Galaxy A phones to choose from with the A50 being one of the most prominent. It's affordable and yet seems to have many features from the Galaxy S10, so what's the catch? Find out in our full review.

To quickly explain, the Galaxy A series is lower down than the flagship S models and cover a large range of prices. Most are mid-range and a higher number means a more premium device. So the Galaxy A30, for example, provide something even more wallet-friendly.

The Galaxy A50 is now out in the UK and can be purchased from the likes of Samsung, John Lewis, ebuyer and Vodafone. The official price is £309. Amazon has it for just £255 if you want the black colour.

Our review sample was provided by AO Mobile, where the A50 is available on contract from £29 per month.

It's also available on other markets at 349 Euros and $319 in the US where you can get it from Newegg or Amazon.

That's nicely affordable when you consider that previous devices, like the Galaxy A8, was £449 at launch. Still, there is tough competition in this market with the likes of the Moto G7, Pixel 3a, Honor 20 and Xiaomi Pocophone F1.

Although Samsung has skipped notches on the Galaxy S10 range to the punch-hole camera option, the Galaxy A50 (and others in the range) have a teardrop, or waterdrop if you like, notch curving round the camera.

It doesn’t impact much on the screen really and if you haven’t had a phone with a notch before then you’ll probably get used to it quicker than you think.

You don’t get a glass back here but the plastic feels fairly close to glass actually and retains premium impression. However, the phone is IP68 waterproof, which is good to see. There’s also USB-C and a headphone jack, the latter of which is getting quite rare.

That plastic build helps keep the weight down (166g) and the A50 is only 7.7mm thick which is decent for a mid-range handset. Overall, it feels nice, especially for a large size phone.

The Galaxy A50 comes in black, white, blue and coral.

Despite being a huge chunk cheaper than the Galaxy S10, the Galaxy A50 has a really nice screen. It’s 6.4in, uses SuperAMOLED tech, and has a Full HD+ resolution. That's perhaps more than you would expect for just over £300.

It’s bright, crisp and colourful and is one of the A50’s best features. The tall aspect ratio, like so many phones now, does make it a little hard to reach the top portion and watching most video content will result in black bars at either side, although that does mean the notch doesn't have an impact.

You'll noice that there's no fingerprint scanner on the back, but Samsung isn't relying on facial recognition here. There's a scanner embedded in the screen, which is another thing you probably wouldn't expect at this price. It's just optical rather than ultrasonic as per the S10 and we've found it to be pretty hit and miss overall.

It's possible to place your finger on the screen while it's off to unlock it but it's pretty difficult to guage the right position with no guidance. Waking the screen up shows you where the scanner is, though.

You get, somewhat surprisingly, a fairly high-end processor in the form of the Exynos 9610. There’s 4- or 6GB of RAM paired with either 64- or 128GB of storage. The most common model we can see online is 4/128GB and that's what we've been testing.

That's a decent amount of strorage for the price and and in true Samsung style there’s a microSD card slot so you can add up to 512GB more.

Performance on the whole is pretty good, but it's certainly not flawless. The A50 is liable to occasional lag and a lack of responsiveness - not always when being pushed hard either. To an extent, this is what you get for a phone at this price point but there are more powerful rivals out there in the mid-range.

It might also be a surprise to learn that the A50 has no less than three on the back and a 25Mp selfie camera in that notch. The rear is not the same as the S10 phones, though. There’s a 25Mp camera flanked by an 8Mp wide-angle option and a 5Mp depth sensor for Live Focus (Samsung's portrait mode).

Overall, the cameras are pretty good and produce quality results when lighting is good. There's a decent amount of detail and colours are accurate. Things get pretty noisy in low light and the night mode doesn't make a huge amount of difference.

It's handy to have the wide angle option and the third sensor helps portrait mode cut the subject out. As you can see in our gallery, it's not always perfect, though.

We're pretty impressed with the front camera, which is 25Mp and supports HDR. The Live Focus portrait mode works well, even without a depth sensor. 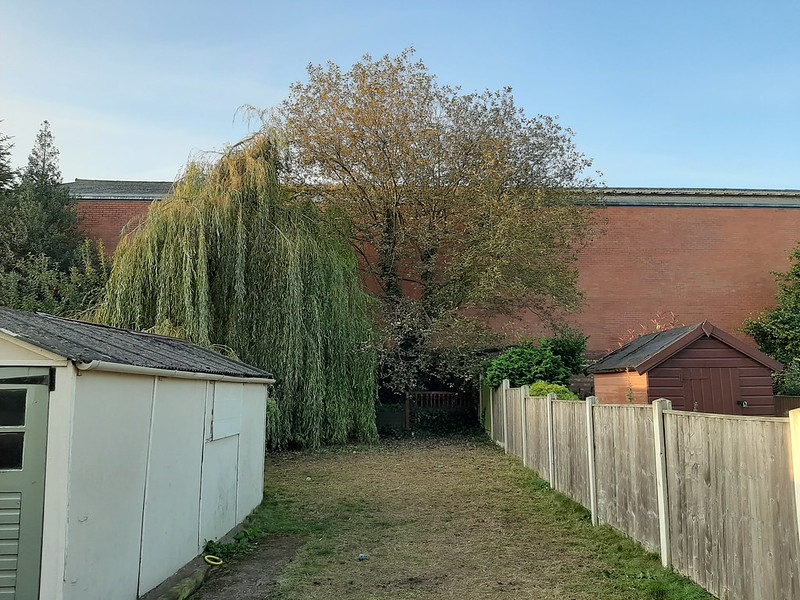 Like the A30, the Galaxy A50 has a 4000mAh battery and15W fast charging. There’s no wireless charging here but that’s fairly understandable at this price point. A total of five hours a 49 minutes in the Geekbench 4 battery test is reasonable and we've found the phone to comfortably last through a day with mixed usage.

In our usual charging test, the A50 reached 33% in half an hour starting from 0. That's another reasonable result, but nothing to write home about. Still, it means you can get a good few hours of usage from a relatively short top up.

When it comes to software the A50 runs Android 9.0 Pie. It has Samsung’s One UI, which you’ll also find on the S10. For Samsung, it's clean and fresh look along with some handy features, although you'll have to delve into the settings menu to discover many of them.

Whether you want to use Bixby, Samsung's Alexa and Siri rival, is another matter. It has its own screen - Bixby Home - a swipe away from the homescreen and the firm also provides its own apps alongside Google's for things like gallery and internet.

One small pet hat of ours is the way the app menu is a virtical swipe from the homescreen but then is split into horizontal pages.

There really is a lot to like about the Galaxy A50, which can be though of as a sort of faux flagship Samsung smartphone. It's like an S10 but at a much more affordable price.

We like the attractive design which is waterproof and lightweight. You then get some amazing hardware and features for your money inlcuding a really nice screen, decent cameras and 128GB of storage.

It's not all plain sailing though, as the fingerprint scanner isn't very reliable and performance can be sluggish at times. So there are better mid-range phones around this price or a little bit more if you heart isn't set on Samsung.

Take a look at the Honor 20, Pixel 3a and Xiaomi Pocophone F1.