Should I buy the Realme GT Master Edition?

The Realme GT Master Edition excels with its design and display, but the camera and processor reflect the price drop from the original GT

After the release of the Realme GT earlier this year, Xiaomi has followed up with the GT Master Edition. Unlike previous Realme Master Editions, this contains a completely new chipset, camera features and new design options.

One of the defining traits of the Realme GT Master Edition is the range of finishes that it comes in. The grey version (designed by Naoto Fukasawa) sports a corrugated back that resembles a suitcase. This also comes with a matching protective case in the same style.

Realme generally offers quite daring finishes across its GT line but if Fukasawa's most ambitious offering is a little too much for your tastes, the phone can also be had in a less striking and divisive plain white or smooth black.

A design for the fearless explorers. 🧭

The #realmeGTMasterEdition is the first in the industry to be made with concave vegan leather, specifically to replicate the horizontal grid of the suitcase. pic.twitter.com/2jRMAU5YNT

The Realme GT Master Edition measures 159.2 x 73.5 x 8.0mm. Like the majority of phones from the brand, it’s on the larger side, so isn’t as easy to use one-handed. Despite its larger size, however, it's great for enjoying media on the go and remains relatively lightweight, at 174g.

The volume button sits on the left, whilst the power/lock button is on the right. You get a USB-C port for charging, a dual-SIM slot and a 3.5mm headphone jack.

The phone's super linear speakers support Hi-Res Audio and whilst output is quite loud and punchy, it’s slightly on the tinny side, in comparison to other devices I've tested.

The Master Edition lacks any sort of certified water or dust resistance, so may be vulnerable to drops or being used in bad weather; despite the undertones of travel its design is supposedly inspired by.

The phone's sizeable stature pays off with a 6.43in screen boasting a 91.7% screen-to-body ratio. Realme has used a Full HD+ Super AMOLED panel, which produces bright, colourful images and pleasing contrast. When using the phone under direct sunlight, you'll likely experience some glare, but generally, on-screen content remains visible.

With a touch sample rate of 360Hz, the phone is quick to respond to gestures; ideal for mobile gamers, while the under-display fingerprint sensor worked like a charm.

You can choose between three refresh rate options: 120Hz, 60Hz or auto select. For the best balance between picture and battery life, I’d suggest using auto select, as locking the phone to 120Hz drains the juice quicker.

The chipset is the biggest difference between the Realme GT and the Master Edition. This phone comes with the Snapdragon 778G, while the GT features Qualcomm's flagship-class Snapdragon 888.

The 778G typically finds its way into premium mid-rangers, like the Xiaomi 11 Lite 5G and Samsung's Galaxy A52. Those scores are reflected in our benchmarking tests, where you can see the differences between this and the regular GT.

Despite the obvious performance shortfall versus its namesake, it’s still a perfectly capable chip in real-world use; provided you’re not planning on buying the Master Edition with top-tier mobile gaming or heavy-duty tasks in mind. I found only occasional lag on some apps, such as YouTube and Twitch.

The phone's Snapdragon chip is paired with either 6GB of RAM and 128GB of storage or 8GB of RAM and 256GB worth of storage. I tested the 8GB/256GB SKU, which offered plenty enough room for everything I needed. There sadly isn’t a microSD card to expand your storage any further, though.

Like a good majority of mid-range phones, the cameras on the Realme GT Master Edition are a bit of a mixed bag.

The sensor setup is made up of a 64Mp main camera, with an f/1.8 aperture. Joining it is an 8Mp ultrawide sensor, with a f/2.2 aperture and rounding the module out is a 2Mp macro camera, with an f/2.4 aperture. On the front, there’s also a 32Mp hole-punch selfie camera with an f/2.5 aperture (a Sony IMX615 sensor, to be precise).

The main lens can produce some great photos when capturing landscapes, objects and people – lighting conditions permitting. Details are sharp and textures look good but colours appear overtly bold when taken on a bright, sunny day. Even when turning off AI and the HDR feature, shots tend to look oversaturated and not true-to-life.

Low light performance isn’t the best, with details becoming muddied and colours appearing lacklustre. Night mode does help with this a little bit but doesn’t create a drastic enough of a change, while also taking a little while to process.

The ultrawide camera loses out on detail when compared to the main sensor and colours are slightly duller too. Like most ultrawides, it's best for travel shots or big group photos.

Just as on the standard GT, the macro lens isn’t particularly easy to use. There's no guidance within the viewfinder to inform you whether or not you’re at the optimum shooting distance, and the resultant images are generally underwhelming.

The front-facing camera does a good job at capturing details and textures, but again colours look a little overblown. As an example, when taking selfies with a light in front of me, the camera highlighted the light reflected in my eyes so much so that I looked like an anime character. 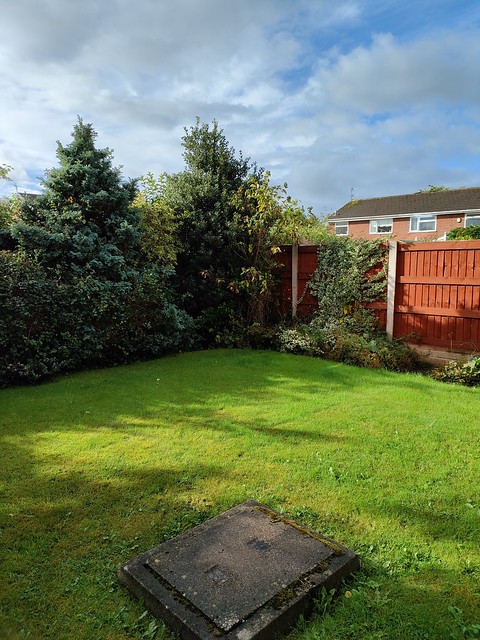 Artificial bokeh when shooting in portrait mode, using the front camera, also sometimes missed the odd hair or detail, blurring them out of the photo incorrectly.

The Master Edition also touts a dedicated street photography mode – developed in partnership with Ricoh, as well as a 'street shooting filter' from Nomo Cam. It is undoubtedly a niche feature, and you'll likely be hard-pressed to spot differences when comparing shots taken with this mode switched on, versus when it's off.

For video, the Realme GT Master Edition can shoot in 720p, 1080p or 4K resolution, at up to 60fps. There isn’t any OIS (optical image stabilisation) but the inclusion of EIS (electronic image stabilisation) helps keep videos reasonably smooth, and sound is picked up well from the built-in dual-microphones.

The Realme GT Master Edition boasts a 4300mAh battery. Realme doesn’t claim any figures on its website but under general use I managed just over a day and half out of this phone. Internal testing also proved impressive, with the device achieving 10 hours and 4 minutes in the PCMark10 battery test.

If you’re a big fan of fast charging tech, then this is the phone for you. The device comes equipped with a 65W charger in the box, which juices it up to a whopping 96% in 30 minutes flat.

As you would expect on a phone of this price, there is no wireless charging support.

The Master Edition features Android 11 with Realme UI 2.0 on top. My main complaint about the user experience is that there’s some pre-installed app clutter; including PUBG and SoLoop, that some users are just plain unlikely to use. Fortunately, you can uninstall these, if you want more room for your own apps.

As Android skins go, it’s not too bad. It’s maybe not as clean as Oppo’s, but if you’re used to pure Android then you shouldn’t find too many differences with Realme's user experience.

There’s a whole section for digital wellbeing, where you can pause apps, set timers/limits for them, and change your interface to have a bedtime mode, with a greyscale screen and a do not disturb function. There’s also Heads up, which allows the phone to remind you if you’re using it whilst walking to keep your eyes on your surroundings.

Realme has always managed to produce competitively-priced phones and the GT Master Edition is no exception. The phone starts from £274.76/US$399 for the 6GB/128GB model – a good price for some of the specs you get. The cost for the model I tested (8GB/256GB) is still wholly respectable, at £304.95/US$449.

For comparison, the vanilla Realme GT costs £473.76/US$599. Whilst not available from big tech stores or on contract, you can get it imported region-free from AliExpress, Amazon UK and Amazon US.

If you want similar performance for less, you could opt for something like the Poco X3 Pro. This includes a big battery and the same amount of RAM and storage. The main sacrifices are the cameras and charging speeds, though.

It's also important to consider that, having been out on the market longer, the price of the standard Realme GT has dropped since it first launched; so for only a little extra you can actually nab yourself a true flagship killer. If you want to see other rivals, take a look at our roundup of the best mid-range phones available right now.

The Realme GT Master Edition does retain a lot of the great features from the standard model: a great display, big battery, solid software and fast charging speeds. The unique suitcase design and inclusion of a headphone jack also make it quite desirable for a low-priced, mid-range phone too.

However, the processor downgrade and the overblown colours on the camera make this a little less competitive compared to the original GT – even with the lower starting price. What's more, there are rivals that offer more impressive performance and value, which will stand you in better stead in the long run.