Should I buy the Realme 7 Pro?

The Realme 7 Pro is an excellent phone with a gorgeous screen, solid performance and impressive battery life, but if you value a high refresh rate display the regular model is a better pick.

Six months on from the release of 6 series, Realme is back with another assault on the ultra-competitive affordable phone market.

One of the biggest criticisms of Chinese manufacturers has been the long delay between devices launching in Asia and then coming to Western markets. That’s not the case here, with the Realme 7 and 7 Pro arriving in Europe just a few weeks after they were first launched.

The move reflects Realme’s growing reputation for budget handsets globally, although there are some significant differences between the two devices in its late 2020 lineup. The processor, graphics card, front-facing camera, screen, battery and charging speeds all vary, and it’s not as simple as paying more for better specs across the board. Here’s our review of the more expensive Realme 7 Pro.

The Realme 7 Pro is an attractive phone which is extremely comfortable to use, but it certainly lacks the premium feel of some similarly priced handsets. That’s due in part to the plastic back and sides, although I noticed three clear benefits. The phone is much more durable and resistant to fingerprints than an all-glass phone, while at 182g it’s lighter than most handsets on the market. In my opinion, this makes it worth sacrificing a glass back, especially as you won’t be looking at it much.

What you will be looking at is the display, a gorgeous 6.4in AMOLED at a resolution of 1080x2340. I believe the benefit of having an OLED display outweighs the lack of 1440p or higher, although that comes down to personal preference. The results speak for themselves - the 7 Pro provides a rich, vibrant viewing experience with great colour accuracy. It also gets impressively bright, meaning outdoor visibility isn’t a problem.

However, my one big disappointment is that the screen is only 60Hz, particularly when there’s a 90Hz option on its cheaper sibling. I know it seems ultra-picky at this price point, and the standard Realme 7 does make sacrifices in other areas, but I can’t help thinking how much more impressive the 7 Pro’s screen would be if it had a high refresh rate. It feels like a significant step down from the 90Hz, 120Hz and 144Hz devices I’ve tried recently, but it won’t be a dealbreaker for most people.

The display itself is punctured by a single 32Mp front-facing camera, which can also be used for face unlock. The other biometric option for unlocking the phone comes via an optical in-display fingerprint scanner. Its performance is consistent with my experience on other phones: impressive when it works, but not the most reliable and more dependent on accurate finger placement than the physical equivalent.

Flipping the phone back over, one of the most noticeable design elements is the sizeable rear camera bump. This houses four lenses – 64Mp main, 8Mp wide, 2Mp macro, 2Mp depth – which we’ll talk about in detail later. It produces a very noticeable wobble when placed on a flat surface, perhaps why Realme chose to include a clear plastic bumper case in the box. That’s the only part of the phone that I’d be worried about damaging case-free, and it seems unnecessary for the module to protrude so much.

The Realme 6 series had some wacky rear designs, so the 7 Pro is rather muted by comparison. The Mirror Blue model that I tested is joined by a similarly understated Mirror Silver.

The big news on the sides of the device is the retention of the 3.5mm headphone jack, while the downward-firing speaker combines with the earpiece to produce an impressive stereo setup. Having the volume controls on the opposite side to the power button took some getting used to, although it’s definitely not the first phone to do this.

The Realme 7 Pro comes with a Snapdragon 720G processor, which manufacturer Qualcomm claims “enhances the mobile gaming experience”. This works in tandem with the Adreno 615 graphics and 8GB of RAM to provide a compelling alternative to more expensive gaming handsets.

From time spent playing graphically demanding titles such as Call of Duty: Mobile and Asphalt 9, as well as more casual games such as Candy Crush and 8 Ball Pool, I can confidently say that the Realme 7 Pro is a great all-round gaming phone.

While you do miss out on that high refresh rate, performance remains smooth and lag-free, while the excellent speakers contribute to an immersive experience. You can rest assured that the performance on offer here will help give you the upper hand over most players you come up against.

As tends to be the case, this solid performance extends to everyday usage. With the exception of multiple simultaneous downloads during the setup process, I experienced no slowdown while browsing the web, scrolling social media or checking email.

Unlike the regular model, you can only buy the 7 Pro in one configuration, the 8GB of RAM paired with 128GB of storage. The latter is also expandable via the microSD card slot, so you shouldn’t have any problems with the device running out of space.

While you do miss out on the aforementioned high refresh rate, you can rest assured that the performance on offer here will help give you the upper hand over most players you come up against.

Like Xiaomi with the Poco X3, Realme has realised that not including 5G is an easy way to keep costs down without consumers feeling like they’re missing out. Very few people are in a position to use 5G currently, and the company’s six-month update cycle means it can easily include the tech in future Realme phones.

Refreshingly for a Chinese phone, there’s not much to report on the software side. The Realme 7 Pro comes running Android 10, with an update to Android 11 expected soon.

Out of the box, the operating system is very similar to what you’d get on Pixel phones, with nice touches such as Digital Wellbeing and the Google Discover feed retained. There are some subtle changes to the app drawer and quick settings menu, but nothing feels out of place or confusing.

While it’s frustrating to see bloatware, including Realme’s own version Clock, Settings and Gallery, but they don’t hinder the experience too much. The fact that the device is being released in Europe means it’s fully optimised for Western audiences. That means full access to Google Mobile Services, something that can’t be guaranteed if you'd have to import the phone.

The other notable software feature is again one that’s usually reserved for gaming phones – the Game Space app. This works in largely the same way as the likes of the Black Shark 3 and Red Magic 5S, aiming to boost performance and reduce distractions for a more immersive experience.

The Realme 7 Pro comes with the now-customary quadruple rear cameras, the main 64Mp sensor joined by 8Mp ultrawide, 2Mp macro and 2Mp depth sensors. A higher megapixel count doesn’t always lead to better image quality, but there is a noticeable improvement when compared to the 48Mp main lens on the Realme 7 that’s coming to the UK.

In general, images from the 7 Pro have an impressive level of detail and decent dynamic range, although tend to struggle with exposure. I was testing the camera on a cloudy day, and a lot of the detail in the sky was lost. Shots are generally true to life, although the saturation is dialled up significantly if you turn on AI.

One area that pleasantly surprised me was the portrait-style shots. The depth sensor tends to offer very little benefit on many phones, but it does a good job here. Edge detection isn’t perfect, but I was impressed with the images it produced.

There's also a dedicated night mode, but you’ll have to be patient – the camera UI recommends you keep the phone stable for a few seconds while it processes. It’s not the best night mode I’ve seen but does a decent job of brightening any existing light in the shot without looking artificial.

You can get some nice shots using the 32Mp front-facing camera, but be prepared to play around with lighting as it can struggle with exposure at times. 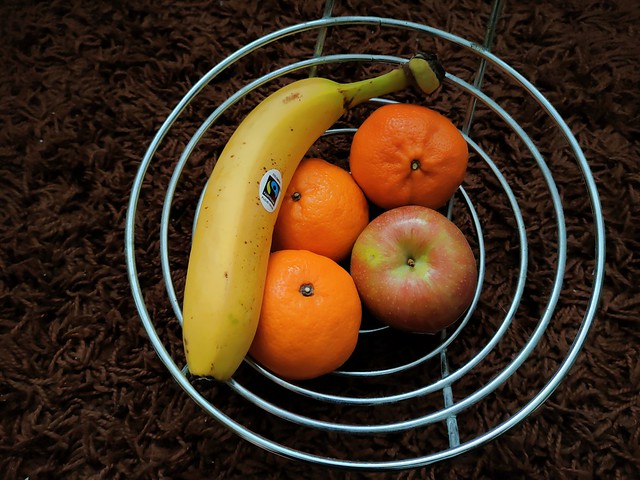 On the video side, the Realme 7 Pro can shoot up to 4K at 30fps, which is standard for most cameras these days. The built-in electronic image stabilisation (EIS) does a decent job, but it’s not something I’d recommend for anything more than casual use.

Here’s one area where the Realme 7 Pro excels. The 4500mAh battery is actually smaller than the 5000mAh cell you’ll find in the regular model, but the combination of a lower refresh rate and more power-efficient OLED technology means it lasted much longer in our tests.

Incredibly, I recorded exactly 12 hours and 5 minutes in both Geekbench 4 and PCMark’s battery tests, despite the testing process varying hugely. A follow-up test of the latter produced a time of 12 hours and 25, but this gives you a great idea of what to expect from the phone.

It was able to comfortably last me two days of moderate usage, although I wasn’t gaming during that time. Once you do run out of juice, the Realme 7 Pro’s 65W SuperDart charging will get you back up to full capacity in no time. Realme claims you can get a full charge in just 34 minutes, and my recording of 92% in 30 suggests that’s not far wide of the mark.

There's no wireless charging here, but the ultra-fast wired speeds more than make up for it.

The Realme 7 Pro is only available in one configuration at launch in the UK: 8GB of RAM and 128GB of storage for £279. It's on sale now via Realme’s UK site and Amazon.

That puts it just out of reach of our best budget phone chart, but the best handsets under £250 still provide stiff competition. The likes of the Poco X3, Xiaomi Redmi Note 9S and the regular Realme 7 are compelling alternatives, and it’s not clear whether the 7 Pro quite justifies the higher asking price.

Nonetheless, when looking at the phone in isolation there can be no doubt that you're getting a lot for your money here.

You’ll pay as much as £100 more for the Realme 7 Pro than its regular sibling, but it’s not as simple as saying it’s an upgrade in all areas. The 60Hz display and 4500mAh battery are inferior on paper, while the Full HD screen's resolution is exactly the same.

However, it’s a stunning OLED panel as opposed to LCD, while the improved power efficiency means battery life is streets ahead. 65W fast charging is a joy to behold, while the Snapdragon 720G processor delivers significant performance improvements.

The cameras aren’t perfect, and the software’s not for everyone, but Realme has once again produced a great phone at a low price. The only thing that making me reluctant to recommend it to everyone is the sheer number of great budget handsets, many of which undercut the 7 Pro on price. This includes the standard 7, which is the Realme phone to go for if you value a high refresh rate.