Should I buy the Oppo Find X5?

With a great screen, good cameras, speedy performance, and fast charging, the Find X5 deserves a place on your shortlist.

As the middle child, sitting between the Lite and Pro models, the regular Oppo Find X5 is easy to overlook. Even Oppo itself dedicated just four pages to the phone in its reviewer’s guide, compared to over 40 for the Pro.

To be fair, the Find X5 is so similar and shares so many of the Pro’s features that it didn’t warrant going over the same ground again. Then again, while Oppo would like you to think it’s virtually identical but cheaper, there are many subtle differences that mean it is quite a different phone overall.

The question is, is it a better buy than the Xiaomi 12 or Galaxy S22? Arguably it is, but to explain why, let’s get into the detail.

If you’re familiar with the Find X5 Pro, then the X5 looks mostly identical. It has the same quirky 75° ‘organic curve’ beneath the camera module but aside from the distinctive design, this offers no practical benefit.

Maybe I’m being harsh – and I am left-handed so would need a leftie version for the curve to be at all ergonomic – but once you put a case on (and most buyers surely will) the curve becomes almost flush and certainly not a useful resting place for your finger.

The main difference in terms of construction is that the X5 doesn’t have the Pro’s ceramic back. Instead, it’s matt glass which is super smooth and sparkles in sunlight.

It’s surprisingly slippery, but at least you won’t need to clean off any fingerprints.

You might assume that it’s the same chassis as the Pro, but it’s a couple of millimetres narrower and shorter – and 0.2mm thicker.

Crucially, the absence of ceramic means it’s 22g lighter, bringing it in under 200g. Unfortunately, there’s no IP rating as with the Pro, meaning there's no guarantee that it'll be safe if it gets wet.

You do still get the same tough Gorilla Glass Victus protecting the screen, and the same Oppo, Hasselblad, and Powered By MariSilicon logos which – as my colleague Dom noted in his X5 Pro review – detract somewhat from the design. At least the regulatory wording and logos aren’t easily visible on the black version I was sent for review.

You’d be forgiven for not noticing but the Find X5’s display is ever so slightly smaller than the Pro’s. But it isn’t just size: the resolution and the underlying tech are different too. Where the Pro has a WQHD+ LTPO panel, the regular X5 uses a lower-resolution FHD+ LTPS display.

Put simply, it means the X5 doesn’t support variable refresh rate and therefore can’t help conserve power as the Pro’s screen can - though it does have the same peak 120Hz refresh rate.

While the 2400x1080 resolution is arguably disappointing at this price, it’s honestly a non-issue in the real world. And because this is still a 120Hz AMOLED screen capable of 1000 nits of brightness (or 500 nits across the whole screen), it looks great in just about any situation except direct sunlight.

Colours are vibrant, viewing angles excellent, and especially when you watch HDR content, contrast is superb.

The stereo speakers appear to be identical to the Pro’s, meaning the X5 is great for watching videos and playing games.

Naturally, there’s no 3.5mm jack as the expectation is that you’ll use Bluetooth headphones. There’s support for aptX HD, too, but you could buy a USB-C to minijack adapter if you prefer your existing wired headphones.

So far, cost cutting measures include a lack of water-resistance and lower-resolution screen, but there are others. Instead of the latest 8 Gen 1 processor, X5 owners must make do with last year's Snapdragon 888 and ‘only’ 8GB of RAM.

Actually, this isn’t a burden at all, as performance is almost indistinguishable from the X5 Pro. Partly that’s because of the lower resolution, but it means the Find X5 feels like a flagship phone to use.

Perhaps the 888’s limitations will become clearer in future, but with current benchmarks, it doesn’t lag behind at all: it even keeps up with the 8 Gen 1’s scores in Geekbench 5.

Like the Pro, there’s only one model and it comes with 256GB of internal storage. The dual-SIM tray won’t accept any type of card-based storage, so there’s no way to expand upon it locally.

Connectivity, then, is identical to the X5 Pro with the same 5G support, Wi-Fi 6, Bluetooth 5.2 and NFC.

Battery capacity is roughly what you’d expect from a modern flagship-level phone, and it comes from two separate internal batteries – not that this fact makes any difference whatsoever to battery life. With normal use, you’ll get through a day but not a lot more.

There are various power-saving modes that can help to extend this, but unless you keep the screen brightness low, avoid games or any other processor-intensive apps, you’re not going to see multi-day battery life.

Like the Pro, you get an 80W SuperVooc charger in the box, and watching the percentage (displayed to 2 decimal places) race upwards on the home screen is a sight to behold.

That’s hardly new in the world of flagship phones, first seen back on Huawei’s Mate 30 series if memory serves, but at 80W this means you’ll get around 60% charge from empty in just 15 minutes, and a full charge in a little over half an hour.

Wireless charging – at 30W – isn’t as impressively fast as the Pro’s 50W, but as you’ll need to buy a special AirVooc charger for either of these speeds, it’s not a major disadvantage. It'll still work at slower speeds on a standard Qi wireless charger of course.

The Find X5 supports wireless reverse charging, allowing you to top up another device wirelessly in an emergency.

With only minor differences between the cameras on the Find X5 and X5 Pro, having similar photography and video capabilities at a lower price is one of the X5’s main attractions.

No, you don’t get the 5-axis OIS for the main camera and the 32Mp selfie camera has a lesser Sony sensor and a lens with a narrower field of view, but otherwise, the setup is the same between the two phones, including that new MariSilicon X neural processor.

So, it’s no surprise that the Find X5 delivered fantastic photos in good light. They’re sharp and detailed, with reliable exposure and colour – and that applies to all three cameras.

Low-light performance isn’t as good as Oppo would have you believe, though it’s far from bad. In really low light the night mode can’t do much, but when there’s some ambient light around at night, shots from the main camera can be more than merely useable. 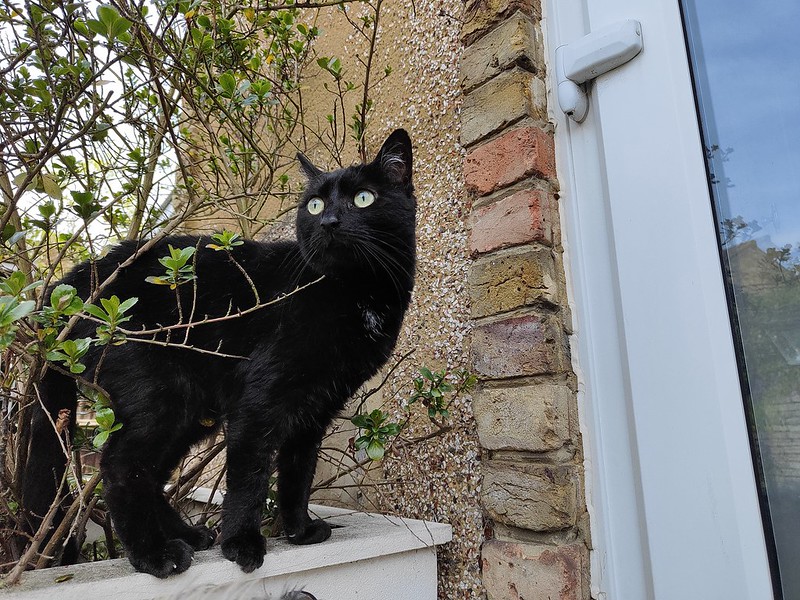 That’s the only lens to benefit from OIS, which helps to counteract handshake – the enemy of sharp images when low light forces slow shutter speeds.

Selfies are sharp and detailed in good light, but as ever, the lack of a front-facing depth sensor means the blurred background in portrait selfies can often look fake.

Video defaults to [email protected], though if you go into the settings the Find X5 is capable of [email protected] You do lose some features above 1080p though, such as the use of the Ultra Steady Pro stabilisation.

The other notable feature is AI Highlight Video, which means HDR. It helps to preserve detail in highlights and shadows in bright light, as well as improving footage shot in low light.

The Oppo Find X5 comes with Android 12 and Oppo’s ColorOS 12.1, which retains a fairly standard Android look and feel.

Without fiddling around with settings, you can swipe up from the bottom to access the app drawer, swipe right from the home screen to see your Google Discover feed, and down from the top for the notification tray.

Of course, you can customise and tweak everything to your heart’s content, including what’s shown on the always-on screen (which is disabled by default). There’s even a fun feature where you can pick an image, such as a selfie, and generate a cartoon-style outline to be shown on that always-on display.

From the sidebar you can access various shortcuts such as the calculator, screen recording and screenshot tools, and this can become a floating window on top of another app.

There are lots of accessibility features, split up into vision, hearing and interaction. There’s even a colour vision test so you can personalise the colours to suit you.

A variety of privacy features help to protect your data and you by using encryption for your photos, contacts and messages, while notification icons tell you when the camera or microphone are being used.

Bloatware isn’t too bad, including apps such as AliExpress, Booking.com and others, but you can remove any that are unwanted.

Oppo says its flagship phones – of which the Find X5 is certainly one – will get three Android version updates, so you can expect it to end up on Android 15 at some point in the future.

It’s available to buy from Oppo directly, or Amazon or Currys in the UK.

On contract, you can get a Find X5 from Vodafone (which kindly loaned us the X5 for this review), Carphone Warehouse, EE, O2, or Sky Mobile.

We're working to round up the best deals out there on the phone, so make sure to read our guide to where to buy the Find X5.

For alternatives, see our roundup of the best Android phones or even the best mid-range phones if you’re after something less expensive.

At this price, it’s hard to criticise the Oppo Find X5. It looks good, feels very well built, has a bright, vivid screen that’s great for entertainment, brilliant cameras on the whole, and performs just as well as any flagship. No matter how hard you push it, there’s never any stutter or lag.

It is possible to find areas where improvements could have been made, though not necessarily at this price. Chief among these is the lack of an IP rating, so you need to be careful not to get the phone too wet. The cheaper Pixel 6 as well as the more expensive Galaxy S22 are both IP68 rated. The Find X5 isn’t alone though: the Xiaomi 12 also isn't IP-rated.

Elsewhere, you could find cause to moan about the fact storage isn’t expandable and that the 256GB model is the only choice.

You might even say the Find X5 is a little too expensive and that the telephoto lens has only a 2x zoom. But with rivals failing to offer anything noticeably better for the same cost, the X5 surely deserves a place on your short list along with those already mentioned, plus others such as the OnePlus 10 Pro.