Should I buy the Oppo Find X3 Lite?

The Oppo Find X3 Lite excels when it comes to fast charging, display and software, but the camera is hit and miss.

The Oppo Find X3 range has now launched in the UK, and the cheapest handset of the bunch is the Find X3 Lite - a mid-range phone that serves as the successor to the Find X2 Lite.

Above it sits the Find X3 Neo and then right at the top of the price bracket is the high-end Find X3 Pro. Oppo fans will no doubt spot that this phone is actually a rebranded Oppo Reno 5 – which is available to purchase in other parts of the globe.

If you’re wondering whether the Find X3 Lite is the phone for you, then keep on reading.

The Oppo Find X3 Lite sports a nicely refined look and feel. The plastic rear comes in Starry Black or Astral Blue, while the Galactic Silver variant weighs a tad more overall (180g), as it's covered by glass, instead. I tested the blue variant and was a big fan of the vibrant and glossy finish that accompanies the matching metal material along the edges and on the camera module.

It's easy to tell that this is plastic when you feel it, however, and you’ll certainly notice a difference between this and a more premium phone. On the plus side, the textured finish doesn’t pick up any grubby fingerprints when you hold it.

At 7.9mm thick and a weight of 172g, this is both a slim and lightweight device. Like other Oppo phones, it is on the larger side. Whilst this is great for watching YouTube and other streaming platforms, it’s not ideal for using one-handed and won’t fully fit inside a smaller pocket.

Ports-wise, you get the standard USB-C for charging, a dual-SIM slot and a headphone jack. There’s a fingerprint scanner under the display, though on occasion this didn't always work properly. The X3 Lite also features face recognition, which works fine, even when wearing glasses, but not when wearing a mask.

Unlike more expensive phones, this device doesn’t have an IP rating, so it’s not guaranteed protection against any splashes or drops. You do, however, get a case in the box and a screen protector already fitted on the phone.

The 6.4in, Full HD+, AMOLED display on the Find X3 Lite is bright and clear to use, even under direct sunlight, and you can adjust the white balance on the display to suit your viewing comfort by shifting between cool and warm tones.

It has a screen-to-body ratio of 91.7% and the hole-punch selfie camera is tucked away on the left-hand side of the screen, rather than residing within a 'waterdrop' notch, as it was on the previous generation. All these things allow for a nice and nearly uninterrupted display.

The phone comes with a 90Hz high refresh rate – a decent figure for a mid-range device that matches the likes of the OnePlus Nord, and welcome news for any mobile gamers out there. You can either keep the high refresh rate at all times, conserve battery life by switching to 60Hz, or let the phone dynamically choose either option depending on the task you’re doing.

The Oppo Find X3 Lite comes packaged with a Snapdragon 765G processor, which is paired with 8GB RAM and 128GB storage. Whilst it hasn’t got anywhere near the same power as the latest Snapdragon 800 series' chips, it’s still a decent piece of silicon that gives fast performance and is capable of offering up some enjoyably responsive mobile gaming.

There's no microSD card slot on this phone, so you can’t expand the storage any further, however, in the mid-range space, 128GB is pretty standard. Under our internal tests, this phone produced figures close to that of the OnePlus Nord, the Realme 8 Pro and the Motorola Edge.

The phone has 5G support – though at this point this is becoming the norm on most new phone releases so isn’t exactly a standout feature. You’ll only really see the benefits of 5G if you live in an area with the supporting infrastructure – which a lot of the UK is still waiting on.

The quad-camera setup on the Find X3 Lite is a bit of a mixed bag. It features a 64Mp main lens with an f/1.7 aperture and a closed-loop focus motor, an 8Mp ultrawide-angle camera with an f/2.2 aperture, a 2Mp macro camera and a 2Mp mono camera. On the front, there’s a 32Mp selfie camera with an f/2.4 aperture.

The standout lens of the bunch is the main 64Mp sensor. Outdoors colours are vivid and details are sharp. Even when taking a photo at 2x magnification, details are still captured well. The image stabilisation also works well on moving subjects, such as animals - no mean feat for a mid-ranger. 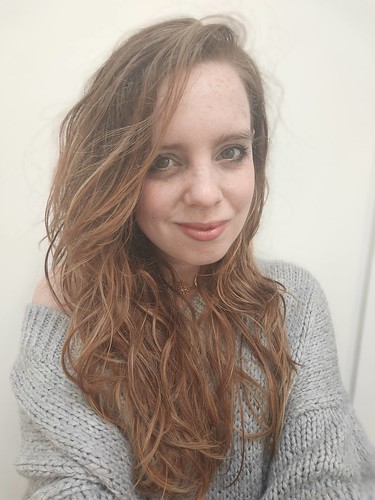 Indoors, the camera isn’t as great. Colours are more muted, and details appear less sharp and clear. If you have good artificial lighting or can take shots by a window with sunlight, the image noticeably improves.

The ultrawide lens is useful for larger landscape shots or for snapping a large group photo (when we can eventually take them) but overall, I’d say stick to the main lens where possible. Colours are noticeably duller from this sensor, compared to the main snapper, and the drop in quality is stark side-by-side.

Whilst most details whilst using Night Mode remain clear, some colours and light sources appear a little blown out. Plus, the length of time you have to hold the phone still to get a usable shot is slightly annoying. This is particularly unhelpful if you’re trying to get a dynamic snap of something that's moving, a true test for any mobile camera.

The macro mode on the camera is not good at all. I could barely get it to focus on close-up shots, and personally, you get a better picture if you just take one using the main lens and focus in on the details you want.

The 32Mp selfie camera is once again great outdoors, in natural lighting, or indoors, provided there's natural light available from a window or the like. If, however, you’re in a dimmer part of the room, details are softened and lost on this camera.

The battery life on this phone is, overall, pretty solid. I found it manages around a day and a half of average use; using social media, Google Maps, watching videos and more, in-between the working day. Both battery tests also backed up this theory, with the phone lasting over ten hours in each.

The Oppo Find X3 Lite also comes with that signature Oppo 65W wired charging, which doles out great speeds. You can juice the phone back up to a whopping 92% in just 30 minutes. Sadly, it doesn’t support wireless charging.

The Find X3 Lite runs on ColorOS 11.1 - based on Android 11. This software from Oppo is definitely one of the cleaner Android skins out there (a notable shift from its once overburdened precursors). There’s not a lot in terms of pre-installed app clutter that you can’t remove, meaning you have more room to install what you like.

You can alter the layout of the home screen to have your apps either in a standard list, a simplified list or by leveraging an app drawer. The phone features a split-screen mode for multitasking on several apps – though not all third-party apps support this type of view.

Oppo also includes a Bedtime Mode, which changes the screen to greyscale and puts on Do Not Disturb. You can either set this as a weekly schedule (with different times on each day) or set it to come on when you charge your phone.

If you're a big fan of pure Android, rest assured that this skin isn't a big departure from that, and you'll find it just as easy to use.

The Oppo Find X3 Lite is out now in the UK and is priced at £379 (roughly US$525). You can currently buy it directly from Oppo, Amazon, Currys and Carphone Warehouse. Unfortunately, the phone isn’t available in the US.

The pricing puts it firmly in the mid-range category and better yet this is slightly cheaper than what the Find X2 Lite cost when it first released (at £399).

However, it’s worth noting that this device is up against the OnePlus Nord, still the frontrunner in the mid-range space, with an excellent camera for the price. For more options, you can check out our list of the best mid-range phones.

The next Find X device up the chain is the Find X3 Neo, which bulks up the camera with a Sony IMX766 sensor, alongside a more premium design. However, all these changes push the price up to a hefty £699. Analysing the two side-by-side, the Find X3 Lite gives you more for your money.

The Oppo Find X3 Lite is a step up from the previous generation, there’s no denying it. The design improvements may be small, but overall they deliver a much more refined aesthetic and feel.

That said, the mid-range space is extremely competitive and the camera on this phone doesn’t quite match up to that of rivals like the OnePlus Nord – which boasts similar specs with a better camera, all for the same price.

Nonetheless, that doesn’t take away from the fact that this is still a solid phone, and one to consider if you want a device that strikes an even balance between good features and reasonable pricing.