Should I buy the OnePlus Nord?

The OnePlus Nord gets its priorities right, delivering flagship fundamentals without the fluff - all at an astonishing price.

OnePlus made its name undercutting flagship phones, but over time the brand slowly became exactly what it had originally set its stall against. I loved the OnePlus 8 Pro, but - like many others - noted that it is a flagship through and through, with the price to match.

Enter the OnePlus Nord. Much has been made of the company’s return to the mid-range market - even Apple couldn’t generate this much hype around an affordable phone when it launched the iPhone SE - and it’s fair to say that expectations were high.

So has OnePlus done it again? Well let’s put it this way: I moved from the OnePlus 8 Pro to the Nord for this review, and even though that phone costs more than twice as much, I’m in no rush to go back.

Design and build - Looks the part

The best thing I can say about the design of the Nord is that absolutely everybody I’ve shown it to has been shocked when I tell them it costs just £379.

The Nord looks and feels just like any other OnePlus phone - which is saying something, given that OnePlus’s flagships are among the best designed out there. It runs a little smaller, but not by much - I actually wish they’d shrunk it down further, but OnePlus doesn’t really make small phones.

Available in two finishes - Blue Marble and Grey Onyx - the Nord looks different to the flagships, but no less polished. There’s a shinier finish, rather than the matt frosted glass of its big brothers, but that makes it look different - not worse. Expect fingerprints though.

The rear camera module has moved to the corner, but otherwise things look much like the company’s flagships. You get the same controls: power button, volume rocker, and the always-welcome notification toggle, still rare on Android phones.

OnePlus has essentially made two concessions to price here. The first is the frame, which is plastic rather than the metal of the flagships. I’ll be honest, I didn’t even notice this until it was pointed out to me, and if I hadn’t just told you I suspect you wouldn’t have noticed either. It may have some impact on the phone’s durability of course, but the Gorilla Glass 5 finish on the rear & screen should help somewhat.

The bigger change is the move to a flat display. This is really a matter of taste, and I know plenty of people who prefer a flat screen to a curved one, so it’s hard to chalk this up as much of a downgrade either.

There’s also no official waterproof rating for the phone, but OnePlus does claim that it will survive being submerged for up to 30 seconds in 30cm of water, which is longer than I ever intend to keep it underwater. I’ll admit I haven’t dared test that claim myself though.

Finally, as per usual there's no headphone jack. There's also only mono sound through the speakers, but that's par for the course at this price.

Let’s talk about that display. At 6.44in it’s a touch smaller than the OnePlus 8, but it’s roughly comparable. That means it’s still a pretty sizable screen, though the 20:9 aspect ratio and slim bezels keep it usable.

The core specs are hard to complain about: FHD+ (2400x1080) with a pixel density of 408ppi, a 90Hz refresh rate, and AMOLED to boot. To be blunt, this is a better screen than some flagships are shipping with - I’m looking at you, LG Velvet - and is quite possibly the best you’ll find anywhere near this price.

Yes, you can get a 120Hz refresh rate screen for less in the Realme X50 5G, but it won’t be AMOLED. Few people will notice or appreciate the jump from 90Hz to 120Hz, but the colour depth, brightness, and accuracy of AMOLED is immediately apparent. OnePlus has made the right compromises here.

Specs - The speed you need

Speaking of making the right compromises, the biggest downgrade the Nord gets is in its chipset - and it really doesn’t matter at all.

The Nord uses Qualcomm’s Snapdragon 765G chip, which brings with it the same 5G support you’ll find on flagships - though no Wi-Fi 6, sadly. OnePlus pairs it with either 8GB of RAM and 128GB of storage, or a souped up model with 12GB RAM and 256GB storage - the one I’ve been testing.

Yes, there’s a performance gap between the 765G and the flagship 865, and it looks stark in benchmarking comparisons to the OnePlus 8. But unless you’re playing the absolute most demanding mobile games around, you simply will not notice while you’re actually using the phone.

The Nord is just as fast, responsive, and reliable as any phone you can buy right now for day-to-day usage, and will outpace many at this price.

Camera - Got it where it counts

If there’s one area where the Nord’s budget limitations show through, it’s in the camera. Not because it’s bad, but because it’s a decidedly mixed bag.

First up, the main lens is a 48Mp, f/1.75 shooter using the popular Sony IMX586 sensor - the same sensor OnePlus has used in phones since the 7 Pro, though this year’s 8 Pro upgraded to the more impressive IMX689.

This main lens is where the Nord shines. OnePlus has had the benefit of the best part of two years optimising its software for this specific sensor, and the results speak for themselves. This won’t quite match a Pixel - or even the similarly priced iPhone SE - for sheer point-and-shoot performance, but it’s pretty darn close.

Colours are bright and accurate, exposure is even, and there’s both detail in contrast in spades. Especially once you factor in the price, this camera is a clear winner.

As for video, it'll handle 4K footage at 30fps - disappointingly not at 60fps, though the selfie camera will - with OIS and EIS to keep things steady. 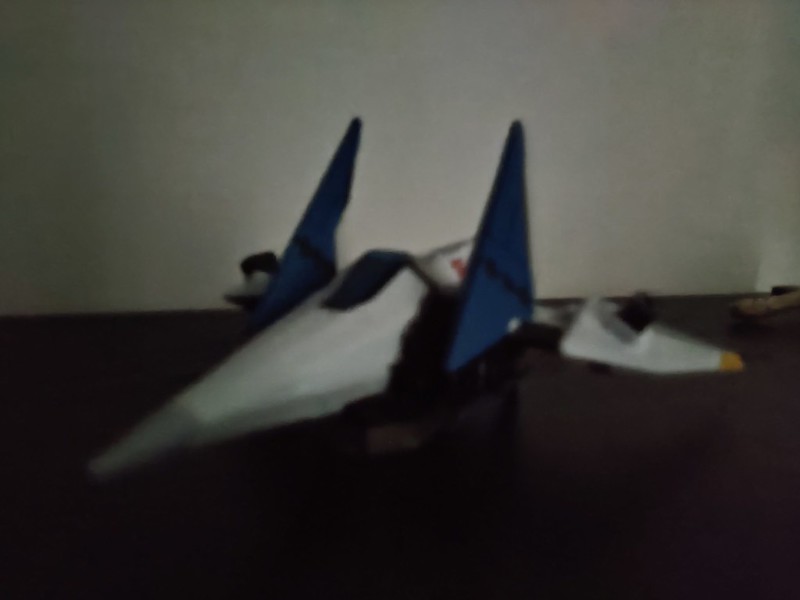 Things get a little murkier once you move to other lenses and shooting modes however. The 8Mp, f/2.25 wide-angle inevitably loses some detail, but more than that the colour balance and contrast are off. Shots expose darker than through the main lens, with extra shadow eating up that detail even more. The results aren’t bad, but they aren’t great either.

Those two lenses are bolstered by a depth sensor to help with portrait shots, and a 2Mp macro camera that is clearly only here to make up the numbers. Like most low-megapixel macro cameras, this is absolutely terrible, with low detail, awful exposure, and de-saturated colour. There is no conceivable circumstance in which you’d ever want to use this camera, but the good news is that you don’t have to: take a shot with the main lens, crop in, and you can get a fantastic close-up shot that way.

Low light photos are decent, but nothing to write home about - I suspect the 765G is slightly showing its limitations here. Still, my test shots were taken in near total darkness and the phone still managed to pick out colours spectacularly well, even if fine details are missing. Real low light shots outside at night or in dim bars should come out much better.

Finally, the front. In an unexpected twist you get two selfie cameras here, a trend that I thought had died out. In addition to a 32Mp main lens you get an 8Mp ultrawide for group shots - both f/2.45. Unsurprisingly the main shooter wins on detail and exposes for highlights a little better, but I’m actually impressed with the results out of both lenses - this is a great camera for selfie shots.

Battery life and charging speed have long been among the stronger elements of OnePlus phones, and the Nord is no exception.

The 4,115mAh easily lasts a day’s use with room to spare, though it won’t quite make it all the way through the next one.

That’s alright though, as the Warp Charge 30T fast charging was enough to top the battery up by 68% in half an hour in my testing - which is basically enough to last the day, when push comes to shove.

There’s no wireless charging, but at this price the iPhone SE is pretty much the only phone out there that does include the feature, so that’s no real surprise.

Software - Oxygen all over again

The Nord ships with Android 10, and runs the same Oxygen OS 10.5 software as the company’s other phones.

If you haven’t used a OnePlus phone before, Oxygen is arguably the best Android skin around right now. It’s clean and simple to use, but packed with customisation options if you want them, along with a few custom features like the distraction-free Zen Mode and the Fnatic-sponsored gaming mode.

Disappointingly OnePlus still hasn't added an always-on display to its OS, but the company assures fans than one is on the way, and it should be added within the next year.

OnePlus has actually stripped Oxygen back ever so slightly for the Nord by shipping the phone with Google’s Messages and Phone apps, rather than OnePlus’s own counterparts. It’s a small touch that avoids duplication and gives users access to features like RCS messaging.

There’s one final area where the Nord beats most of its Android rivals: updates. OnePlus is promising two years of software updates and a third year of security patches for the Nord, which is the kind of commitment you’ll struggle to find outside of Apple. It’s a promise that if you get a Nord, it should stick with you for at least two years if you want it to.

The OnePlus Nord is available now in Europe and India. You can purchase it directly from OnePlus, as well as Amazon, and if you're in the UK then John Lewis and Three are your other options.

There are currently no plans for a US launch, though other as-yet-unannounced members of the Nord line are expected to arrive there before 2020 is over.

It’s also impressively competitive within the wider market. Specs are similar to the £399 Oppo Find X2 Lite, but the Nord looks better and comfortably beats the Oppo on display quality. The Pixel 4a is cheaper at £349, but lacks 5G or a high refresh rate, and while the main camera lens is arguably superior, you'll get less versatility.

The Realme X3 SuperZoom offers a stronger camera setup and faster processor but you’ll have to pay an extra £100 for the privilege, while comparable specs from the likes of Samsung or LG would cost several hundred more. Even the iPhone SE costs more at £419, and that only gets you 64GB of storage.

Check out our full mid-range phone chart for more alternatives, or our pick of the best OnePlus Nord deals to see if you can find it even cheaper.

The OnePlus Nord is the best mid-range phone in the world right now. It looks and feels like a phone twice its price, with a display and main camera lens to match.

The 765G processor more than holds its own, and all of the camera lenses are solid except the forgettable macro shooter.

More importantly, you won’t find better at this price, or a better selection of the priority features for most users on a budget, with luxuries like wireless charging or an OTT 120Hz refresh rate ditched in favour of a focus on the fundamentals.