Should I buy the OnePlus 7?

The OnePlus 7 is a cautious upgrade from the 6T: the same design and the same display with beefed up specs, a new camera, and a few small software tweaks. It's not a game-changer by any means, but it is a confident, ridiculously fast mid-range device that should appeal to anyone who's been tempted by a OnePlus device before.

Those that want a true upgrade should consider the OnePlus 7T, boasting many of the headline specs of the 7 Pro.

The OnePlus 7 is an iterative update to 2018’s OnePlus 6T. This is true from the similar design down to the virtually unchanged software. Internal components have got a slight bump to the latest silicon, but otherwise the 7 represents excellent value as a better 6T for the same price as the 6T – whereas the OnePlus 7 Pro costs much more than we are used to from the company, even if it’s still less than many competitors.

But if you don’t want your phone to be absolutely huge and have a mechanical pop-up camera then the OnePlus 7 will be a better phone for you than the 7 Pro. The real story here though is that yet again, for £499 / $499, the OnePlus 7 is half the price of some of its closest rivals.

You can no longer buy the OnePlus 7 from OnePlus itself, and although but you can still pick one up from carriers like EE at the time of writing, we'd seriously recommend taking a look at the OnePlus 7T as it's way more than a simple spec bump.

At first glance, the OnePlus 7 is awfully similar to the 6T. It's got essentially the same dimensions, build, display, and notch. The colour is slightly different - Mirror Grey, a shade lighter than last year's Mirror Black, with a smokier finish - but you'd be hard-pressed to spot that unless you set them side by side.

In person you can see a few subtler differences emerge: the camera bump is more pronounced, some of the buttons have changed shape slightly or been repositioned a little, but you'd really have to know the 6T well to tell without a direct comparison.

That means you get a spacious 6.4in front screen with a small teardrop notch in the centre, and thin bezelling all the way round. Both front and back are coated in glass, with the glossy grey finish to the rear - there's also a red version, but that's only for India and China. On the back, you'll find a dual camera array centred near the top of the body.

One thing the 7 Pro has over the regular 7 is its 90Hz refresh rate display. Next to one another, the Pro’s scrolling is noticeably smoother and slicker, but also that is the case when put next to practically any other flagship phone with the standard 60Hz display. The OnePlus 7 does not have a bad display, it’s just the more expensive phone from the same company has a better one.

All this means the OnePlus 7 just looks a touch pedestrian compared to the full-screen 7 Pro with its sliding selfie shooter, but that pop-up comes with its own questions about durability and reliability that this notched design just doesn't raise. The 7 Pro is also a bigger phone, and though the 7 is not exactly small, it’s more manageable.

There's no headphone jack, but you do get dual stereo speakers, and USB-C 3.1 for charging. There's also still an in-display fingerprint scanner that has had an upgrade from last year and works a lot better, with a new lens and faster sensor area that makes scanning quicker than before. It’s still not as accurate or consistent as a physical sensor, but it’s better than on the 6T and the Galaxy S10.

Battery capacity hasn't changed either - there's a 3700mAh battery in here, with the same fast charging capacity too. Battery life has been exemplary for me – this phone just goes and goes. I regularly saw off a day still on at least 40%, sometimes 50%. You can last well into a second day unless you’re extensively using locations services, Bluetooth headphones and high screen brightness.

You don't get the faster 30W Warp Charge that you'll find in the 7 Pro but the regular 20W fast charger does just fine, topping up 50% from 0 in half an hour. As before, there's no wireless charging, and while the phone is water-resistant there's no IP rating either.

You can add wireless charging fairly cheaply, but it's not as good as having it built in.

Still, it's not all the same. So, what has changed? It might sound minor, but one of the best new things about the OnePlus 7 is its improved haptics.

A constant complaint against OnePlus phones has been the rattly, audibly buzzsaw vibration motor. There's a new one in the 7 and it is very good - it feels as good as the Pixel 3, if not as good as the LG V40 or iPhone XS.

It's a small thing but typing with vibration feedback is so much nicer when the haptics are a little inaudible clip rather than a loud long buzz.

To no-one's surprise the 7 includes the newer Snapdragon 855 processor, an upgrade from the 6T's 845. It's paired here with similar RAM and storage options (6GB/128GB and 8GB/256GB) but that storage is itself enhanced: the phone uses UFS 3.0, a faster storage medium which technically delivers faster app opening, game loading, and large file transfers.

This is hard to test and observe with regular usage, much in the same way that I can’t really (truly) tell the everyday difference in speed afforded by the upgrade to the Snapdragon 855 from the 845. The same applies with UFS 3.0 and its inclusion here is futureproofing the phone more than speeding it up in the short term. Every little helps though, even if you are a light not heavy phone user. This phone is perfectly good for both camps.

Either way, when benchmarked the OnePlus 7 got one of the highest scores we’ve ever seen on a phone at the time of writing, matching the iPhone XR and iPhone XS as well as the OnePlus 7 Pro, Sony Xperia 1 and Xiaomi Mi 9. With the UFS 3.0 and amazingly fluid animations, the OnePlus 7 (and Pro) are the fastest phones you can buy at the moment.

Arguably the bigger change is on the back of the phone. There's still a dual-camera setup, and the secondary lens is the same depth sensor as on the 6T, but the primary camera is now a 48Mp, f/1.7 shooter with optical image stabilisation - which should, in theory, produce sharper images and better lowlight shots.

OnePlus claims it’s using a new algorithm driving the photography here, with dedicated modes for improved HDR, new super resolution 48Mp shots, and an upgraded Nightscape 2.0 for better low-light shots. These are the same software upgrades as the 7 Pro but with a slightly different main lens and without the additional wide-angle and telephoto lenses.

This 48Mp lens is paired with a 5Mp f/2.4 depth sensor for portrait shots. The bottom line is that OnePlus is still lagging behind the very best in mobile photography but only the keenest eyed photographers or enthusiasts will notice.

To this writer’s eye the most impressive and technically best smartphone cameras at the time of writing are the Huawei P30 Pro and Google Pixel 3 honourable mention for the Xiaomi Mi 9). The OnePlus 7’s camera sometimes has issues with washed out skies and a brightening of scenes and colours to an unrepresentative degree. Sure, lots of popular smartphone camera software (Samsung) tend to alter images to be what it thinks look best as opposed to what’s actually there.

Check out the gallery below – landscapes often look superb, but the fruit bowl looks washed out and drab, portrait mode is inconsistent and night mode is not as accomplished as Huawei and Google’s.

If this bothers you, the OnePlus 7’s cameras aren’t quite up to scratch. But for the 99% of people who aren’t pixel peeping and obsessing over it, it’s a very good rear setup.

Round the front is a 16Mp sensor exactly identical to the one on the 6T – a perfectly acceptable camera with software smarts to do portrait selfies. You’ll be happy with the lens for selfies, group shots and video calling. It also facilitates a speedy face unlock feature, though it’s not secure enough for biometrics. 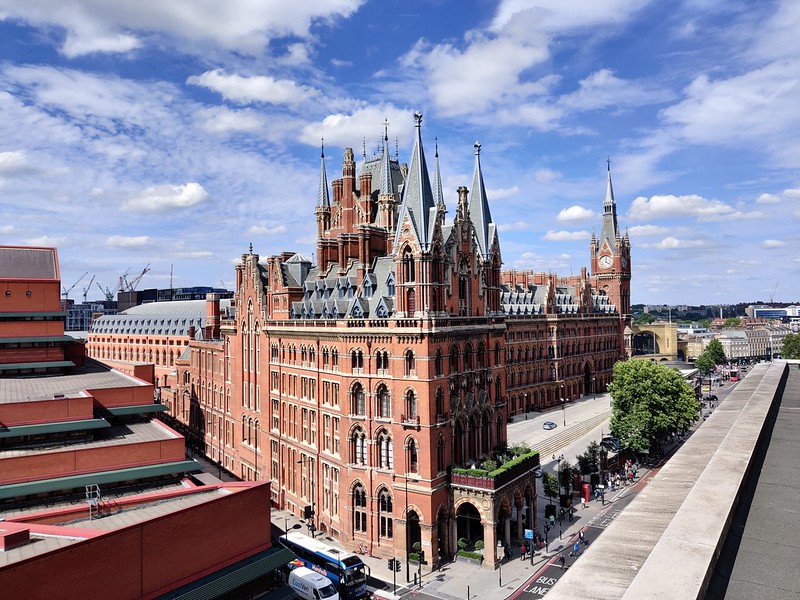 As a phone reviewer I change phones frequently but I always enjoy returning to Oxygen OS. On the OnePlus 7, the skin runs silky smooth over the top of Android 9 Pie.

When I review a new OnePlus phone it’s a bit like buying your favourite pair of trainers again because you’ve had your current pair for two or three years and they’re knackered. Everything is similar and comfortable, but it all feels new and improved and you swear they’ve changed a couple of things.

OnePlus continually tweaks Oxygen OS to improve it, particularly new features in the latest models. But it also looks after older phones, with 2016’s OnePlus 3 receiving Android 9 Pie recently (it shipped with 6 Marshmallow!).

There's a new screen recorder to record unlimited footage and audio from the phone, an improved Gaming Mode that gives you more granular notification control, and Zen Mode, which essentially locks your phone down to nothing but the camera and emergency calls for 20 minutes - with absolutely no way to switch it off. A cruel cold turkey prank waiting to happen, so don’t tell your friends.

I also love how OnePlus doesn't force you to use either Android 9 Pie's newer navigation bar, or even OnePlus' own gesture system - though you can use them if you want. By default, the OnePlus 7 has the traditional three Android navigation buttons, but the choice between three different styles is great.

The gesture system is a straight rip of the iPhone's, but to be honest that is no bad thing as it's still the best one out there.

The OnePlus 7 is a fairly cautious upgrade from the 6T: practically the same design and the same display with beefed up specs, a new camera, and a few small software tweaks.

It's not a game-changer by any means but it’s a solid upgrade from the 6T only six months later. Thanks to the existence of the more expensive 7 Pro, it’s a confident, competitive mid-range device that should appeal to anyone who's been tempted by a OnePlus device.

However, with the launch of the OnePlus 7T - complete with 90Hz display and triple camera setup - the OnePlus 7 doesn't seem as tempting an offer.