Should I buy the Nokia 8 Sirocco?

The Nokia 8 Sirocco is a really interesting device that’s completely different to its other phones. With similar design, it’s a direct rival to the Galaxy S9 with it's curved glass design.

There's no doubt this is one of the most stylish Nokia phones to date but the edges are slightly sharp and it depends if you want on-trend features like a tall aspect ratio.

Overall, the Nokia 8 Sirocco is a decent phone and we like having Android One. However, it's hard to recommend it over rivals like the Galaxy S9 which is a more well-rounded package or the cheaper OnePlus 6.

Nokia has made some decent mid-range and budget phones recently but is now taking on the big guns at the flagship end. The Nokia 8 Sirocco comes with a fancy curved glass design but bucks the main 2018 trends. Find out if you should buy it over the Galaxy S9 or cheaper options like the OnePlus 6 in our full review.

The Nokia 8 Sirocco is available now from all major UK retailers at £649.

That's not bad for flagship when you compare to the likes of the £739 Galaxy S9, but there are some bargains to be had out there. The best value phone at the moment if you ask us is the £469 OnePlus 6.

It’s actually quite interesting that the price is similar to Samsung’s new phone because the Nokia 8 Sirocco has a design that’s extremely reminiscent of the Galaxy range of late.

That’s not a bad thing unless you feel like Nokia has ripped off Samsung’s design.

Unlike the other Nokia’s that use an aluminium casing, the 8 Sirocco is almost entirely glass – more than a whopping 95 percent, according to HMD. This is vacuum-moulded Gorilla Glass 5 and it looks extremely stylish.

Like the Galaxy phones, it’s curved at the sides (front and back) and the two pieces almost meet down the sides, apart from a sliver of stainless steel which is less than 2mm thick.

The stainless steel has ‘dual diamond polished chamfers’ for grip which sounds great. In reality, the metal down the sides is so thin it feels a bit sharp. Not so much to mean the phone is horrible to hold but it could be better.

The downside of the glass rear cover is that it shows up fingerprints and makes for a slippery surface so watch where you put it down. On the plus side, it enables wireless charging.

The Nokia 8 Sirocco is thinner than the Galaxy S9 at 7.5mm and as such doesn’t offer a headphone jack, which is a shame. The phone is waterproof, though with an IP67 rating.

For whatever reason, the buttons on the side are almost flush with the frame so they're a little odd to find and use.

There are more similarities with the Galaxy range as the fingerprint scanner is rear mounted. The camera array does stick out a little way but not so much that it’s an issue, partly as it’s central.

At this price, Nokia needs to offer serious specs to go with the high-end design. On the whole that is the case but it’s not all hunky-dory.

The screen is a little different from rivals as although it’s got the curved edges like Galaxy phones, it’s also the more traditional 16:9 aspect ratio. At 5.5in it’s just a little smaller than others and not as tall.

It seems odd compared to almost every other phone that's launched this year but some users may not actually want a modern tall screen (typically with a notch). Those looking for something more traditional and manageable to use one-handed will enjoy the design here.

It’s got a 2K Quad HD resolution and uses plastic OLED technology so it's both crisp and colourful. The curved edges don't really serve a particular purpose as there's nothing like the Edge Panels you find with Samsung. They do feel nice though.

The display does have an always on feature called Glance display so can show information like the time, date, battery percentage and notifications. You can set it you only show for a short time if you like.

It also has a Night Light feature that will reduce blue light as you get into the evening to avoid stress on your eyes.

This year has been wave of smartphones with the 2018 flagship Qualcomm Snapdragon 845 but the Nokia 8 Sirocco is out of date because it’s actually powered by last year’s Snapdragon 835.

That's the same as the Nokia 8 and although it's not the end of the world, it doesn't help when comparing to rivals and when you think about future proofing.

It helps that you get 6GB of RAM and 128GB of storage as standard. However, there’s no microSD card slot so it’s not all plain sailing here. That should be plenty of storage for most users, especially if you make use of cloud storage services like Google Photos.

Thanks partly to its stock software, performance is smooth on the Nokia 8 Sirocco. As mentioned, you can get phones with the newer Snapdragon 845 and in cases like the OnePlus 6 the phone is even cheaper.

It’s a shame there’s no headphone jack but you do get a USB-C adapter included there are some audio features in the form of three mics that can capture audio in 24-bit resolution.

When it comes to connectivity, the Nokia 8 Sirocco is packed as you would expect a flagship to be with dual-band 11ac Wi-Fi, Bluetooth 5.0, NFC and GPS.

There are various sensors including the fingerprint reader on the back which is neatly positioned and works very well. There's no option for face unlock, though.

Moving onto photography and this is an area the Nokia 8 Sirocco looks to be strong on paper. Where rivals may force you to buy a plus model to get dual-cameras, they are standard here. They are the same as the Nokia 7 Plus, though.

At the back you get a 12Mp camera with large 1.4um pixels and a decent f/1.75 aperture. This is accompanied by a 13Mp telephoto lens with an f/2.6 aperture and a dual-tone flash.

There's a manual mode, but the main lure is Live Bokeh which lets you change the depth of field before you take a photo. It sounds great but we often found the subject to be slightly out of focus.

The better news is that the phone takes decent shots across landscape, macro and low light. Capture is easy and quick, too. That said, the camera is a little way behind rivals like the Galaxy S9.

The front offers a less impressive 5Mp camera for selfies, also with 1.4um pixels and an f/2 aperture. The quality is ok, but you can get a lot better elsewhere. We're also not a fan of the gimmicky modes where you can take shots with the front and rear cameras at the same time.

Check out the sample photos from the 8 Sirocco below. 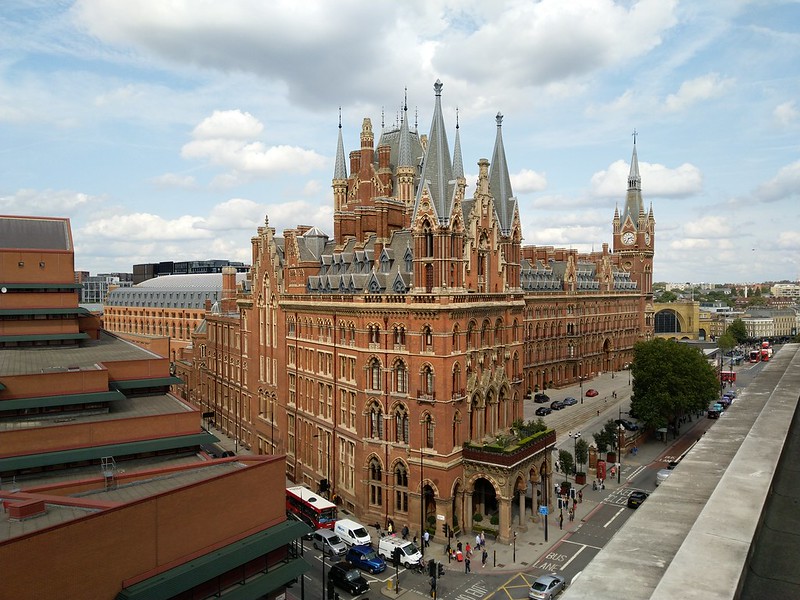 The glass design means wireless charging is possible so this is an advantage on a number of rivals including the OnePlus 6.

You can also charge via the USB-C port and the firm says you can get 50 percent battery in 30 minutes thanks to fast charging. In our test the phone got very close with 47 percent, still an impressive result.

The battery itself is slightly above the average flagship at 3260mAh. Still, that's not enough to make a two-day lifespan. In our Geekbench 4 battery test the phone lasted a middle of the road six hours and 41 minutes - so most users will be charging every night.

If you’re not a fan of the somewhat busy user interfaces offered by the likes of Samsung and LG then the Nokia 8 Sirocco will be a good choice for you.

Although it has Android 8 Oreo like others, the phone is part of the Android One program. In fact, all of Nokia’s 2018 phones – apart from the feature phones – are, too.

You might have thought this was for cheaper phones but that’s not the case and actually means you’re getting a clean and simple Android experience similar to that of the Pixel phones.

It means no pre-installed apps from third-parties and other benefits like regular security updates, Google Assistant front and centre and the guarantee of upgrades to future Android versions for two years.

Really there's little else to say because it's like clean slate for you to customise as you see fit. As mentioned earlier, there are some extra features such as Glance display.