There's nothing particularly outstanding about the Nokia 6 for 2018. Although there's nothing that jumps out as amazing, this is a solid mid-range phone across the board.

For just £229 you get a good looking and well-made handset with decent specs and performance. It's main competitor is the Moto G6 which has some advantages but a lower grade chip.

Also bear in mind that you can now get the old Nokia 8 - which isn't that old - which specs like a Snapdragon 835 and dual cameras for under £300.

HMD has firmly reestablished the Nokia brand and it wasn't just for the nostalgia of the 3310 remake. The company makes genuinely decent phones at mostly affordable prices. For 2018 the Nokia 6 has been remade and provides excellent value for money at £229. Here's our in-depth review.

We’ve seen the Nokia 6 before of course - the original model was announced at MWC 2017 and released that summer, but the updated 2018 version contains a number of serious improvements that will make it appeal to many people.

The Nokia 6 (2018) is now on sale in the UK, exclusively through Carphone Warehouse where it will cost £229. Currently, you can get a free Google Home Mini worth £49 so it's a great deal.

It's a very cheap mid-range phone with a lot to offer, sitting just above the £200 threshold for what we consider budget tier.

The phone does, as you might expect, have some touch competition including the new Moto G6 which is £219. And even if you spend a little less, the £199 Honor 9 Lite is an impressive phone.

What's impressive here is that phones with the same Snapdragon 630 processor like the Moto X4 and HTC U11 Life cost around £349, a considerable amount more.

Also bear in mind that getting last year's phones can be something of a bargain. So the Nokia 8 from 2017 which higher-specs has come down a lot in price so is under £300.

Just like last year’s edition, the 2018 Nokia 6 is built out of a single block of aluminium, but this year there’s an extra touch: all of the edges have been anodised in a different colour tone, meaning they catch the light as you move the phone around.

It’s a pretty striking effect, most of all in the Black/Copper and Blue/Gold colour options, though we suspect others may love the more subtle reflections from the White/Iron setup.

Beyond the anodised edges, the rest of the New Nokia 6 looks pretty familiar. It’s got the same slightly blocky design, with thick bezels at the top and bottom of the 5.5in, 16:9 display.

That display is slightly curved at the edges, as is the back of the body, which softens the straight-lined design and helps keep the phone comfortable to hold. The glass and metal meet perfectly so, apart from the bezels, the new Nokia 6 for 2018 looks and feels a lot more expensive than it is.

There’s a fingerprint scanner underneath the single rear camera lens, but like the Sony Xperia XZ2, it's a little too low down the phone to be comfortable. It's not quite as bad but your finger naturally rests near the LED flash instead.

We'd prefer a front mounted scanner, especially considering the fact there's room for it, but at least you don't end up smudging the camera lens.

Nokia keeps the headphone jack, a MicroSD slot, and now there's a USB-C port for charging - an upgrade on last year’s Micro-USB.

Sadly there’s no waterproofing - hardly a surprise at this price - but the Gorilla Glass display and solid aluminium body mean that this thing feels durable. For additional protection, check out our round up of the best cases for the Nokia 6 (2018).

Dimensions of 8.6mm (including the camera bump) and 172g aren't great, but they're also not bad either. Oddly, the phone is called the Nokia 6.1 on the box, but this doesn't seem to be the regular name for it.

The New Nokia 6 looks fantastic in person, especially for the price - photos really don’t do it justice. Sure, it’s not bezel-free or 18:9 so if that bothers you then look to the Moto G6, otherwise there aren’t many better looking phones at this budget.

So the New Nokia 6 looks pretty great - but what do you get under the surface?

The 5.5in display is a Full HD IPS LCD screen in the traditional, wider 16:9 aspect ratio. It’s never going to be the phone’s main selling point in a market where 18:9 displays are now available at even lower price points than this.

However, the taller 18:9 display isn't for everyone and you might prefer this format.

What you get here is a decent screen for the price, with a crisp image that's colourful and reasonably bright. It will be perfectly good enough for most users, there's just nothing outstanding or exciting about it.

The processor this time around is the Snapdragon 630, a big improvement on the 430 in the 2017 model.

The Qualcomm's 630 is the same processor found in the Moto X4, the HTC U11 Life, and Sony’s Xperia XA2 phones, which retail for a fair bit more so the Nokia 6 offers great value. The new Moto G6 uses a Snapdragon 450.

You get a pretty standard 3GB of RAM and 32GB of storage, though later on there will be a version with 4GB RAM and 64GB storage - when it will arrive, we do not know. Fortunately you can take advantage of the microSD card slot to add up to 128GB of space.

As you can see in the chart below, the Nokia 6 fares very well with similar results to phones a fair bit more expensive.

Numbers aside, we've found the phone to be smooth in operation - partly down to the stock software. There's a slight delay when doing things like launching the camera but we've seen a lot worse this isn't a case of performance being frustratingly slow.

There's not a great deal to say here. We've already mentioned the switch to USB-C which is good see.

Beyond that, you get a fairly standard array of features including 802.11a/b/g/n Wi-Fi, GPS, Bluetooth 5.0 and NFC.

It's good that there's a headphone jack here with so many phones ditching it despite having space. There's just a single speaker on the bottom of the phone which is nothing to write home about.

There’s no dual lens camera here. On the back you get a single 16Mp, f/2.0 shooter with dual-tone flash and a Zeiss.

The camera interface is simple enough and easy to use so you can switch between photo and video and the modes within quickly. There's even a pro mode for the camera should you want to use it.

Although the camera isn't the fastest around, it's not annoyingly slow and you can get some impressive shots in decent lighting conditions. There's HDR on offer and good levels of detail, accurate colours and white balance.

The camera falls down in low light, as with almost any cheaper phone, with the Nokia 6 struggling to present much other than noise.

When it comes to video, it's surprising that you can record in up to 4K resolution at 30fps, albeit with digital stabilisation. There's also basic slow motion. Our main quibble is that the autofocus hunts a lot and shooting at 4K will quickly fill the internal storage of the phone.

The front camera is an 8Mp wide-angle lens - and Nokia is once again offering the ‘Bothie’ option to take a photo with both cameras simultaneously. We don't care about that but the camera offers reasonably good quality and, unlike many, offers autofocus which is nice to see.

Check out our gallery of Nokia 6 camera test samples below - you may need to switch off an ad-blocker to see it properly. 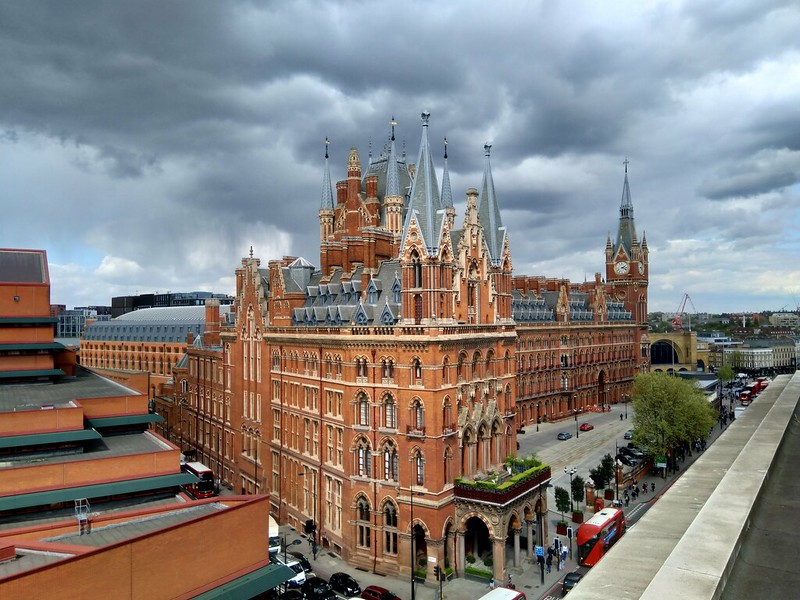 The 3,000mAh battery is once again fairly typical for the price point, but this year Nokia has upgraded to USB-C with fast charging - great news, as the insistence on Micro-USB was one of the big downsides of the company’s 2017 lineup.

You can get 32 percent worth of juice from zero in a 15 minute charge using the supplied charger which isn't bad at all. We've also found the phone to offer excellent battery life, in our testing it comfortably gets through a day - often with a fair bit remaining.

In the Geekbench 4 battery test, the Nokia 6 managed a respectable efficiency score of 3778 and lasted eight hours and three minutes - that's up there with some of the best results we've seen recently.

Ever since it was relaunched, Nokia has made a point of sticking closely to stock Android on its phones. That philosophy continues here - and has in fact been doubled down on, as Nokia announced that it is a leading member of Google’s Android One program.

That means that Nokia users can expect both a consistent Android UI and a commitment to regular security updates, along with potentially getting earlier access to major Android OS updates.

The program means the Nokia 6 will get OS updated for at least two years.

So, the New Nokia 6 has Android 8.0 Oreo out of the box, the latest version of the operating system. And it's the experience you get on the Pixel 2 phones because nothing has been tampered with.

It's a bit like a blank canvas so there are just the core range of apps pre-installed, the latest interface features and Google Assistant at your fingertips. From there, you can make it what you want.

The experience is very similar on the Moto G6, but Motorola adds its own app with some useful additions for things like gestures and display features.