Should I buy the Nokia 5?

We’ve long been lovers of the Moto G series for the top pick in the budget Android category, and the Nokia 5 nearly knocks it off the top spot. With a better camera, excellent performance and a stunning design, we are blown away by the low price tag offered here.

A downside is the screen resolution, but if you can look past this and you’re looking for an Android smartphone that costs less than £200, you can’t get much better than this.

The Nokia 5 was launched by HMD Global at MWC 2017 in February. You’d be forgiven for wondering who HMD Global is, but the company has made a huge splash this year by launching four phones with the Nokia brand: the wonderfully nostalgic Nokia 3310 as well as three budget and mid-range Android phones with excellent price tags.

These phones represent the first Nokia phones to ever run Android, which is why it caused so much excitement. They’re called the Nokia 3, Nokia 5 and Nokia 6. Here, we review the Nokia 5, which sits in the middle of the range when it comes to size, specs and price.

Since the Nokia 5 was unveiled, the Nokia 8 has also been released, sitting at the top end of the range with a higher price tag and better specs. And a new Nokia 9 is rumoured to be on its way. Find out more about the Nokia 8 here and Nokia 9 here.

On 6 November a version of the Nokia 5 with 3GB of RAM is being unveiled in India. We do not yet know whether this version will become available in the UK. It's an exclusive to FlipKart until 13 November.

The Nokia 5 is available now from Nokia, networks and resellers, after hitting the shelves in August.

If you’re after the copper colour option of the Nokia 5 and you’re in the UK you’ll need to buy from Carphone Warehouse, which has the exclusive on that model.

We love the design of the Nokia 5. We were so pleasantly surprised when we first picked it up, already knowing how low the price tag is. It has a 5.2in display within a neat, compact body. It feels incredibly premium, with smooth, rounded edges that make it sleek and comfortable to hold.

It’s made from a single block of 6000 series aluminium, and uses Gorilla Glass to add durability to the display. It weighs 160g and measures just 8mm in thickness.

The bezels on either side of the screen are tiny, and seem to blend right into the chassis. The 5.2in display means the overall size of the phone is good for one-handed use and portability while still offering enough room for a good experience when watching videos or playing games.

The Nokia 5 is available in Matte Black, Silver, Tempered Blue or Copper. We particularly like the blue option, but all four colours look gorgeous. Show this phone to a friend and they’ll never guess the price tag. Consider us impressed.

While we love the size of the screen, a downfall is that its display resolution isn’t as high as we’d have liked.

It’s 1280 x 720 HD at 282ppi, which still manages to be vivid and bright, but when compared with the likes of the Moto G5’s Full HD offering on a phone with the slightly lower price tag it’s a bit of a shame that the Nokia 5 misses out.

Inside the Nokia 5 is a Qualcomm Snapdragon 430 processor, which is the same processor you’ll find inside the Nokia 6 and the Moto G5. That’s paired with Adreno 505 graphics and 2GB RAM.

The Nokia 5 managed to achieve a significantly better score than the Moto G5 in our Geekbench 4 processor tests, although it couldn’t quite live up to the Wileyfox Swift 2 Plus in every test.

In practice, we found the Nokia 5 plenty fast enough for day-to-day tasks such as sending messages, checking emails and browsing the web. Apps open without much lag, including the camera app, and the only time we found it a little too slow is when we needed to use the flash.

It also achieved much higher scores than the Moto G5 in all of our GFX Bench tests, which are designed to test the graphics capabilities.

There’s 16GB of internal memory with support for up to 128GB of additional storage via MicroSD.

There’s a non-removable 3000mAh battery that charges via MicroUSB, which we found could last for a full day on one charge with reasonably heavy use, and two days or more with light use, which we were suitably satisfied by.

Again, this beats the Moto G5’s 2800mAh battery, although the Nokia 5 misses out on the rapid charging capabilities which typically gives a few hours of battery life after just 15 minutes of charging.

Connectivity includes Bluetooth 4.1, NFC and LTE 4G, and there’s a 3.5mm headphone jack on the top for your wired headphones.

A fingerprint sensor is built into the home button, and we found it to be easy to setup and almost always quick and responsive.

When it comes to cameras, the Nokia 5 has a 13Mp camera on the rear with a dual tone flash. Photos are captured in 4:3 aspect ratio, and if you want to capture 16:9 you’ll reduce the quality to 8Mp.

This is in line with rivals like the Moto G5, and we found that it could capture satisfactory photos in most lighting, perfect for on-the go shots to look back on or to share on social media.

You can see examples of the photographs we captured with the Nokia 5’s rear camera below. 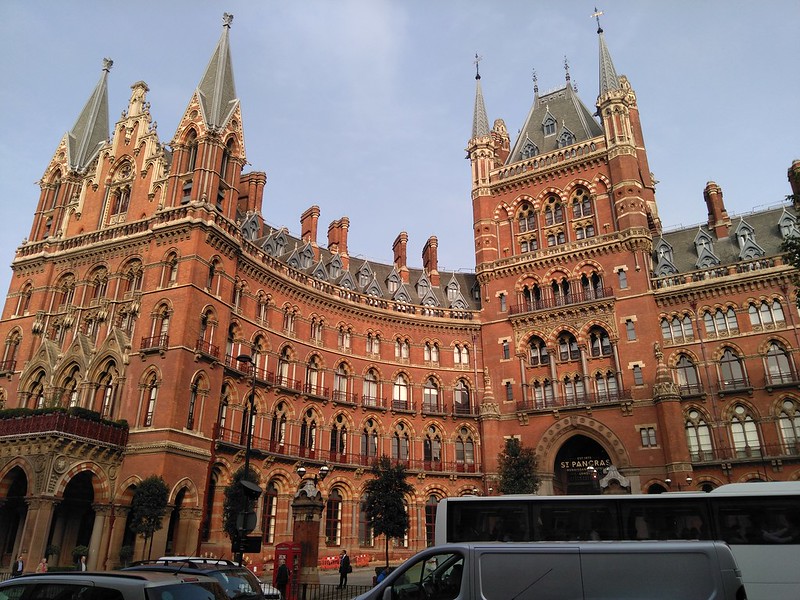 The front-facing camera offers 8Mp for selfies, which is better than the Moto G5’s 5Mp offering.

Low light photos aren't great, but the flash makes up for this as you'll see from the photos above.

The Nokia 5 is among the first Nokia phones to run the Android operating system. It comes with Android 7.1.1, and fans of stock Android will be pleased to hear that Nokia has left it well alone.

This is one of the cheapest ways to get stock Android outside of the Pixel series made by Google itself so a big thumbs up from us. That means an intuative interface and no additional bloatware.

Providing expert buying advice you can trust is Ashleigh's forte, helping you to find the most reputable consumer tech products and services, and ensuring you don't spend a penny more than you should.