Should I buy the Motorola One Action?

There's a lot to like about the One Action, with Motorola once again offering a lot of phone for not much money.

However, it's a shame that the phone doesn't quite deliver on its headline feature of being a great action camera.

What started off as a slightly odd addition has expanded into a range of One phones for specific needs. This, as the name suggests, is pitches at those wanting their phone to be an excellent action camera. Here’s our full Motorola One Action review.

The Motorola One range is named as such because it comes with Android One. This means it comes with stock Android and the promise of future upgrades. We’ll explain more later on in the review.

By looking at it, you wouldn’t guess how affordable this phone is - despite Motorola’s reputation for value.

It’s just £219 which means it’s actually cheaper than the Moto G7, which is an extra £20. The price means it’s one of the cheapest mid-range smartphones on the market and isn’t far off being budget. You can buy it from Lenovo or Amazon.

There are other Moto One phones to consider including the One Zoom and One Vision, each with their own special skill in the photography department.

Check out the best mid-range phones we've reviewed along with the best Motorola phones.

In terms of style, it’s not obvious that the One Action is a smartphone that’s focused on the camera. The module sits in the top corner of the phone like many others on the market.

That’s not to say it looks bad, this is an extremely attractive phone for the price. We love the One Vision and really the Action is its twin brother, sporting an almost identical design.

You’re getting a gorgeous combination of metal and glass, although the back is made from plastic. At this price it’s impressive to see small bezels and a ‘punch-hole’ camera not dissimilar to the Galaxy S10.

It’s not especially thin or light, but it doesn’t feel like a brick either. The main thing here is whether you’re happy to have such a tall phone. A widescreen might be good for some things, but it doesn’t make it easy to hold and use one-handed so bear this in mind.

For a phone that’s pitched as an action camera, we expected it to be more rugged. However, it only has an IPX2 rating which is technically only able to withstand dripping water. The One Vision has a better rating of IP52 so it dust protected, too.

This is something of a design flaw then as most people will expect to be able to shoot underwater footage if this is going to replace a GoPro or at least not worry if it gets a decent splash from something like a waterfall, for example.

We looked at the stylish Denim Blue colour but you can also get the One Action in Pearl White and Aqua Teal.

Since the One phones are all about the cameras, let’s start with what the Action can do in terms of photography and video first. Then we’ll look at the other aspects including the screen, performance, battery life and more.

The reason for the Action name is a third camera with a wide-angle lens that offers a 117 degree field of view and a transverse-mounted sensor behind it. That means when you shoot video with the Action camera, you can hold the phone in a portrait orientation and get landscape video. This means it’s possible to hold the phone relatively steady with one hand and film; it’s much more difficult to do this when you phone is sideways.

There’s a problem, though. The Moto One Action isn’t a good replacement for a real action camera. As mentioned earlier, it isn’t water-resistant and also can’t be easily mounted to anything.

And aside from rotating the sensor by 90 degrees, Motorola hasn’t done anything else to make this a better GoPro than any other phone with a wide-angle lens on the back. Unlike the main camera which can record 4K video, the action camera is limited to 1080p. You do have a choice of a 21:9 aspect ratio, as well as the usual 16:9 at 30- or 60fps.

There’s reasonably effective digital stabilisation, which is something you’re unlikely to find on wide-angle cameras on competing phones. However, you can get visually similar footage by recording video using the wide-angle camera in any other phone. You’ll just have to hold it sideways to get landscape footage that displays properly on a TV.

The actual footage from the action camera is decent, although you’ll easily notice the softness of the video when you’re moving compared to how sharp it is when standing still. Dynamic range isn’t wonderful, so you’ll see blown-out skies and a lack of detail in shadowy areas.

Audio is recorded clearly, though as with any phone, it can be hard to capture what people are saying unless they are really close to you.

The bottom line is that the One Action can shoot GoPro-style video, but it lacks the other features necessary to make it a proper substitute, mainly the ability to mount it to stuff so you can film hands-free.

The other cameras are decent enough - there’s a 12Mp main camera with a 5Mp depth sensor also on the back - but that doesn’t help with the headline feature isn’t exactly a knock-out..

If you want to take selfies, that camera which is surrounded by the display is also 12Mp and can record 4K video. It’s offers good quality when the conditions are right, including a portrait mode with adjustable blur - our example has maximum blur. 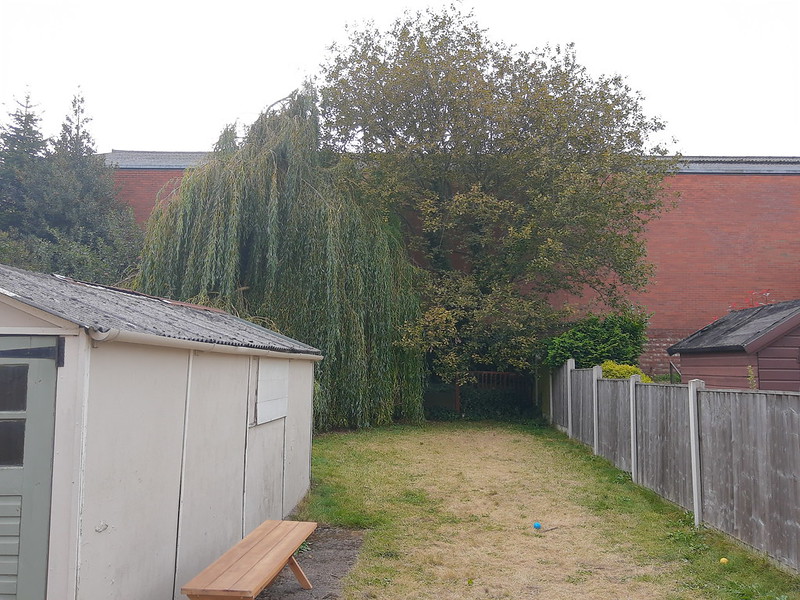 As mentioned earlier, the One Action has a very tall screen. It’s 21:9 aspect ratio makes it wider than most other phones on the market. It means you can ditch the black bars on most films but otherwise the bars are there - pinch zooming to fill the screen means you’re chopping a lot off.

Even when they’re not, the embedded camera is something of a distraction as it’s a larger lens than more expensive examples like the S10.

It’s the same 6.3in IPS display that Motorola has used on the One Vision. It’s got a crisp Full HD+ resolution and offers an impressively high peak brightness of 370cd/m2 so you’ll be able to see what’s going on outdoors even in tricky conditions.

This is IPS rather than OLED but that’s to be expected at this almost budget price. And really the screen is still suitably punchy and vibrant.

Most Android phones use a Qualcomm Snapdragon processor but the One range opts for Samsung chips. The One Action has an Exynos 9609 - a 2.2GHz octa-core processor which is backed up by 4GB of RAM.

There’s a decent 128GB of storage, important when you’re going to be shooting a lot of video with this phone. And there’s a microSD card slot so you can put a further 512GB in as well.

This is the same setup as the One Vision so it’s no surprise to find that performance is identical. It's impressive stuff overall, outpacing the more expensive (by RRP) Moto G7.

Thanks to the clean Android One software, things generally run quite smooth but we have noticed the odd bit of occasional lag here and there with some apps. This isn’t an ideal handset for any really demanding gaming so look elsewhere if this is important, such as the Honor Play.

You can see our benchmark results below compared with other phones.

There’s nothing special about the One Action in this area but for your information, the phone provides the things you would expect to find. This including 11ac Wi-Fi, Bluetooth 5.0, GPS and NFC.

There’s also a fingerprint scanner on the back and you can opt to use face unlock if you want.

It’s good news that the One Action has a headphone jack, but it only has a single speaker at the bottom. Dolby Audio provides a smart mode along with music and movie modes for optimised sound quality.

Moving onto battery life and this is another area where the One Action is pretty average.

There’s a 3500mAh battery and Motorola claims ‘all-day’ usage. Of course, this will depend on what you’re doing.

In general use - web browsing and using social media apps etc - it will get through a day, but if you’re out shooting video with the action camera then it’s unlikely to make it. In the Geekbench 4 test with the screen set to 120cd/m2, the phone lasted a so so five hours and 41 minutes.

There’s no TurboCharge here either so the included 10W rapid charger can only get the One Action from dead to 29% in 30 minutes.

There’s little to say when it comes to software but that’s a good thing. As mentioned at the start, the One series is named as such due to being part of the Android One program. It promises, at the least, OS upgrades for two years as well as regular security patches for three years.

Getting stock Android means no messing around with the interface like you would get with brands such as Samsung and Sony. Well, Motorola offers minor tweaks such as the clock widget and the addition of the Moto app.

This is where you find genuinely useful features like Actions and Display. These allow some handy gestures like twisting your wrist twice (with the phone in hand, of course) to launch the camera and peek display which shows notifications and the like when the screen is off.

You don’t get Moto Voice, which is a shame.

The One Action is yet another affordable smartphone from Motorola that offers more than you would expect for the price.

It offers a modern style and good build quality for the price along with a decent screen and Android One software. We also like the screen, although it might be too tall for some with it’s 21:9 aspect ratio.

The key focus is the camera, particularly the dedicated action camera and this is sadly where we run into some issues. There are some good features here like filming landscape while holding the phone in portrait orientation and decent stabilisation.

However, for an action camera, we’d expect the phone to be more rugged than it’s measly IPX2 rating. It's also limited to 1080p and there's the issue of not easily being able to mount the phone to various things you would with an actual action camera.

You’re still getting a decent phone for your money, but it’s a shame Motorola hasn’t nailed it on the key selling point here. We still prefer the Moto G7 as a more all-rounder.