Should I buy the Motorola One?

The Motorola One is a slightly confusing device, hovering around the same price as the firm's excellent Moto G6 Plus.

What's on offer here is a display with a notch and Android One, but in the context of the competitive mid-range market, the Motorola One doesn't quite match up to rivals in various ways.

It's good but not great.

We're very accustomed to Motorola's vast range of phones including the Moto Z3 and excellent Moto G6. The One is something different and a standalone handset, aiming to offer flagship design and a mid-range price.

It's confusing as to how the Motorola One fits into the line-up which all uses a letter grading system from C to Z. This phone doesn't use the Moto branding and the tag line 'be ready for anything' doesn't give anything away, either.

The standout features appear to be the choice of Android One and the first Motorola phone to have a notch. We'll investigate further in this review.

Motorola One: Price & Where to buy

Despite looking like various flagship phones, the Motorola One has a mid-range price, and one at the lower end at that.

It's yours for just £269, around the third the price of even a relatively cheap flagship. It's not currently available in the US, but in the UK you can buy it from Amazon, John Lewis and Argos.

That's seriously affordable so we're off to good start. However, the One has various rivals including the Honor Play, Nokia 7.1, Samsung Galaxy A6, HTC U12 Life, not to mention Motorola's own Moto G6 Plus.

That's a tough crowd to compete with so let's see if the One is indeed, the one.

In the smartphone market as a whole, the notch is nothing new considering the iPhone X was released over a year ago now. However, it's very much new ground for Motorola with all the recent devices avoiding the divisive feature.

Notch aside, the One is an attractive phone in the way it looks and feels in the hand using a modern combination of glass and metal. It's mostly the former, opting for 2.5D Gorilla Glass on the front and back.

Glass phones might look luxurious but they almost always come with the issue of being slipper and showing up fingerprint marks. The one is no exception, although it does hide marks slightly better than some phones we've tested.

If you are worried about damaging the phone at all, then you needn't even buy a case because Motorola supplies a clear plastic one in the box.

We like the symmetrical form which is only broken by the cameras on the back. These have a small bump but it's a trivial. There's also a nice balanced weight to the One – 162g is just right here.

There's little else to say here apart from that the phone comes in either black or white models and doesn't carry a full IP waterproof rating but does have a P2i splash-resistant coating like some other Motorola phones. It makes water run off like a freshly waxed car.

So this phone might look like various popular flagships but the near budget price tag means it can't delivery that same experience when it comes to the hardware.

Whether you like the idea of a display notch is up to you, the debate will surely rage on for some time yet. Most brands seem to be going this way, with various different implementations, so you might not have a choice soon.

Here is seems to be a way to give you the biggest screen possible within a phone that doesn’t feel too big. The One has a 5.9in display to 'deliver the expansive views you've been craving, according to Motorola.

The notch means the display stretches right to the top of the handset and creates a 19:9 aspect ratio. It's an almost identical size to the iPhone X and our main complaint is the way icons don't sit neatly within it, going uncomfortably close to the edge.

Elsewhere, the screen has an HD+ resolution (720x1520) with an LTPS IPS panel like the HTC U12 Life which is a cheaper IPS. The screen looks reasonably good with nice enough colours and brightness. Contrast isn't the best, though.

What's worth noting is that the Moto G6 and G6 Plus have much higher pixel densities, both over 400ppi vs 287ppi here and they also have large screens at 5.7 and 5.9in respectively. So it's the notch you'll be getting the One for really.

It might be called the One, but this phone has a total of three cameras with two on the back and one at the front.

The duo at the back is a 13Mp camera with an f/2 aperture, phase detection autofocus and single LED flash. This is backed up by a much lower res 2Mp sensor. This is becoming a typical setup for mid-range and even some budget phones to provide a portrait mode.

There are quite a few other modes to play with too, including Cinemagraph which allows a moving section of the image while the rest is frozen or Spot colour which lets you select a colour by tapping on the screen and the photo will be black and white apart from areas of the colour you've chosen.

The latter can make for some eye-catching images with minimal effort.

In general the results are pretty good with a fair amount of detail and good exposure. The autofocus is pretty responsive but colours can occasionally be a little dull and washed out, as you can see in our macro test.

At the front is an 8Mp camera for selfies and although it's hidden, an LED flash for those times when it's just too dark but you have to take a selfie. Detail is reasonable, but even in HDR mode the camera struggled to capture the subject and background in bright conditions.

When it comes to video, the One can shoot in up to 4K resolution at 30fps but you're better off sticking to Full HD at the same framerate because the phone then offers stabilisation which improves things a decent chunk. We also found the autofocus hunting far too much, but typically only when shooting in 4K.

While things are generally ok, there are a number of phones in the mid-range that offer better photography. 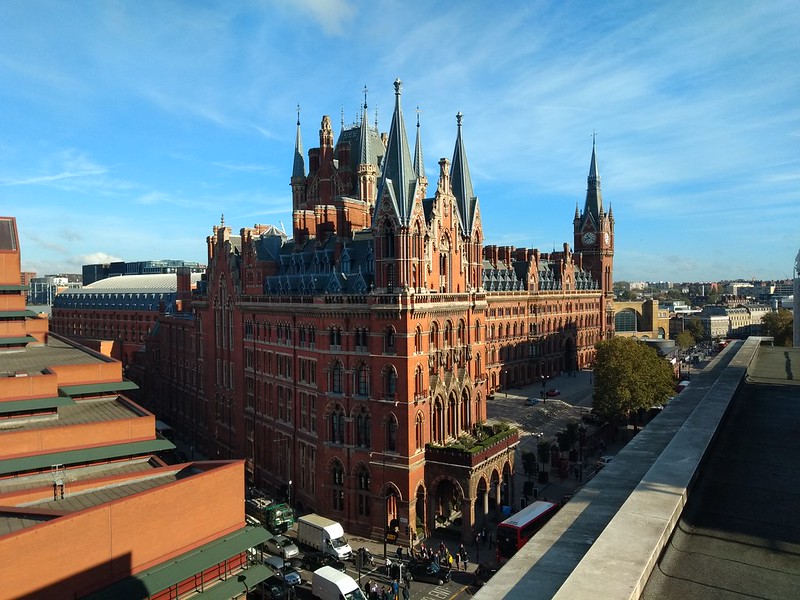 Inside the Motorola One is a Qualcomm Snapdragon 625 processor, a fittingly mid-range chip that's octa-core and clocked at 2GHz. There's also a decent 4GB of RAM and 64GB of storage as standard which is very good for the price. This will make needing a memory card less of an issue for most users but you can add up to 256GB more with a microSD card if you like.

It's understandable that the One benchmarks better than the G6 with its Snapdragon 450, especially in Geekbench. However, it's impressive that it beats the G6 Plus' Snapdragon 630.

As you can see below, the One fares pretty well across the board especially when you consider its price. If it's performance you're after then check out the Honor Play for just £10 more.

Figures aside, we've found the one pretty smooth in day-to-day operation, with the expected short delay when opening some apps like the camera.

Motorola provides one of its TurboPower chargers in the box and claims you can get up to six hours of power in 20 minutes of charging. This isn't quantified but in our usual test, the 15W charger got the One from zero to 36 percent in 30 minutes which is pretty good and it wasn't long before it hit half full.

The battery inside is 3000mAh, about average for a smartphone at the moment and will last a typical day for most users. In our Geekbench battery test, it lasted a decent eight hours and 25 minutes.

It's no surprise that there's no wireless charging at this price.

The name of the phone bucks Motorola's usual system because it comes with Android One. This is essentially stock Android experience like you'd find on a Pixel 3, and comes with guaranteed security updates for three years.

It also means you will definitely get updates to Android Pie and Android Q, whatever that ends up being called. Those promises are the main difference to Motorola's other phones which run the same user interface, although they will also get updated to Pie at least.

You still get the Moto app which is the key addition to all the stock Google apps. This give you access to Moto Actions and Moto Display. The former allows you to chop to active the torch and twist to launch the camera.

The display side is a half way to an always-on feature where notifications, along with other info like the time and battery percentage, fade in and out occasionally when the screen is off.

One oddity is that you can't open the notification bar while using the camera app, which is bizarre.

We've covered all the main things but it's worth pointing out a few remaining items before concluding.

On the plus side, the One has a rear mounted fingerprint scanner that works well and has USB-C like the Moto G6 and G6 Plus. It's also got NFC, dual-band Wi-Fi and two SIM card slots if you don't need to use a memory card.

There's also a headphone jack but don't be fooled but the two grilles on the bottom of the phone as there's only one speaker and it's nothing to write home about.

The Motorola One is an odd device to figure out. In particular how it fits in with the firm's other mid-range phones like the Moto G6 and G6 Plus which are both highly recommended from us.

Overall, the phone has a reasonably decent set of specs and we like the design (if you're ok with a notch). Android One has to be the main lure here with all the updates the scheme guarantees.

While there's nothing overtly wrong with the One, the issue is that there are more exciting and superior spec devices out there around this price point. Moto G6 Plus aside, the Nokia 7.1 has a much better screen and the Honor Play blows it out of the water in performance.