Should I buy the Moto G 5G Plus?

It may not have the wow factor look of other mid-range smartphones available right now, but the Moto G 5G Plus certainly makes up for it in the performance department.

Motorola’s budget-friendly smartphone collection has got a little out-of-hand recently, with a smattering of Motorola One and Moto G-themed devices on-sale, all at a similar price point. The Moto G 5G Plus could be the best of the bunch, offering a huge 5,000mAh battery alongside a tall 21:9 90Hz display, great performance and the ability to take great snaps.

The Moto G 5G Plus is a no-thrills smartphone when it comes to design, but that’s not really a bad thing. You’ll get a largely full-screen experience on the front with a tall 6.7in display, along with a dual hole-punch camera cutout in the top-left and, although the bezels aren’t quite as thin as flagship counterparts, they’re impressively thin for the price. There’s a single mono speaker on the bottom - you’ll have to opt for the Moto G8 Power if you want a budget Moto device with a stereo setup - along with an increasingly-rare 3.5mm headphone jack, and USB-C connectivity too.

The Moto G 5G Plus is a bit of a chunk compared to the likes of the OnePlus Nord, measuring in at 9mm thick, but the all-plastic body of the smartphone means it’s not as heavy as it looks at 207g. The plastic feel doesn’t feel as premium as some similarly-priced alternatives that use a combination of plastic, glass and metal, but it does mean that it won’t shatter into a thousand pieces if (or, let’s be honest, when) you drop it.

The Moto G 5G Plus is available blue and blue alone, and sports an intricate pattern design within the rear of the case, extending even to the camera housing, in a bid to make it stand out. The problem is that, with the likes of the Realme 6 Pro and its incredible thunderbolt-shaped light refraction also available at a cheap price point, it simply can’t compete in terms of style.

You’ll find a fingerprint scanner embedded within the power button on the right of the smartphone, which is perfect if you hold your phone in your right hand but a little awkward to reach if you’re a southpaw. The fingerprint scanner does its job well, with very few inaccurate readings during my time with the Moto G 5G Plus, but it’s not the fastest scanner I’ve ever used.

There’s also a dedicated Google Assistant button in the top-left of the smartphone, which is incredibly easy to miss and, arguably, a little bit pointless. Google Assistant can be activated in a number of ways on the Moto G 5G Plus, like most modern Android smartphones, and the fact that it’s not remappable means it’s pretty pointless if you’re not a fan of Google’s virtual assistant.

Motorola claims that the Moto G 5G Plus is splash-resistant, and should be able to survive the occasional spatter of rain, but don’t go submerging it and expect it to survive. There’s also NFC, which is a nice surprise given Motorola’s lack of NFC on other budget Moto phones, allowing you to use Google Pay and other NFC-powered features.

Let’s talk specs. The Snapdragon 765 at the heart of the Moto G 5G Plus is the same as that of the £549/$699 Motorola Edge, and there’s the same amount of RAM at 4- or 6GB depending on the storage (64- or 128GB) you opt for. With a £250 difference in price in the UK, it either makes the Moto G 5G Plus very good value for money or makes the Motorola Edge overpriced - which it might be, I’ll let you decide for yourselves.

It might not be the flagship Snapdragon 865 or newer 865 Plus, but I’ve got no real complaints about the performance of the Moto G 5G Plus - and that’s pretty impressive. It doesn’t tend to hang when opening apps or stutter when scrolling through media-heavy apps like Twitter and Facebook.

The only real noticeable difference in performance comes when accessing the camera; unlike more expensive point-and-shoot phones, it takes the Moto G 5G Plus a second to load the camera preview when you first open the app. That’s rather typical for a smartphone at this price point though.

That great performance also translates to the gaming experience. Whether you’re playing Gardenscape or Call of Duty: Mobile, you’ll unlikely run into any noticeable lag, although you may be locked out of the more advanced graphics settings on some high-end mobile games.

Half the reason the experience feels so smooth is due to the 90Hz refresh rate on offer from the 6.7in LCD display. It makes a huge difference to the overall browsing experience, and although it was once a flagship feature, it’s becoming available on more budget-focused smartphones in 2020.

The display is also tall, with the same cinematic 21:9 aspect ratio as the new Xperia 1 II, although at a lower resolution than Sony’s option, capping out at 1080 x 2520. That allows you to watch ultra wide-screen movies without the classic black bars, but watching standard 16:9 content will leave you with large black pillars at either side. Regardless of the aspect ratio of content you watch, the display is relatively bright, detailed and vibrant with decent viewing angles.

With such a large display, the Moto G 5G Plus had to pack a big battery to keep it running. With a whopping 5,000mAh capacity, I could easily get through the day with moderate use (mobile gaming, tweeting, texting, etc) and the 90Hz refresh rate enabled with charge left to spare. It’s not quite enough to get through two full days with moderate use, but if you tend to use your smartphone more sparingly than I do, it certainly has the potential to last.

Plus, there’s a fast 20W Turbo Charging available and a fast charger in the box to give you a quick top-up when you need it.

In terms of connectivity, you've got Bluetooth 5.1 alongside Wi-Fi 5 support, an NFC chip for mobile payments and, if you hadn't guessed by the name, there's 5G connectivity available on the Moto G 5G Plus too.

Let’s talk cameras: despite there being four lenses on the rear of the Moto G 5G Plus, I’d argue that there are only two that you’ll use day-to-day. 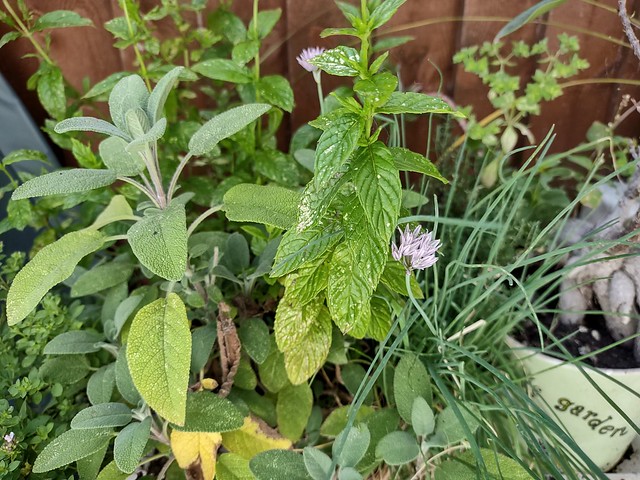 The main 48Mp f/1.7 snapper features pixel-binning tech to reduce images to a more manageable 12Mp with the aim of improving brightness and detail, especially in more ambient settings, and it’s largely a success. The images captured from the main sensor are bright, pleasantly detailed with decent dynamic range, which is further improved by enabling the camera’s HDR mode. It’s great for outdoor and indoor photography alike, and when it comes to night photography, the main sensor is the go-to.

That’s backed up by a secondary 8Mp f/2.2 118-degree ultrawide sensor. You get the dramatic effect that ultrawide angles provide, but images are noticeably softer than those from the main sensor, and the quality quickly degrades in darker conditions. Still, it captures a decent shot in bright conditions, making it a great candidate for outdoor photography.

You’ve also got a 5Mp f/2.2 Macro lens, and while it’s not quite as bad as the 2Mp Macro lens of the OnePlus Nord, it’s outdone by the main sensor in almost every respect. Motorola isn’t alone in that - it’s a common problem among mid-range macro lenses - and we suspect the aim is to simply to increase the camera count and not provide consumers with the best experience possible.

There is a fourth lens on the rear, but it’s not one that you can access. The main job of the 2Mp camera is to act as a depth sensor to help improve the portrait mode photography. Along with portrait mode, you’ve got access to panorama, manual and night shooting modes on the Moto G G5 Plus, and you can capture [email protected] video too.

On the front, you’ll find a 12Mp f/2.0 main selfie shooter, along with a secondary 8Mp f/2.2 ultrawide for group shots. Both are surprisingly decent, although the main snapper has the edge with improved detail compared to its ultrawide brethren.

Software is an area where Motorola blows most of the mid-range competition away. Unlike many popular Chinese mid-range options, some of which feature heavily customised versions of Android, Motorola prides itself on offering something as close to stock Android as possible, largely free of bloatware and hidden extras.

The only Moto-branded app you’ll find on the Moto G 5G Plus is the Moto app itself, which acts as a hub to point you towards the little extras that Motorola has added to the operating system. These range from customisable themes to the ability to flick your wrist twice to instantly access the camera, and all can be disabled if you’re after a pure Android experience.

Notably, the Moto G 5G Plus is the first Motorola to feature a power button-based shortcut called Power Touch, allowing you to double-tap on the power button to access a customisable tray filled with your favourite apps and function shortcuts.

Overall, though, you’re getting a clean Android 10 experience, and that’s something of a rarity at this price point.

At £299 for the 4GB/64GB combo in the UK (with no confirmed US availability right now) the Moto G 5G Plus offers undeniable value, but while it comes up against fierce competition in the shape of the OnePlus Nord and Vivo X50 Pro, two recent additions to an already overpopulated mid-range market, and it’s the same price as the Realme 6 Pro too.

There’s also a more expensive £349 variant that offers a boosted 6GB of RAM and 128GB of storage for those that need it.

The Moto G 5G Plus may not be the most glamorous-looking mid-range smartphone on the market, but there’s enough going on under the hood to make it stand out from other great mid-rangers.

If you like the sound of Motorola but aren’t sold on the Moto G 5G Plus, we’ve got a selection of the best Motorola phones to help you out.

The Moto G 5G Plus may look a little bit bland compared to some of the metal-and-glass mid-range smartphones on the market, but it more than makes up for it internally.

It features the same combination of the Snapdragon 765G and 4/6GB of RAM as the £549 Motorola Edge, offering lag-free performance, and the tall 21:9 6.7in display is great for watching movies on-the-go - as long as they’re classic ultra-wide Hollywood blockbusters.

There’s also a decent camera setup, even if the 5Mp Macro lens is a little pointless, and the 5,000mAh battery is certainly enough to get you through the day without needing a top-up.

It’s not the perfect smartphone, but it’s a decent all-rounder at a tempting price.