Should I buy the Moto e6s?

The e6s redefines how good £100 phones can be, with solid performance, decent battery life and a design that could easily pass for a handset twice the price.

Inevitable compromises come in the form of a hit-and-miss camera and lack of USB-C, but it’s easy to look beyond these when you see everything you get for your money.

With the exception of the nostalgic Razr refresh, Motorola has almost exclusively focused on budget phones since being taken over by Lenovo in 2014.

The E6s looks to take this to the next level, with a modern design and recent version of Android for under £100. Despite being announced back in September 2019 in India, it took until late April 2020 for the phone to reach these shores.

But can it deliver a credible smartphone experience at this price point, or are there too many compromises to make it worth considering?

The E6s is a low-cost handset which tries to imitate the design of more expensive devices, and all things considered it does an excellent job.

In fact, on first impressions it’s hard to tell it apart from the Motorola One Macro, a phone which costs around £70 more at the time of writing.

It has a fractionally smaller 6.1in LCD panel, at a near-identical resolution of 720x1560. At this price, a full HD panel remains a ‘nice to have’ as opposed to absolute necessity.

What’s less easy to forgive is the notch, which intrudes into a phone that is already sporting some significant bezels. The phone still looks far more modern than the likes of the iPhone SE, but I wish they’d sacrificed a little screen real estate in favour of a more symmetrical design. It houses a 5Mp selfie camera, but unfortunately this can’t be used for face unlock.

It’s good news, then, that the rear-mounted fingerprint scanner is fast and reliable, and I really like the way it’s integrated into the logo. A textured power button is also a lovely touch, and it meant I was eager to use the phone case free wherever possible.

Its design undoubtedly helps with that. Swapping out premium glass and aluminium for a plastic frame might help cut costs, but it also makes the phone much more durable. Fingerprints are also not an issue, while at 160g it’s lighter than many other devices.

The rear of the phone is a refreshing break from the many sensors that adorn most phones. Here there’s just two: a 13Mp main lens is joined by a 2Mp depth sensor for portrait-style shots. More on how it performs later.

The most noticeable compromise - particularly when compared to the aforementioned One Macro - is the use of micro-USB as opposed to USB-C. However, neither devices support fast charging, and you’ll probably have spare cables for both ports lying around.

The fact that this is among the biggest drawbacks design-wise speaks volumes.

The E6s is rocking a MediaTek Helio P22 chipset, alongside 2GB of RAM.

We were hardly expecting a Qualcomm processor here, but for the comparison it’s considered comparable to the Snapdragon 625.

RAM was always going to take a hit at this price point, but I’m impressed how well the phone still manages to cope. Scrolling social media, handling emails and browsing the web are all smooth and lag-free, and split-screen multitasking is impressive albeit limited on a screen this size.

With many of the entries in our best budget phone chart significantly more expensive, we’ve compared the E6s to some of the cheapest smartphones we’ve recently reviewed.

However, this is a classic example of benchmarks not always being representative of real-world performance. While it can’’t handle graphic-intensive gaming, the E6s works just fine for everyday usage.

Where the Moto E6s does struggle is with storage. Simply transferring all the data from my old phone would have completely filled its capacity, so I had to download apps as and when I used them. You’ll definitely want to make use of the microSD card slot for expandable storage, but I think 64GB should be the minimum for all phones these days.

More expensive Moto phones have struggled to compete with their Chinese counterparts on the spec sheet in the past, but one area they can’t be beaten is on software.

This same experience has trickled down to the E6s, even if it is on Android 9 Pie and not 10. An update to the latest version is yet to be confirmed, but considering it shipped with outdated software I think that’s unlikely.

Even so, it will still get regular security updates, and the features already here make it a great option for so many people.

The user interface will be familiar to anyone who has used a Motorola phone in recent years, with only subtle tweaks to the ‘stock’ Android we see on Pixel phones.

That means there’s very little bloatware. Having just one photo gallery, calendar app and email client is a refreshing change from many Android manufacturers, which insist on producing their own versions of what are already very capable apps.

This very light skin gives the E6s a streamlined feel, which just isn’t possible on those other phones. Motorola’s few additions are intentional - Moto Actions provides handy shortcuts for the torch and camera, and the novelty of the clock widget taking you to three different apps depending on where you tapped didn’t wear off.

I really enjoy using this software, but you can easily swap it out for a different launcher if you’d prefer.

Motorola understandably focuses on the basics of a solid smartphone, and as such there are few other features to report. As mentioned before, the physical fingerprint sensor on the back is fast and reliable, which is good news considering it's your only biometric option for unlocking the phone.

The E6s comes with a mono speaker on the back of the phone, as opposed to the standard grille on the bottom.

Despite the fact it’s firing sound away from you, it meant I was much less likely to block the sound and so clarity was improved. It’s nothing like audiophile quality, but will be just fine for browsing social media or playing the occasional video. Fortunately, the 3.5mm headphone jack offers an easy way to step up your audio experience.

Cameras are in no way a priority for a phone at this price point, so it’s perhaps understandable they take a back seat on the E6s.

Nonetheless, we still get dual rear cameras, with the main 12Mp lens joined by a 2Mp depth sensor.

The latter means the phone is capable of portrait-style shots, although its implementation is pretty forgettable. The E6s struggles with edge detection a lot, although I did manage to get one or two decent shots.

The main lens is far more suited to everyday photos. The saturated shots are pleasing to the eye, although it struggles a bit with dynamic range. As such, I found it more suited to close-up subjects than landscape photography.

The 5Mp selfie camera was a pleasant surprise, offering a solid level of detail throughout the shot. It had the common tendency to overexpose the background, but colours are fairly accurate overall. 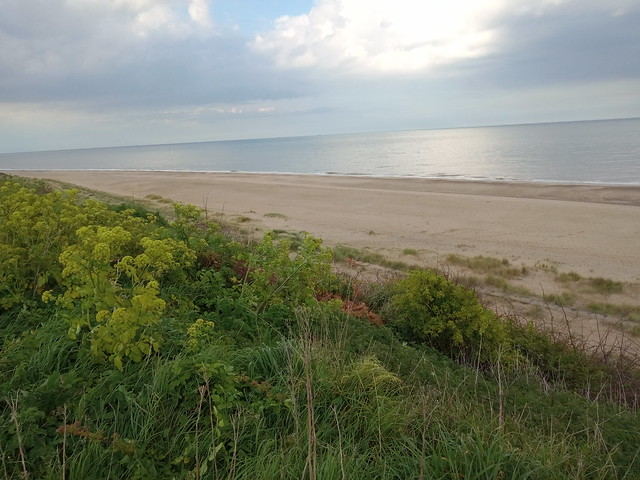 On the video side, the E6s is capable of recording 1080p video up to 30fps. Unfortunately the lack of optical image stabilisation means footage is juddery with any sort of movement, but with a steady hand you can get some decent clips.

I’d suggest you invest in something a bit more capable if you are in any way serious about photography, but for casual users the camera is just fine.

The Moto E6s is a rare breed, with its 3000mAh battery one of only a handful on the market to still be removable.

Declining battery life is usually one of the defining indicators of an ageing phone, so the fact you can swap it out for a new one is brilliant. Motorola perhaps recognised that consumers at this price point

Battery life out of the box is fairly solid, recording 8 hours and 41 minutes in Geekbench 4’s battery test. That’s an above average score, and with light usage you could even stretch to two days of usage.

However, the low cost means there’s no fast charging of any sort, meaning it was only able to charge 23% in 30 minutes from off. As a result, it’s worth bearing in mind that a full charge will probably take two hours. There’s also no wireless charging, although that was hardly expected in a sub-£100 phone.

The Moto E6s costs just £99 in the UK, direct from Motorola.

Nonetheless, this asking price puts it among the cheapest smartphones we’ve ever tested, undercutting all entries in our best budget phone chart.

That makes a comparison with the likes of the Realme 6 and Xiaomi Redmi Note 9S pointless, although at just £70 more expensive at the time of writing the One Macro is an interesting proposition if you’re just choosing between Motorola phones.

Put simply, the E6s offers excellent value for money, and it’s scarcely believable you can get such a capable phone for under £100.

Once you recognise just how cheap the Moto E6s is, it’s hard not to be impressed by everything you’re getting.

Performance, an area cheap phones so often cut corners, is surprisingly great despite what the benchmarks tell you. There was no need for Motorola to change what was already great software, while the modern design does a good job of imitating more expensive handsets.

The cameras are a bit hit and miss, but if you’re prepared to be patient it will pleasantly surprise you. There are compromises dotted throughout the Moto E6s, but for what you’re paying these are incredibly easy to forgive.