Should I buy the Moto E5 Play?

Compromises are inevitable with any phone below £100, but the Moto E5 Play is difficult to recommend when the regular E5 will give you a metal body, more RAM, better cameras, and a bigger battery and display - all for just £30 more.

If your budget really won’t stretch above £100 then the E5 Play will work fine and run all the essential apps, but if you can spare a little more you could see a big upgrade.

The E series is Motorola’s budget range, and the E5 Play is the budget-est of the current budget phones, clocking in at just £89 in the UK.

Inevitably any phone this cheap comes with some serious compromises, and anyone used to a faster phone may find the E5 Play a challenge to get along with - but at less than £100 it’s really hard to complain too much.

One quick note before we go on though: this is the UK version of the E5 Play, which is actually slightly different to the E5 Play that was released in the US, both in specs and software. As a result this review isn’t really applicable to the US handset.

The Moto E5 Play is available now in the UK, and costs just £89 to buy SIM-free from Amazon or Argos.

If you’d rather get it on a contract Tesco is offering the phone with contracts from £7.50 per month and Carphone Warehouse has options from £8.99 per month.

The E5 range also includes the £119 E5 and £149 E5 Plus which offer better specs, bigger displays, and longer battery life if you can afford to spend a little more.

You should also check out the rest of our budget phone chart for other handsets below the £200 mark.

The E5 Play looks surprisingly attractive for its price, though make no mistake: you won’t fool anyone into thinking this is a flagship device.

The 5.3in display is in the thinner 18:9 aspect ratio that’s become more popular in recent years, though is still flanked by thick bezels at the top and bottom of the screen - the latter of which includes the Motorola logo.

At 147.9mm x 71.2mm x 9.2mm the phone is comfortable to hold, and any fans of smaller phones will likely get on with it. The choice to build the body out of plastic rather than aluminium makes it feel a bit cheaper, but unfortunately hasn’t really made the phone any lighter: at 152g it’s hardly heavy, but you’d hope for something more lightweight given the size and build.

There’s a fingerprint sensor on the rear, emblazoned with the Motorola stylised ‘M’, but the placement is a bit low - I have to arch my finger to reach it comfortably, though anyone with smaller hands might find it more natural.

While the other E5 phones have a choice of colour options, the E5 Play is only available in black.

While the phone’s build hints at the price point, it’s once you dig into the specs that the E5 Play really can’t hide how cheap it is.

The 5.3in LCD screen is really the first giveaway of what you’re in for. It may boast a modern 18:9 aspect ratio, but the 480x960 resolution is a different matter entirely.

To anyone used to even your average modern smartphone the display here will immediately look outdated, with the knock-on effect of forcing you into an over-sized UI, with limits to how many app icons you can fit on a screen.

Viewing angles are poor, with noticeable saturation problems if you’re looking at any angle other than dead-on, and it’s not especially bright either, making it challenging to use in bright outdoor light.

Internal specs are also decidedly limited. The E5 Play runs the same Snapdragon 425 processor as the rest of the E5 series, but pairs it with just 1GB of RAM and 16GB of internal storage - which isn’t much once you take into account the fact that Android itself takes up about a quarter of that. Luckily you can expand storage with a microSD card up to 128GB if you wish.

Those specs are limited, but about what you should expect for a phone below £100. Things run a bit slowly - expect a particularly noticeable delay when you switch between apps - but there’s not a major impact on simple stuff like web browsing or checking email.

In our benchmarking tests the E5 Play lagged behind the regular E5 and G6 Play in processing power, but made up for that in the graphics tests - benefitting from rendering to a lower resolution. It also outperformed the similarly priced Vodafone Smart N8 on every test, making it a clear winner there.

Connectivity is definitely better at least. The big downside is that the E5 Play uses Micro-USB for charging, rather than USB-C, so you'll have to keep using the older cable. This also limits the charging and data transfer speeds the phone can manage.

You also get a headphone jack, which is always welcome, and there’s a microSD slot if you want to expand your storage. Naturally you also get Wi-Fi and Bluetooth 4.2, though there’s no NFC - which we’d never normally expect on a sub-£100 phone, but is included on the £119 E5.

Cameras are another serious weakpoint here. The main shooter is just 8MP and f/2.0, with a 5MP selfie camera - a noticeable drop from the 13MP rear camera in the regular E5.

There’s a distinct lack of detail in photos, though the colour range is admittedly better than we expected, with support for basic HDR. Lowlight performance is very rough though, with limited light correction, faded colours, and consistent grain throughout photos. 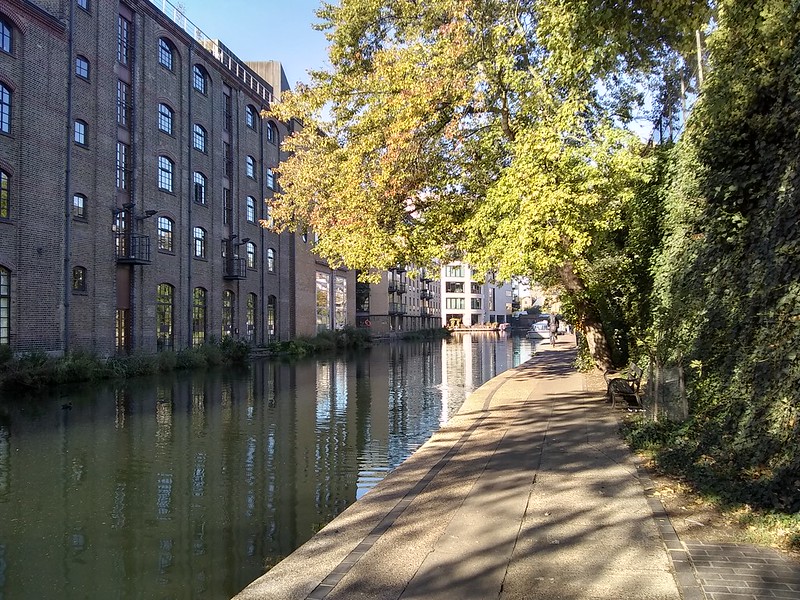 The battery here is a measly 2100mAh, though the undemanding specs keep power consumption manageable.

In practice this means the phone will last a full day, but only just - it'll be running on fumes when you go to bed, and as the battery degrades over time it probably won't even manage that.

There's no proper fast charging, but since the battery capacity is so small you can still top it up in just a couple of hours.

Because of the phone's slight specs the E5 Play doesn't actually run full Android - instead it runs Android Go, a leaner, stripped down version of the operating system built for underpowered devices.

That means you'll get the 'Go’ versions of the core Google apps like Gmail or Maps, which are optimised to run smoothly but at the cost of some features. For the most part you won't notice a significant difference, but you will run into small irritations, like the inability to swipe through your inbox on Gmail.

Most other apps will still be compatible, but it's worth noting that you will run into occasional errors or apps that refuse to download. These are sometimes a bit unpredictable too - Android Go won’t install the latest Google app, which in turn means you can’t run Google’s Podcasts app.

Part of the reality of using Android Go and a low-spec phone is running into minor frustrations and compatibility issues like this, so bear in mind that if you’re downgrading from another device there’s a chance some of your favourite apps won’t fun.