The V50 ThinQ is basically just a 5G V40 with a processor upgrade. That means both good and bad: faster internet speeds and new features, balanced out by a thicker body and slightly reduced battery life. We loved the V40, but almost a year on the V50 doesn't feel as competitive.

Then there’s the Dual Screen. This is a gimmick for most people - which might explain why it isn't even available in the US. But it’s also a surprisingly novel way to bring the foldable experience to a much lower price point, and if you're a devoted multi-tasker then it actually works better than you might expect, if you can forgive a few niggling design flaws.

The V50 ThinQ 5G is LG's first - and so far only - 5G phone, but that's not all it's got going for it. It's also the phone that introduced the company's Dual Screen accessory, which is essentially a novel attempt to deliver a foldable phone without, well, making a foldable phone.

It's an odd combination of novel features that hide the fact that under the surface the V50 is really a capable but slightly dull flagship phone that probably costs too much - essentially par for the course for LG these days.

The V50 ThinQ is now available to buy through EE or Carphone Warehouse (on EE plans) in the UK, where prices start at £64 per month. EE turned on its 5G network in selected UK cities on 30 May. As with most 5G phones so far, it's locked to that network and you can't buy it SIM-free. If you buy from EE or Carphone Warehouse then the Dual Screen is included with the phone, though the V50 is also for sale from Buy Mobiles with no mention of the Dual Screen attachment, so check before you buy to make sure you know what you're getting.

The V50 ThinQ is LG’s first ever 5G device - and going forward every ‘V’ series device will be 5G-compatible, while the ‘G’ series sticks with 4G for the time being.

At the simplest level, 5G means faster data speeds, likely to have the biggest effect in streaming video and the like. And not just downloads either - uploads will be improved, something LG is so confident about that it’s built YouTube livestreaming functionality directly into the native camera app.

There are downsides too though. The Snapdragon X50 modem powering the 5G capabilities is a little larger than normal, and the extra power drain means a bigger battery is required, both of which combine to make the V50 actually thicker than last year’s V40 - though at 8.3mm, it’s still far from chunky.

Speaking of that bigger battery, it’s a decent 4,000mAh, but LG is only predicting a battery life of 1.2 days. In our internal testing the V50 came in at the low end of most flagships - though not by too much - but I found it would only last a little longer than a day in normal use, and I'd be beginning to get antsy about a charge towards the end of the day, and much more so with the Dual Screen attached.

As for 5G itself, it's still firmly in early adopter territory. We reviewed EE's 5G network here in London and found signals and speeds unreliable - though undeniably fast when you find a good spot. Using the phone around the city I found 5G access was sporadic, and that while speeds were improved they didn't have a tremendous impact on the ways I mostly used the phone - unless you're trying to upload high quality video you're unlikely to spot the difference.

With patchy signal, 5G also won't save you from periods with little to no connection, so don't expect it'll solve all your slow download woes at once. Essentially, 5G is here, it does work, but we wouldn't rush to upgrade until it's more widespread and contract prices have dropped down.

As for the rest of the phone, it feels fairly familiar, but that’s no bad thing - the V40 was LG’s best phone yet, so we can’t complain too much about more of the same.

From the front it looks like nothing’s really changed from the V40 - there’s the same notch, thin bezels round the 6.4in OLED display, and dual selfie cameras. Even the dimensions are almost identical, aside from the extra thickness (and corresponding 10g or so of weight).

That at least means things are just as good as before. The V40 packed one of the best screens in the business, and the V50 is the same - inky blacks, bright colours, phenomenal contrast, and a wealth of detailed colour and brightness settings mean that this is the perfect screen for display nerds. The only thing lacking is the higher refresh rates that other phones have begun to offer, but the QHD+ resolution here goes some way to making up for that.

Other features are familiar too: IP68 water resistance, rear fingerprint scanner, face unlock, and LG’s ‘Boombox Speaker’ mode - now improved by the addition of a stereo speaker setup. There's still a headphone jack (hooray!) and a 32-bit Hi-Fi Quad DAC to make sure your audio is always at the top of its game.

Cameras are basically the same too: once again you get regular, wide-angle, and 2x optical zoom lenses on the rear, and other than some minor tweaks these are essentially the same shooters as last year’s phone.

Still, as with the display, that isn't really any bad thing: these are very solid cameras, even if they're not quite likely to trouble the best-in-class flagships from 2019, which have seen upgrades to both sensors and software that outstrip LG.

The main lens handles a variety of challenging lighting conditions well, with good exposure and accurate, if slightly warm, colouring - though there's some loss of detail in shots with greater exposure ranges. The 2x optical zoom lags behind the higher zooms of rival handsets, but offers good detail - though with a smaller aperture it does struggle more in low light scenarios. The wide angle fares better, keeping up with the quality of the main lens in most settings.

Video is more impressive though, with the V50 not only handling 4K at 60fps, but also offering some of the best video stabilisation I've tested - here the V50 still feels competitive with the latest and greatest of 2019. 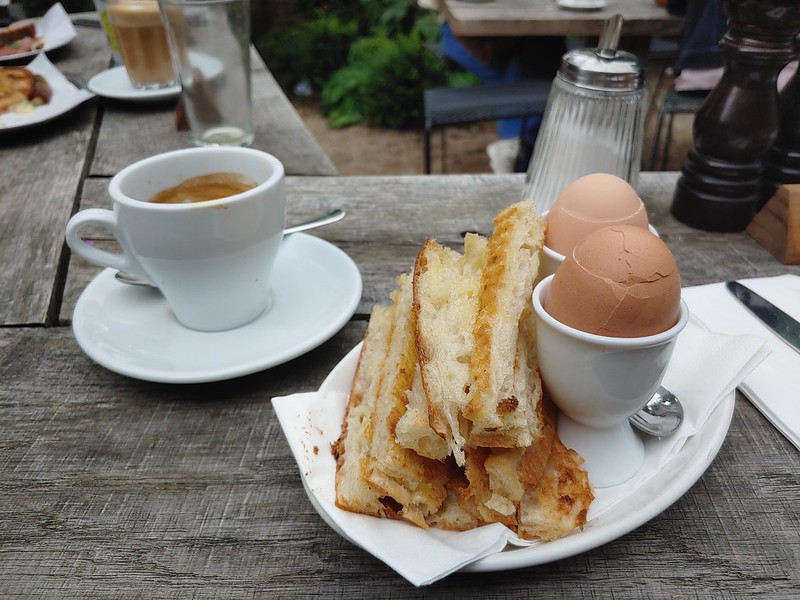 There are at least all the requisite upgrades internally: the latest Snapdragon 855 processor and 128GB storage, with 6GB RAM to back it up. It’ll also run Android Pie 9.0 out of the box.

Take a look at our benchmark results and the V50 does unsurprisingly well - at this level there's little to pull apart the various flagships, and the V50 comfortably keeps up with every rival device, and outpaces the V40 across the board.

There's wireless charging support, but the wired charging tops out at 18W - fast, but not fast enough to keep up with the competition. It edged over 50 percent charge in an hour or so, and takes about two hours to charge to full - way behind rivals that can get half a charge in just 30 minutes.

All of this is essentially welcome, if unexciting, leaving the V50 ThinQ feeling quite a lot like a V40 with a 5G modem slapped in. There’s arguably good reason for that though: LG has focussed its innovation not on the phone itself, but on the strangest smartphone accessory we’ve seen in years.

Meet the LG Dual Screen, cutting edge tech that’s coming out a scant 15 years after Nintendo did essentially the same thing with its DS game console.

The Dual Screen is an accessory for the V50 that consists of a hinged case with a 6.2in OLED display on one side, and a slot for the V50 itself on the other, turning it into a bi-screened device that’s eerily reminiscent of Nintendo’s handheld line. It's included by default in the UK, but not available at all in the US, but it's arguably the main reason to pick up the otherwise so-so phone.

The second screen can rotate a full 360 degrees, closing into a clamshell or flipping all the way over to give you screens on the front and back. It’s essentially the same sort of experience that the likes of Samsung and Huawei are offering with their new foldables, but in this case it’s a removable add-on that you can use as and when you please - and costs far less than a foldable..

LG has even created a dedicated GamePad app which lets you turn one screen into a touchscreen controller while you use the other for playing games, further solidifying the sense that this is basically a Nintendo DS mod for your phone. This works well in supported games, but they're unfortunately few and far-between, and we're sceptical about how far-ranging support will ever be.

For the most part the Dual Screen is best suited to multi-tasking and productivity, letter you run separate apps on each screen or let supported apps - LG's own, basically - spread across both to unlock new functionality. You'll probably pretty quickly decide if you love it or hate it, but at least you can quickly pop the phone out when you don't want the extra bulk (or battery drain) of the second display.

There are a couple design quirks to be aware of. Most annoyingly, the hinge will only lock when the screen is fully rotated, or parallel to the display, so you can't comfortably set it to the perfect viewing angle. There's also no display on the front, even though the reflective black surface looks like it should be a screen, while the display that is there is noticeably smaller and of worse quality than the main V50 panel - the sort of thing you'd only notice when they're side-by-side, which they will be all the time.

All of these flaws have been fixed in the upcoming LG G8X at least, but that won't be much consolation to V50 owners.

Taken on its own, the V50 ThinQ is basically just a 5G V40 with a processor upgrade. That means both good and bad: faster internet speeds and new features, balanced out by a thicker body and slightly reduced battery life.

We loved the V40, but almost a year on the V50 doesn't feel as competitive - the rest of the market has moved on faster than the V-series, so while this is competitive on internal specs it already feels slightly dated in design and other small features, which makes the steep price tricky to justify.

Then there’s the Dual Screen. This is, to be blunt, a gimmick for most people, and a fairly silly one at that - which might explain why it isn't even available in the US. But it’s also a surprisingly novel way to bring the foldable experience to a much lower price point, and if you're a devoted multi-tasker then it actually works better than you might expect, if you can forgive a few niggling design flaws.