There's a lot to like about the V30 becuase it's like LG has taken the G6 and upgraded it in key areas and even refined the already sleek design. Now the price is a more reasonable £599 we can highly recommend this phone which offers excellent design, screen, cameras and audio

It was no surprise whatsoever that LG launched the new V30 at IFA 2017 in Berlin. LG isn’t one to keep its phone a secret right up until the launch event and so not only confirmed the name ahead of time, but various specs and features and well.

Ahead of MWC 2018 it's also let the cat out the bag on the fact it is updating the V30 with its new AI technology in the form of the V30S ThinQ. It's not yet clear if current V30 owners will receive the update as an OTA.

Called Vision AI, LG claims it makes the camera of the V30 smarter and more user friendly. For example, it will be able to auto select the best shoot mode for you from portrait, food, pet, landscape, city, flower, sunrise, and sunset.

The software analyses the shot and picks the best mode for you to shoot in. And like Google Lens on the Pixel 2, the V30 will also come updated with smart image recognition to display image search results and shopping information from pictures.

There will also be a new low-light mode and Google Assistant voice commands exclusive to LG.

When the LG V30 first launched it was priced at a whopping £799 making it one of the more expensive smartphones around. It's taken us a while to get hold of a sample which was provided by Carphone Warehouse.

Now it's been out for a little while, the V30 is a much more affordable £599 (and sometimes even cheaper) making it quite an attractive buy.

That price makes it a lot cheaper than rivals such as the Galaxy Note 8 and the similar HTC U11+ which is £100 more. There is some tough competition, though, with phones like the OnePlus 5T selling for just £449, albeit with fewer features.

With a larger screen, the V30 is a bigger phone than the G6 but it doesn’t really feel like it. This is somewhat down to the fact LG has managed to make it thinner and lighter.

It’s just 7.4mm and 158g which is impressive for a 6in phone. It’s also 8mm shorter and 3mm narrower than its predecessor despite a bigger screen. It feels great in the hand with a very nice balance.

Overall, the V30 looks very much like the G6 in design with very little to differentiate the two. It uses a metal frame and a glass rear cover which is adorned with the dual camera module, power button and logos.

Although the V30 looks and feels great, the design does mean that it’s a slippery customer. This isn’t unusual for phones at the moment but can be an issue, especially if you don’t want to use a case.

LG keeps the IP68 rating so the V30 is fully waterproof and can be submersed in 1.5 meters of water for as long as 30 minutes without worry.

It also feels very strong and durable. This, according to LG, is down to the ‘H-Beam’ metal frame and Gorilla Glass 5 front. There’s also a heat pipe and cooling pad to help get rid of heat.

The screen might not have curved edges like its Samsung rivals but the glass itself does so it has a similar silky feel.

The V30 is available in four colours: Aurora Black, Cloud Silver, Moroccan Blue and Lavender Violet. You can see the latter in our photos.

Apart from making the phone thinner and lighter, it’s mainly the specs that make the V30 better than the G6.

It’s the screen that is largely why the V30 looks so great. There’s even less bezel here than the G6 and means a screen-to-body ratio similar to the Galaxy S8. Like the G6 it has rounded corners and a tall 18:9 aspect ratio.

The V-series was known for it’s secondary display but this has been dropped in favour of a floating bar – see the software section for details on that.

At 6in, the screen is a little larger than the G6’s 5.7in display but keeps the Quad HD+ resolution (1440x2880). It’s super crisp and you will not notice the slight drop in pixel density compared to the G6.

The headline feature here is that it’s P-OLED rather than IPS LCD. The ‘P’ stands for plastic and is nothing to worry about. The tech means that you get excellent contrast, with blacks being especially impressive.

Brightness is good, although not as bright as the G6 and has nice colour reproduction set in the default ‘normal’ mode. You can also switch to others if you prefer, some of which are for movies or photos.

The screen, like many, has an always-on feature so displays information like the time, date and battery level even when the screen is technically off.

Although the G6 is fast, it was a slight disappointment that it came with a Snapdragon 821 instead of the 835.

Well the V30 gets Qualcomm’s newer chip and the performance is generally impressive even if it doesn't win any awards here. The benchmarks are about what we'd expect to see from the 835 combined with a screen this high res and don't worry, the phone runs smoothly despite the figures on offer from a device like the iPhone X.

There’s 4GB of RAM and there’s 64GB of storage, which is about average for a flagship and should be plenty for most users.

Like many of its rivals LG offers expandable storage with a microSD card slot so even if you do fill up 64GB with photos of your cat, you’ll be able to add more very easily.

As you’d expect, this flagship phone is packed with the latest tech including 11ac dual-band Wi-Fi, GPS, NFC and Bluetooth 5.0. It also has Gigabit Cat 16 LTE which is an upgrade compared to the G6 - on paper at least.

LG continues to put its fingerprint scanner on the back, built into the circular power button below the camera. It works quickly and accurately, but is obviously unusable when the phone is sat on a flat surface.

Although LG put different specs into the G6 for different markets, that’s not the case here. The V30 has a Hi-Fi Quad DAC with tuning from B&O. The DAC provides excellent sound through headphones, driving even power hungry cans while providing control over what you're hearing with different EQ settings and more.

It’s a shame that with a focus on audio, there are no stereo speakers and the built-in speaker sounds pretty average but the bezel-free design makes this very difficult to achieve. There's a headphone jack though and the LG V30 is still easily one of the best phones for audio on the market.

By the look of it, the V30 has the same camera setup as the G6 but it has been upgraded.

The standard view camera is still 16Mp but now has an f/1.6 aperture which is the largest on any phone and will help let in more light. This camera has optical image stabilisation (OIS) to stop your hand shaking to cause blurry results.

A second camera gives you a much wider view – 120 degrees instead of 71 – and comes in really handy to get a lot more in your photo rather than the telephoto zoom offered by most rivals. It's bumped from 8- to 13Mp and has an f/1.9 aperture. LG says it’s upgraded from the LG V20 with two-thirds less edge distortion.

We really like LG’s setup here and tend to find the wide-angle camera more useful than a telephoto alternative. The V30 might not have the best cameras on the phone market but they're certainly capable of some great shots; they're colourful, balanced and detailed.

Check out our samples below in the slideshow: 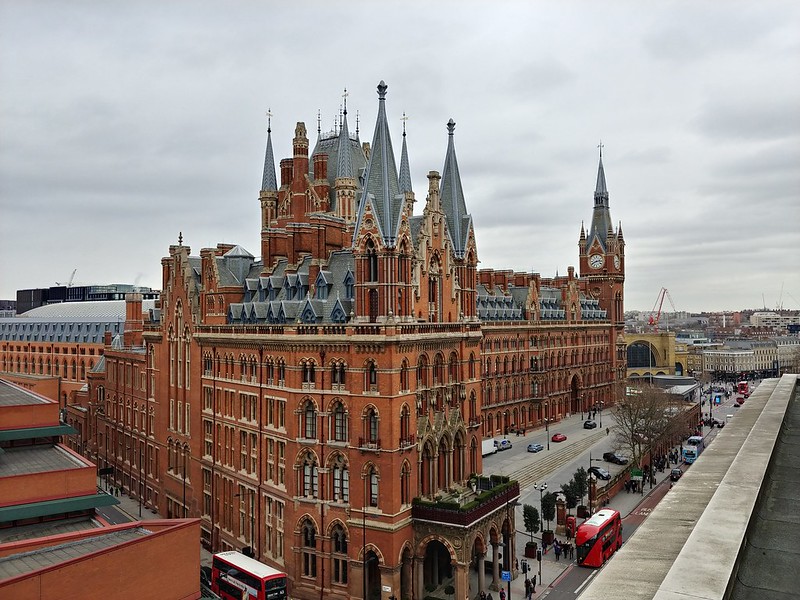 There are plenty of modes to play around with, regardless of having two cameras and an interesting new feature is Point Zoom which allows you to zoom in on a selection section of the frame while filming. A slider on the screen means you can choose how fast to zoom in and out on that area.

There's also 'Graphy' which is a feature of the manual mode that allows you to effectively import the settings from professional photos so you can get similar results.

The DAC on the G6 is market dependant and so is the wireless charging but this a standard feature of the V30. That’s a good move, of course.

It’s battery capacity is 3300mAh like the G6 and if you don’t have a wireless charger then the USB-C port will be needed. The V30 supports Qualcomm Quick Charge 3.0, so you can get up to 50 percent charge in 30 minutes.

In our battery tests the V30 is about average for a flagship phone, so it'll last the majority of users an entire day. In the new Geekbench 4 battery test, V30 lasted seven hours and 43 minutes with a score of 4630 - the score signifying how much work the processor can do while the battery discharges.

We've only just started using this test but it outperforms the HTC U11+ which has a significantly bigger battery. It lasted seven hours and five minutes with a score of 4250.

One of the only surprises with the V30 is that it doesn’t come pre-loaded with Android 8.0 Oreo like the Sony Xperia XZ1. Instead it has 7.1 Nougat but you should be able to update it to Android Oreo out the box. Our review unit has received it, but it took longer than expected.

The V30 comes with LG’s UX 6.0 but the biggest thing here is that the second screen is gone. Now there’s a ‘Floating Bar’ which you can optionally use and an always-on display feature.

Like some rivals, the screen can provide information without being fully switch on such as the time, date and battery level. You can also scroll through options for things like music control quick settings.

The Floating Bar is used when you’re using the phone and can be moved around like a Facebook Messenger Chat Head. Tap on it and you can access the apps you want as well as other functions. In the end we didn't use it very much at all but maybe you will.

LG has provided various security options so you don’t have to use the fingerprint scanner if you don’t want. You can also unlock the phone with your face, the old school Knock Code or even your voice.

The Google Assistant is built-in, it supports Google Daydream and there are loads of features hidden in the settings menu that you might not know exist unless you go digging. For example you can switch on a Mini view that allows you to run apps in a smaller size if the 6in display is too big.