Should I buy the HTC U11 Life?

Overall, the HTC U11 Life is a solid mid-range phone. Design and specs are largely decent for the price – especially getting 64GB of storage and 4GB of RAM as standard. Meanwhile Android One keeps software clean and simple if that's what you're after. This, and Edge Sense, are the main reasons to buy this phone over rivals but there's strong competition.

At the same price, the Moto X4 has better cameras and a bigger battery if those things are important. A little more will get you the even better Honor 9 and the outstanding OnePlus 5T isn’t much more than that.

As well as announcing a bigger and better version of it’s flagship phone, HTC has also effectively launched the smaller and cheaper U11 Mini. Here’s our full HTC U11 Life review.

Mini versions of phones have all but gone away with only really Sony offering this type of device with, most recently, the Xperia XZ1 Compact.

The HTC U11 Life isn’t quite the same deal in terms of specs but offers some of the flagship’s design and features in a mid-range handset. It’s a bit like the HTC U Play but with some U11 bits and pieces thrown in. Read about both new HTC phones here.

The U11 Life has now be replaced with the U12 Life.

With the HTC U11+ priced at £649, it’s unsurprising if it’s the kind of phone which is appealing but simply out of your budget. The cost of smartphones has gone up a lot in the last year or so.

With that in mind, the HTC U11 Life price of just £349 is very affordable, making it very much a mid-range effort - you can pre-order now. It’s impressive that in the UK, that price gets you the higher spec model. See below for details.

Whether or not it can compete with great value phones like the £379 Honor 9 is another question, though. There's also the Motorola Moto X4 which comes in at £349.

If you can stretch, the excellent OnePlus 5T is just £449 - amazing value for money for what you get.

The best way to think about the U11 Life is a mini version of the U11. It looks very similar in style but in a more manageable size so if even a phone like the original U11 is too big, then the Life version might suit.

We like the look and feel of the U11 Life, it’s an attractive mid-range phone. HTC has used the same design language from the flagship so it’s got a striking curved shape.

This time, though, the rear cover is made from acrylic instead of glass. The colour still looks good, particularly the Sapphire Blue option, but it doesn’t feel as luxurious or expensive.

That’s understandable but the phone still feels nice in the hand and the acrylic is offers much more grip compared to glass and is more likely to fare well in an accidental drop. It might look lovely in our photos but the back is extremely susceptible to fingerprint marks and smudges.

We’d also understand no waterproofing at this price point but the U11 Life is IP67 like its bigger brother. The Moto X4 is slightly better with IP68.

At the front things are fairly standard with regular sized bezels which below the screen make room for navigation buttons and a fingerprint scanner that’s also the home button.

A key feature from the flagship U11 is Edge Sense – pressure sensors on the side of the phone as another way of interaction. This didn’t blow us away in our U11 review but can now be programmed to do whatever you want – zoom on Google Maps, turn a page on the Kindle app etc.

It can be handy but is probably one of those thing you'll either use every day or simply forget about - and you won't know until you try it.

Overall, this is an impressive start for a £349 phone.

Although we’re impressed with the design of the U11 Life, it’s the specs on offer that really show why it’s a lot cheaper than the flagship U11.

The display is a bit smaller than the U11 at 5.2in and the resolution drops to Full HD. That’s understandable for the price tag and the screen looks perfectly acceptable for a mid-ranger.

The screen looks bright and crisp with nice colour reproduction too. This all matches rivals so this is as good as you're going to get for this price range.

It's not very exciting but that's what you get in the mid-range so would be a key reason to spend the extra £100 on the OnePlus 5T.

There are various differences when it comes to the internals that help HTC achieve a lower price point. Starting with the Qualcomm Snapdragon 630, a mid-tier processor.

Again, it’s an understandable choice and the U11 Life appears to runs pretty smoothly on the Android One system - see software below for details on what that means.

There’s either 3GB of RAM with 32GB of storage but for the asking price, we get 4/64GB as standard in the UK which is impressive. There’s also a microSD card slot should you need to add more.

As you can see in the benchmark results, the U11 Life performs almost the same as the Moto X4 which has the same processor. If you can afford the Honor 9 things jump up nicely so might be worth it and we've put the OnePlus 5T in to show you what's available if you can jump £100.

Note that we tested the 32/3GB model rather than the higher spec model which you'll get as standard so we'd expect it to outpace the Moto X4 at the same price point.

There might not be HTC’s BoomSound speakers here but there are still some features for audio fans.

A lack of headphone jack is a bit of a shame but HTC includes its USonic headphones in the box which use USB-C. There’s also an adapter should you want to use a set of cans with a regular 3.5mm jack.

We're not blown away buy the personalised audio tech in the USonic headphones, but they're way better than what you'd normally get with a phone this price - if any at all.

For such a cheap phone, it’s great to see the U11 Life supports 24-bit Hi-Res audio playback.

Like the HTC U Play, the U11 Life has a 16Mp camera instead of the UltraPixel 3 found on the U11. It’s got an f/2.0 aperture, HDR Boost and can even record video in 4K - not bad for a pretty cheap phone.

For a phone this cheap, you can get some impressive results from the camera. There's good detail and colour on offer here if you're shooting in favourable conditions. The U11 Life isn't so great in low light, though.

That's about what we'd expect for this price and we like the simple and easy to use camera app which has a Pro mode should you want to dabble. The Moto X4, we feel, is a bit better for photography if this is top priority.

Check out our sample photos in the gallery below: 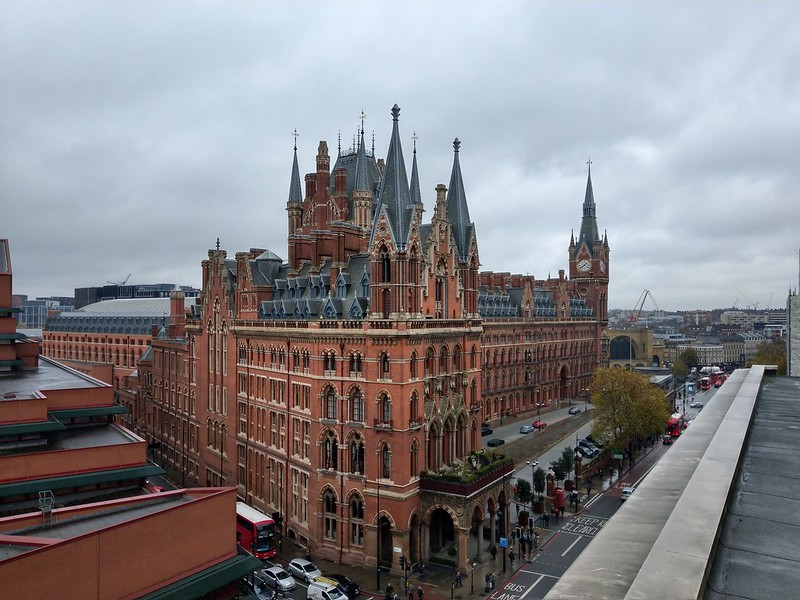 Inside the U11 Life is a 2600mAh battery, not too much smaller than the 3000mAh one found in the U11. You’ll need to charge over USB-C and the phone supports Quick Charge 3.0.

We've found the battery life on the U11 Life to be fairly good, but nothing special. The phone will last a day with normal usage but is unlikely to on a day where it's relied upon a lot. Luckily the fast charging with supplied charger will get you 38 percent in 30 minutes in our test.

When it comes to software the U11 Life comes with Android 8.0 Oreo. Getting the latest version is great but it’s also an Android One phone, as the logo on the back shows.

This means that instead of coming with the HTC Sense interface, it’s pure stock Android. You’re getting a device like a Pixel 2, without any additional apps and all the handy Google things like Assistant.

You also get monthly security patches for up to three years and guaranteed OS updates for two years.

Having stock Android means you don’t get things like the handy app wheel found on the U11+, but the phone does have Edge Sense so you can squeeze it to do various things. It's one of the key reasons to buy this phone over rivals but it's not for everyone.