Should I buy the Honor 20 Pro?

The Honor 20 Pro goes all out on cameras, and it's a great choice if you love taking selfies in particular. The fact that it costs so much less than the Huawei P30 and OnePlus 7 Pro makes it even more tempting.

Many of Honor's phones are priced low, and the Honor 20 Lite which sits at the bottom of the series costs £249.99. That was launched at the end of April, and Honor left around a month before releasing the 20 and 20 Pro, the latter of which we're reviewing here.

These two phones are incredibly similar, save for the cameras but although we were given early access to the Pro model, Honor kept the prices under wraps until the launch itself.

Note: The Honor 20 and 20 Pro aren't affected by the restrictions imposed by the US on new Huawei phones because they were already certified by Google. This means there's no issue with Android security updates or access to Google apps such as Gmail, Google Play and YouTube on these phones.

Of course, you may not want to buy the phone outright. There are contract offers available from Carphone Warehouse, which has the exclusive on the Phantom Blue colour. (It's not the usual Honor blue - it's more teal / turquoise).

There's another phone which is even more similar to the Honor 20 Pro: Honor's own View 20. This launched back in January 2019.

Put the 20 Pro next to the View 20 and apart from the smaller screen - 6.26in versus 6.4in - they both look the same with a small 'pin-hole' camera in the top-left corner of the screen.

Despite the fact that the 20 Pro isn't water-resistant, there's no headphone jack as you'll find on top of the View 20. Another difference is the fingerprint sensor which has been integrated into the side power button - like several Sony phones - and the camera arrangement is completely different.

It's now much more like the Huawei P30 and Pro, complete with camera bump. We'll get to the specifics of the cameras shortly.

The SIM tray is found on the left-hand side and takes two nano SIMs - but not a microSD card. Storage is not expandable. While there are two speakers, only the bottom-firing one is used for music, game and video audio. The top one is just for phone calls and - usefully - has a notification LED hidden behind its grille. That's something you won't find on the P30 Pro.

If you like to control your TV and other set-top boxes with your phone, then you'll appreciate the 20 Pro's IR blaster, though we couldn’t find any pre-installed app that works with it.

Even at this price, you shouldn't expect wireless charging, but there's 22.5W Super Charge which fills up the 4000mAh battery in about an hour.

Design-wise, Honor is making a big deal about the world's first Dynamic Holographic 'glassback'. And it does look good, with a real depth thanks to the Triple 3D mesh technology used. But it doesn't catch the light as well as the 'V' design on the rear of the View 20.

The 20 Pro is a fraction thicker than would be desirable and there's a hollow sound when you tap the back with your nail. Neither of these are a big deal, but they mean the 20 Pro doesn't quite feel the premium phone that it is.

This is the one area where the Honor 20 Pro hasn't gone all out. It's a completely flat LCD screen, unlike the OLED displays with curved edges on some competitors, notably the OnePlus 7 Pro.

With a 1080p resolution, it's nothing really special: it's perfectly adequate for most people. But it's worth noting that it doesn't support HDR, and doesn't have an always-on clock option.

The thin bezels mean there's a 91.6 percent screen-to-body ratio, meaning that the Honor 20 Pro isn't as large as you might expect. It's still a fairly big phone, but it's not unwieldy.

This is what the Honor 20 Pro is all about, and why Honor uses the tagline 'Capture Wonder' for the phone. There are four cameras on the back, a 48Mp main camera with OIS, 16Mp wide-angle and an 8Mp 3x telephoto, again with OIS.

The fourth appears to have been put there just to bump up the numbers, as it's a 2Mp macro camera which isn't something many people will want to use very often and feels a bit gimmicky. It does take reasonable photos though.

Returning to the main camera, it uses a Sony IMX586 sensor which is found in a fair few phones now, including the View 20 and OnePlus 7 Pro, whose camera setup is extremely similar to the 20 Pro's. But Honor has paired it with an f/1.4 lens, which is one of the widest apertures we've seen on a phone.

It uses pixel-binning as do most of these very high resolution sensors, so defaults to a 12Mp mode. But if you do want the full 48Mp resolution, not only can you have it, but you also get the AI Ultra Clarity mode found on the View 20.

So it's no surprise that image quality is basically the same, which is to say it's excellent. By default, the AI mode is switched off, and you may well prefer it that way. Turn it on and everything gets a saturation boost, plus sharpening so images are Instagram-ready.

We noticed some strange artefacts in some photos, possibly due to the AI or heavy-handed compression, but in most cases, photos are sharp, detailed and have great colours.

It's likely the 3x zoom is the same as in the Huawei P30 and Mate 20 Pro: we took some side-by-side shots and really couldn't tell the difference between them. Again, this is great news as it means you can get plenty of detail on those occasions where you can't get closer to your subject. You also get the 5x hybrid mode which uses detail from the 48Mp sensor to zoom in even further.

Scroll through our Flickr album below and we're sure you'll agree that the Honor 20 Pro's cameras are impressive, as is the variety of shots you can take, from those ultra-wide landscapes through to the macro shots. 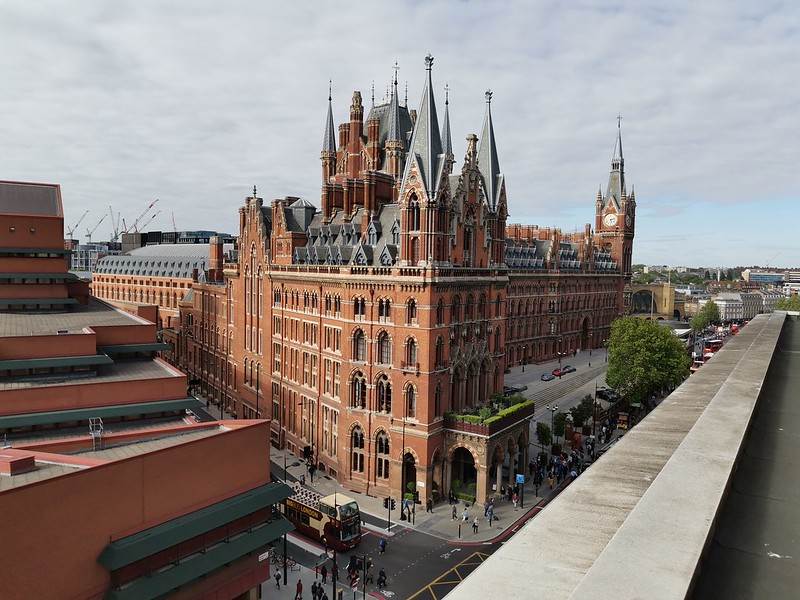 It's a shame HDR is - as with many Huawei phones - not automatic. It's a separate mode you'll find under 'More', along with Super Macro and the Pro mode.

For those concerned about video quality, the default mode is 1080p30 and there's good stabilisation. You can use the three main lenses while shooting, and there's freedom to switch between them at will. 4K is limited to 30fps, and stabilisation isn't nearly as effective.

One of the other big features is the Super Night mode which works like the long-exposure Night mode on the P30, keeping shots sharp even if you have shaky hands. It's good, but not amazing on the Honor 20 Pro, and certainly not as good as the OnePlus 7 Pro's new night mode.

It's still worth using though, and gives noticeably better results than the standard photo mode. Usefully, Super Night mode can also be used with the ultra-wide lens.

As mentioned, the selfie camera is excellent. And it's great to have basically the same 32Mp camera you get on the much more expensive Huawei P30 Pro. In bright light detail is wonderful. It's best not to use the portrait mode which doesn't do an amazing job of separating wisps of hair from the background, but it's there if you want it.

Portrait mode works a lot better on the rear camera and we were able to take some great-looking photos with it.

With the Kirin 980 on board and 8GB of RAM performance was never in question. It's a fast chip and more than up to the job, as well as competing with the Snapdragon 855. It's great to see this level of power in phones a lot cheaper than Huawei's flaghips, and it's also great for gaming.

GPU Turbo 3.0 is supported and Fortnight is kind of pre-installed so you can take advantage of the speed as soon you've updated it via the installer app.

Battery life is also excellent, but as ever, how long you get between charges depends on how much you use the phone and how many apps you have running in the background. There are various power-saving modes, but you'll prefer not to use them in order to ensure you're not left waiting for emails and notifications to come through.

256GB of storage is generous at this price, but we can't help but wonder if a cheaper 128GB version would make the 20 Pro a more tempting proposition. The rest of the hardware includes Bluetooth 5, 802.11ac Wi-Fi, NFC and GPS.

Honor calls it Magic UI these days - version 2.1 - but it's hard to tell the difference between it and Huawei's EMUI 9. There's no shortage of reminders that Honor is a subsidiary of Huawei, with many references in the settings - the audio effects are still called Huawei Histen.

So the advice is the same: it's a fine choice if you're used to iOS and / or still use an iPhone on a regular basis. But it does have its annoyances and is quite different from stock Android.

One gripe, which might be directed at Android rather then Magic UI, is that no matter whether in standard nav mode or the new full-screen gestures, we were too often thrown out of apps and back to the home screen as our palm came into contact with the bottom-left corner of the screen. That's one of the problems with having virtually no bezels: you need a palm rejection feature to detect that it's not a finger tapping a button or swiping.

The Honor 20 Pro stacks up well against its rivals, and is a great alternative to the OnePlus 7 Pro - especially if you love taking selfies.