Should I buy the Black Shark 3?

The Black Shark 3 is far from flawless, but significant improvements to camera performance and charging speeds make this a worthy rival to the identically-priced Red Magic 5G.

Since the release of the original Black Shark phone in 2018, Xiaomi’s gaming arm has maintained a regular annual update cycle.

The Black Shark 3 launched in the company’s native China back in March 2020, but we had to wait until May before it arrived in the UK, complete with a bevy of gaming-oriented accessories.

Everything about the look and feel of this phone screams gaming, and unashamedly so.

I often wonder whether every mobile gamer wants such an in your face, imposing design, but that’s a question for the sector as a whole.

It does mean the design of the Black Shark 3 will be familiar to those who have recent experience of gaming phones, although some key elements help it to stand out aesthetically.

The most noticeable of these is the unique angular back of the phone, with striking raised modules arranged symmetrically. The top of these houses triple rear cameras, laid out in a way that loosely resembles a shocked face. In particular, it reminds me of the layout of the Pixel 4 and 4XL.

Below an RGB Black Shark logo (it is a gaming phone, after all), we see a magnetic charging station, providing an alternative to topping up via the USB-C port on the bottom of the device.

Including this feature instead of wireless charging on a regular smartphone would be inexcusable, but it makes much more sense here. With the majority of mobile games played in landscape mode, it can be easy for the regular cable to get in the way of what you’re doing.

All this counts for little without a great screen though, so I’m pleased to report the Black Shark 3 delivers a knockout display for the price. The 6.67in 1080x2400 OLED panel offers rich colours and an excellent level of detail, while you also get a 90Hz display.

While this is significantly down the Red Magic 5G’s class-leading 144Hz panel, having tested both devices I didn’t notice a huge difference. Where you will notice a big difference is compared to the standard 60Hz displays that dominated the market until recently. Everything feels that bit more dynamic and fluid, particularly in apps that dynamically load new content, such as Twitter and Instagram.

It’s refreshing to see a phone stick with good old-fashioned slim bezels, free from a notch or cut-out of any sort. The tall 20:9 aspect ratio also makes it well suited for a variety of widescreen content.

It’s unlikely many people will be disappointed by an 82.4% screen-to-body ratio, while being similarly sized above and below the display gives it a nice sense of symmetry.

It also means there’s plenty of space for a 20Mp selfie camera which supports face unlock, providing an alternative to the optical in-display fingerprint sensor. The latter is more effective than some similar sensors I’ve tried, but still very hit-and-miss when compared to traditional fingerprint scanners.

The sides of the phone are relatively minimalist by gaming phone standards. In addition to power button and volume rocker, we also get a USB-C charging port, 3.5mm headphone jack and slider for triggering Shark Space (more on that later)

Front-facing stereo speakers adorn the top and bottom of the device, with the former doubling as an earpiece. There’s no getting away from the fact this is a huge phone though, while at 222g it’s significantly heavier than most devices on the market. This does make it more cumbersome at times, particularly if holding up to your ear to take a call.

Considering the flamboyant colours often available on gaming phones, the two options on the Black Shark 3 feel a little boring by comparison. The only alternative to the black I tested is a grey model, although this does come with an eye-catching blue trim.

Gaming at its core

The Black Shark 3 is a portable gaming device first and foremost, so it’s worth exploring this area in more detail.

The phone is powered by Qualcomm’s latest Snapdragon 865 chipset, delivering flagship-level performance at a much more affordable price. Combined with an Adreno 650 GPU and 8 or 12GB of RAM, it’s immensely powerful now but also well future-proofed.

It’s perhaps no surprise that this is most apparent when playing graphic-intensive titles such as PUBG Mobile. Moving through the virtual online world felt smooth and seamless, something that was definitely helped by the 90Hz display. It’s just a shame that this can’t be adjusted depending on what you’re doing.

Other games such as Asphalt 9 and FIFA Mobile have caught out similarly priced handsets in the past, but there was no chance of any issue. It therefore goes without saying that more casual games such as Candy Crush will be fine, although you definitely don’t need a gaming phone to run those.
This superb performance is illustrated by the below benchmarks, which prove the Black Shark 3 can hold its own against the very best gaming handsets around.

The experience is enhanced by a dedicated gaming mode known as Shark Space. Once triggered via the slider on the side of the device, it offers a range of options for maximising performance and minimising distractions. Again, if you’ve used a gaming phone in the past this arrangement will be familiar to you, but the user interface on Shark Space is among the most intuitive I’ve experienced.

There are also a wide range of official accessories for the Black Shark 3, although the ones I tried had varying levels of success.

The magnetic charging station on the back of the device is excellent, allowing you to charge and game simultaneously.

While like the idea of a gamepad to make the Black Shark 3 more like a Nintendo Switch, there are very few games that take full advantage of it and it adds a significant amount of bulk. At £52.90/US$59.90 it’s far from cheap, and you’d probably want two of them to make the experience worthwhile.

The Fun Cooler Pro didn’t really make sense to me as an accessory. It’s very effective at cooling down the device, but I can’t understand why Xiaomi wouldn’t just build a fan into the phone, as has been the case on recent Red Magic phones. The fact it needs to plugged in at all times made it quite frustrating to use.

In terms of storage, the Black Shark 3 comes with 128 or 256GB of storage, although there’s no support for expandable storage.

Like so many mid-range and flagship phones in 2020, the phone comes with 5G support. Unfortunately, as we are at such an early stage in the technology’s development, I wasn’t in a location where this could be tested.

The Black Shark 3 comes with Android 10, although considering Xiaomi supports its devices for at least a year a future upgrade to Android 11 is highly likely at some point. As of February 2021, though, it's still yet to arrive.

However, the company’s skin has been significantly adapted on its gaming phones, reflected in the fact that it’s known here as Joy UI 11.

The main differences you’ll notice between this and Pixel phones are the more angular icons and redesigned app drawer, but there’s enough that remains familiar here.

If you really can’t stand the look and feel of Joy UI, the beauty of Android means it can easily be swapped out for a different launcher.

The main 64Mp rear lens on the Black Shark 3 is up from 48 on its predecessor, although many phones have proven that megapixel count doesn’t tell the full story. It’s joined by a 13Mp ultrawide and 2Mp depth sensor, the latter meaning the phone is capable of some nice portrait mode shots.

Compressing four pixels into one (in a process known as pixel binning) means regular shots from the Black Shark actually come out at a 13Mp resolution.
In recognition of that, the phone offers the option to take photos in full 64Mp glory, although in truth there are not many discernible differences between the two.

In general, shots from the phone have vibrant, punchy colours and excellent dynamic range. I managed to end up testing the camera just as a period of warm weather was coming to an end in the UK, so the results are all the more impressive.

Its tendency to heavily saturate means photos are generally pleasing to the eye, although this does mean it isn’t always the most true-to-life. The below camera samples help to reflect that. 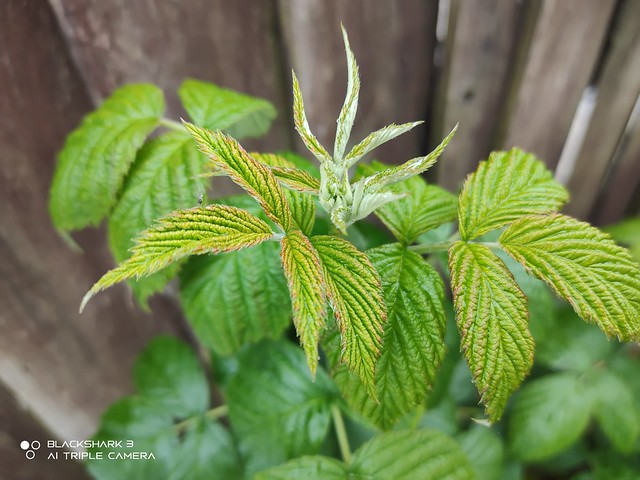 As I mentioned above, the Black Shark 3 also comes with a 20Mp selfie camera. Shots have a good level of detail, and avoid the common issue of an overexposed background.

On the video side, the phone is capable of shooting in 1080p at 30fps. The addition of optical image stabilisation means you can be confident of getting some decent footage even with lots of movement.

The 4720mAh cell on the Black Shark 3 is solid, so I was able to get a full day of moderate usage without worrying about battery life.

Standby time was particularly poor, although that’s due in part to the always-on display and RGB logo on the back.

However, the real star of the show here is the super-fast wired charging. Shunning wireless charging is a risk in 2020, but the 65W Hyper Charge more than makes up for it.

Xiaomi claims the Black Shark 3 will be able to provide a full charge in just 38 minutes, and my recording of 92% in 30 suggests it’s not far off. Getting a full day’s battery life in the time it takes to have a shower still feels like a real luxury.

The Black Shark 3 originally started at £539/US$599, making it identically priced to one of its main competitors in the Red Magic 5G. However, both devices have since been discounted, and now you can pick up the Black Shark 3 for as little as £489/US$549.

It’s still priced roughly in line with many gaming phones on the market, although it does significantly undercut our current champ in the Asus ROG Phone 2.

The Black Shark 3 hardly reinvents the wheel when it comes to gaming phones, but there are some useful upgrades here.

Of course, a Snapdragon 865 processor and 8 or 12GB of RAM means performance is truly excellent, while some thoughtful touches in Shark Space should make it a hit with gamers. Other highlights include some significant camera improvements and staggeringly fast charging speeds.

My main frustration is the accessories, with a bulky fan and expensive gaming pad adding little to my experience. The magnetic charging cable is a great idea, though.

It certainly isn’t what most people have in mind when considering a new smartphone, but Xiaomi has plenty of phones that cater to mainstream interests. With the Black Shark 3, it hopes gaming fanatics will buy into its vision for the future of mobile gaming.

With the baseline model priced identically to the Red Magic 5G, it gives people serious about mobile gaming a big decision to make.

Want to know more about the process that goes into one of our reviews? Check out How we test: Smartphones.