With Disney Plus entering the UK market, many of us entertainment freaks are getting spoilt for choice… quite literally. The spread across different streaming platforms does mean we’re all seeing a lot of our hard-earned cash dropping on several subscription services because we just can’t stop binging.

Take me as an example. At one stage, I had a Netflix account for The Witcher, a Prime account for The Boys, a Disney Plus account for The Mandalorian and a Now TV cinema pass for all eight Harry Potter films (no judgement please). Though I was taking advantage of free trials, even the most basic passes added together total to a whopping £30 for streaming per month - the same price as one of my utility bills.

Looking ahead, keeping this balancing act up just isn’t feasible. There are workarounds to reduce costs, but nothing is a perfect fix. This means there's a gap for a metaphorical knight in shining armour to come in and save us all from going broke over binging Friends, The Simpsons and The Office over and over again.

One service to rule them all

Just as Disney acquired 20th Century Fox last year, we may eventually see one platform buy out another - but it’s a question of who that will be.

Netflix still reigns supreme as the most popular streaming service worldwide, with Statista reporting 167.1 million subscribers worldwide at the end of 2019 - a number that will have likely jumped with so many people staying inside. It’s the go-to for most streamers, and has the strongest lineup of originals. But that doesn’t necessarily mean that it’s the frontrunner to buy out another company. 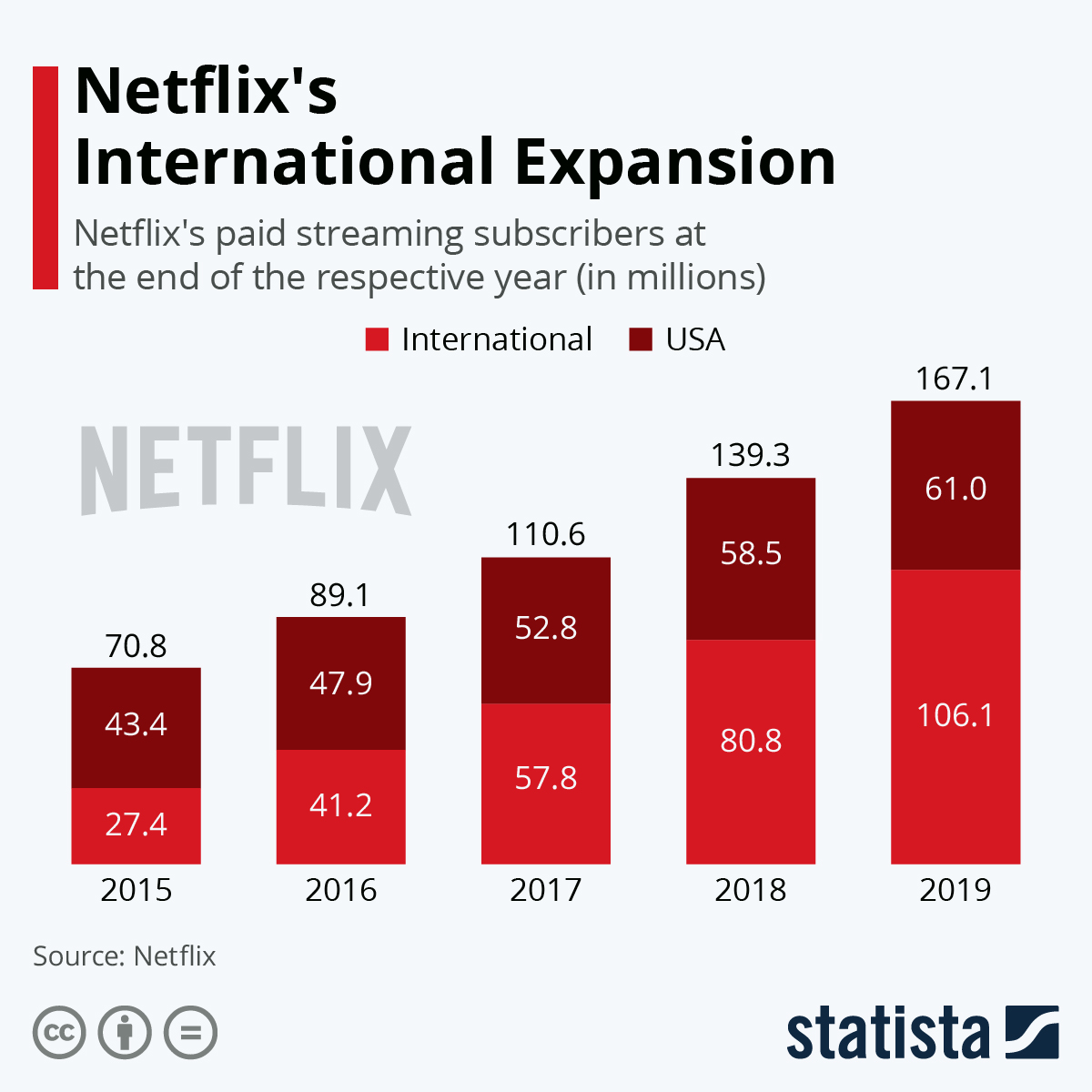 Amazon is after all one of the most profitable corporations in the world, and Prime has also been building its collection of exclusives. Lest not forget the towering Disney Empire, which is slowly but surely collecting studios in its Mickey Mouse printed pocket.

Whilst this is something that will one day be on the cards, we imagine it will take quite a few years until one service is clearly dominating the rest.

Whilst theatrical releases are a different ballgame, people could still save money if they had the option to stream films rather than paying for a cinema ticket. This is especially true right now considering how many households will be turning to streaming as an alternative to going to the pictures.

Disney released Frozen II on Disney Plus US much earlier than expected, and has currently shelved a lot of 2020 film releases. Though we expect these to just get bumped back to later on in the year, we wouldn’t put it past Disney to experiment and try releasing one on their streaming service to see if it boosts subscriptions.

And who knows? This pandemic could even prove that home releases are more profitable and suitable than theatrical ones are in the age of streaming.

The bottom line is that most people don’t necessarily get their money’s worth when it comes to streaming. Netflix UK has a library of over 500 shows and nearly 2,500 films - and it’s highly likely that most consumers will have only watched a tiny portion of those numbers.

The beauty of streaming services is the ability to have multiple viewing devices, meaning that you can split the cost of a pass between several people - not necessarily in the same household. This means that you’ll be getting more content out of one account, as more people will have different interests.

Here’s a quick lowdown on the number of profiles, devices that can registered and simultaneous streams that each of the major streaming services allow:

You could even look at it as a trade off - one of you pays for a standard Netflix subscription, whilst the other pays for Disney Plus and buys you a drink once a month. Easy peasy. Another easy way to keep track of multiple spends is to set up a shared tab on Monzo, and add in the payments as recurring notifications.

There are third-party companies who are trying to make this process of sharing subscriptions more streamlined. Together Price allows users to join a hub account, and choose from what they want to subscribe to all from one place. With all the new services joining this year, it’s likely we’ll see similar models cropping up and growing in popularity.

Opt for the free option

On a larger scale, uSwitch demonstrated that the addition of newer services like Apple+ and Disney+ will mean that households are ready to pay an extra £600 million a year for streaming TV subscriptions. However, the research also demonstrated that others are still tempted to stay with alternative models that don’t mean forking out any cash.

Though it was a smaller portion, 21% of viewers responded that they only use free services, sticking to apps like BBC iPlayer and ITV Hub. Whilst the former is covered by the TV license, the latter makes its money from ad-revenue. This is a model that other US streaming services are using.

Take NBC’s Peacock - this will have a Premium tier, but also a completely free option with limited content and ads throughout every single show. It remains to be seen how popular this option will be in comparison to the paid version, but we could see more streaming companies moving into this type of business model if the market starts to become too saturated. Hulu is another platform that embraced a similar model - albeit that the ad-supported version is still not completely free.

One thing is for certain - with so many rivals now offering over-the-top streaming subscriptions, lots of viewers are going to be priced out and will have to choose just one service to stick with. Hopefully one of these routes will solve that problem further down the line.