Though the days of Game of Thrones are over, the show hasn’t been erased from existence. Select streaming channels still have all eight seasons available, plus some bonus behind-the-scenes footage. If you’ve never followed the tales of Westeros - or simply want to relive everything once again - here’s everything you need to know about how to catch up on the fantasy epic.

If you’re looking for another show to binge, we suggest taking a look at our news round-ups of The Witcher and Star Trek: Picard.

How to watch Game of Thrones in the UK

Sky Atlantic and Now TV have the rights to all eight seasons of Game of Thrones here in the UK - plus several documentaries including The Last Watch, Meet the Makers and more. Sky Atlantic and Now TV used to syndicate the episodes once they were released in the US, and after a brief stint away in 2019 all of the episodes are now available on-demand.

If you're a Sky customer with the right package, then simply tune in via your Sky Box. If you want to watch online with an internet connection then you can do so with Sky Go or other methods.

If you have a Sky subscription, then it's easy. Sky Go is available through web browsers and via a smartphone and tablet app.

If you're not a Sky customer then don't worry as there is still an easy way to watch Game of Thrones online. Sky Atlantic (and various other channels) is available through Sky Now TV as part of the Entertainment pass which currently costs £8.99 per month.

For a limited time, Now TV is offering several deals - one of which is their Entertainment Pass for half off - meaning you’ll pay £8.99 for two months worth of telly. Two months is just about enough time to binge all of Game of Thrones (provided you don’t have many weekend plans), so this is a great offer. 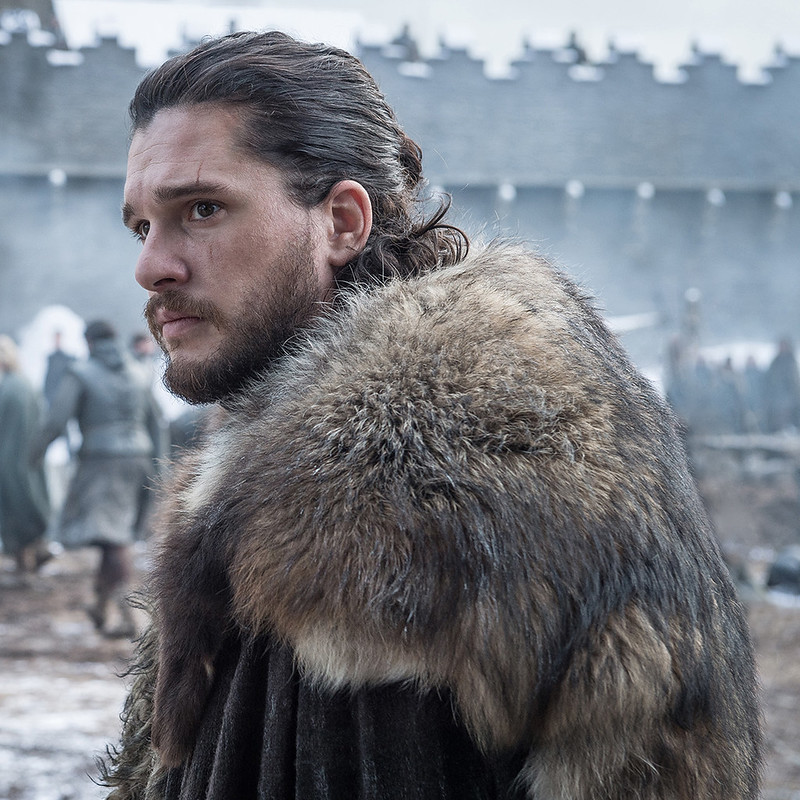 Still not sure about whether Now TV is right for you? The service offers seven-day free trials on all of its passes, including Cinema, Kids and Sports. In theory, you could watch all of Game of Thrones for free... providing you don't sleep for several days on end (not TA recommended).

From: ShopTo via eBay

Disney+ Up to 6 months

If you’d like to know more about whether or not Now TV is the right on-demand subscription for you, take a look at our comparison of the best streaming services.

Like Sky Go, Now TV is available on a wide range of devices including Chromecast, Roku, YouView, Xbox One, PS4, PC, Mac, Android and iOS. Sky also has the Now TV Box and the newer Now TV Streaming Smart Stick which you can buy for just £24.99.

Since Game of Thrones is an HBO TV show you can also use the broadcaster's streaming service, HBO Now, to watch Game of Thrones. You can actually still watch HBO Now in the UK, but you'll need to use a VPN such as NordVPN or ExpressVPN in order to gain access. Check out our full guide to watching HBO from the UK for more info.

How to watch Game of Thrones in the US

As we mention above, Game of Thrones is a HBO exclusive, so the main way to watch it is via one of the HBO subscriptions. These start from $15 per month, and vary in price depending on which one you go for. You can take a more detailed look on the HBO website.

You can also add HBO as an additional channel through Amazon Prime Video. This is an additional $14.99 per month on top of a prime subscription, which is $12.99 per month. Both offer seven-day free trials, so you can watch a portion of the episodes for free.

Where to buy the DVDs and box sets

If you're worried about Game of Thrones coming off of Now TV before you manage to watch it all - or would just prefer your own version - you can buy the entire box set on both DVD and blu-ray from Amazon UK for around £100. Both of these are also available for purchase from Amazon US.

If you're in the US, you can also digitally download it from Google Play, Fandango and iTunes.

What other future Game of Thrones spin-offs are planned?

If watching all of Game of Thrones isn’t enough for you, then you’re in luck. HBO have already announced that one prequel series will definitely be going ahead. House of the Dragon will explore the history of the ancestors of Daenerys - House Targaryen. Rumours speculate that the series will air in 2022, but nothing is yet confirmed.

There were several other prequels that were originally in the works - including a series called The Age of Heroes, which would take place years before Westeros and detail the true origin of the White Walkers. This series will not be moving forward, and others that are in the works are currently on the back-burner whilst production focuses on House of the Dragon.