There have been five Transformers films since Michael Bay reinvented the franchise in 2007, but it's taken until now to get the first spin-off: Bumblebee, which focuses on the titular yellow Autobot in a smaller scale movie that looks to strike a warmer, lighter tone than the main series.

With a new writer, new director, and new cast, this promises a bit of a fresh start for the franchise, which has suffered from diminishing Rotten Tomatoes scores (and box office performances) over the last few instalments.

We've seen the film already, so read our review if you want to know what we think, or find out whether or not there's a post-credit sting to wait around for.

When is Bumblebee coming out?

Bumblebee released just in time for Christmas on 21 December 2018 in the US, and a little later on 26 December 2018 (i.e. Boxing Day) in the UK. In the US that puts it directly up against DC's Aquaman solo film (there's a bigger gap in the UK, where Aquaman comes out a week earlier).

There are two trailers for the film so far. The first is officially a teaser, but it's long enough to pretty much count as a full trailer in our eyes, though it is admittedly quite plot-light. Watch it here:

If you want a bit more story meat than that, the full trailer sets up the plot a bit more, teasing the Autobot/Decepticon war and a brief appearance from the one and only Optimus Prime:

We've also had a few posters for the film - so far there are three main one-sheets, and one illustrated limited edition poster from Comic-Con: 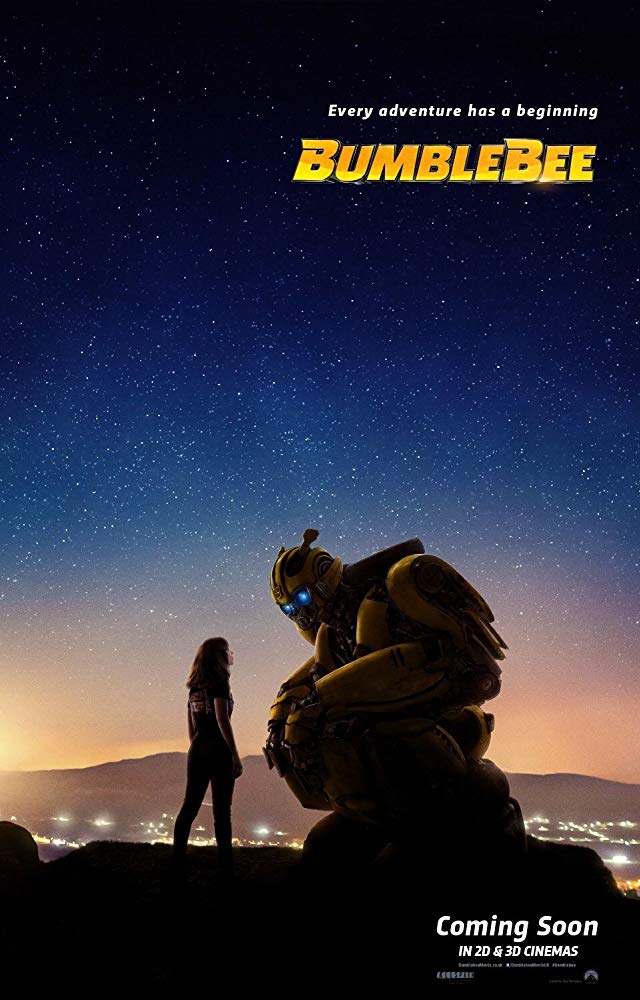 Paramount has also released a handful of high-res images from the film, giving us a good luck at Bumblebee - as both car and robot - along with a couple of the movie's villainous Decepticons: 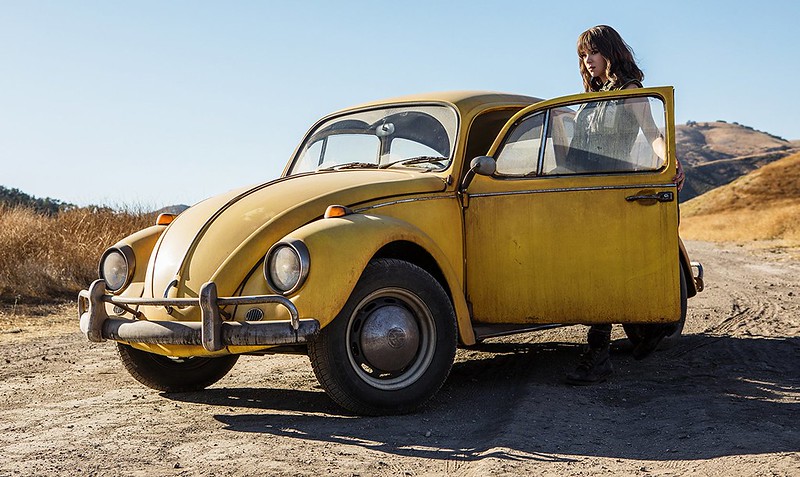 Who's in the cast?

Don't expect much crossover with the other Transformers movies in the cast here - this is pretty much a clean slate.

Hailee Steinfeld is the main human, playing a girl called Charlie who picks up a battered old VW Beetle and discovers there's a little more to it than she expected. She'll be joined by Jorge Lendeborg Jr. as her neighbour, and Jason Drucker and Pamela Adlon as her family, while John Cena and John Ortiz also appear agents of Sector 7, the government agency tasked with hunting Transformers down.

Speaking of the Transformers, while Bumblebee himself will once again be mute from the looks of things, a few other robots will appear. Peter Cullen is confirmed to be making an appearance as Optimus Prime, while Angela Bassett and Justin Theroux will both be voicing Decepticons - Shatter and Dropkick, respectively.

This will be the first Transformers film not directed by Michael Bay, which will be good news to plenty of fans who weren't won over by all the Bayhem. Instead the film will be led by Travis Knight, making his live action debut after creating the phenomenal stop-motion animation Kubo and the Two Strings (and running animation on the likes of Coraline and The Boxtrolls for good measure).

He's directed a script from Christina Hodson. She's previously written Shut In and Unforgettable, but most interestingly has been tapped to write the upcoming Birds of Prey and Batgirl films for DC, which suggests good things.

The most important thing to know is that Bumblebee is actually a prequel - it's set in 1987, 20 years before the first Transformers movie, which will save it from getting bogged down in those films' continuity too badly.

We know that Steinfeld's Charlie will discover and befriend Bumblebee, and most likely have to protect the isolated Autobot from Cena and Ortiz's Sector 7 agents, which will force her and Bumblebee on the run.

He won't be the only Transformer in the film though, and in fact he'll be badly outnumbered. It looks like there could be as many as four Decepticons in the film: Shatter, Dropkick, Blitzwing, and Barricade. To make matters worse, some of those will have the ability to transform into planes or helicopters, which obviously could be a pretty big advantage when it comes to chasing Bumblebee down.

The second trailer makes it clear that the Decepticons will use Sector 7 to help hunt down Bumblebee, branding him a 'criminal' and threatening to bring their war against the Autobots to Earth unless Bumblebee is found. Similarly, Optimus will appear remotely in message to Bumblebee, urging him to protect Earth from them.