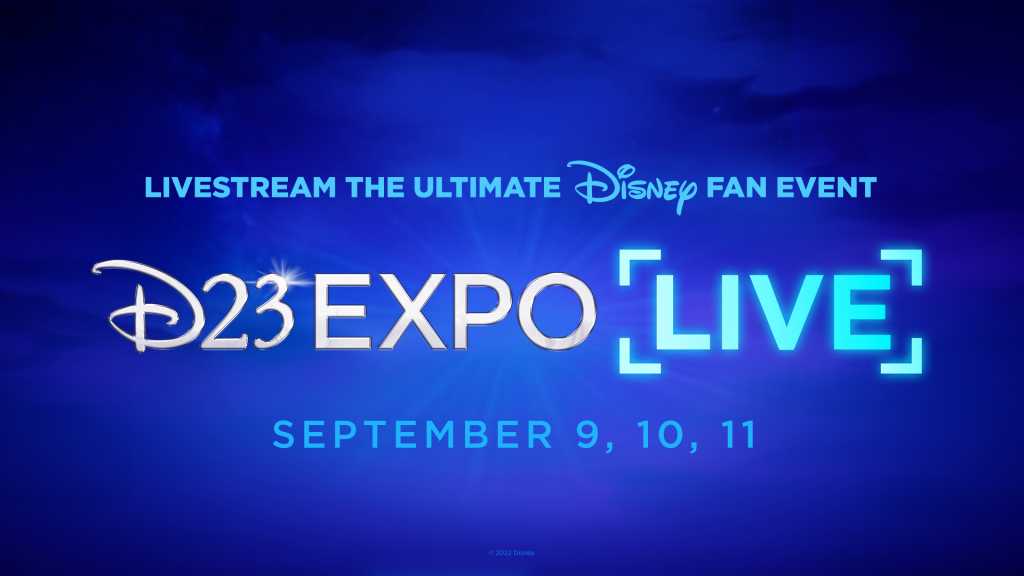 Disney is hosting another D23 Expo, a convention filled with news, panels, performances, meet-and-greets and more for everything from the entertainment giant, from kids’ animation to superheroes of the Marvel Universe.

If, however, you can’t make it to the Anaheim Convention Center in California, then you may be wondering how you can keep up to date with all the announcements. Thankfully, some of the panels will be livestreamed, so you can watch from the comfort of your own home, wherever you are in the world.

Sadly, not all the events are being shared virtually. This includes the big panels for the MCU, Star Wars, Pixar and Disney Animation. However, there are still some interesting events to be aware of. Here is how to tune in, and a schedule of all the streamed events at D23.

You can also check out how to watch the Marvel movies in order and find out whether Disney cares about Pixar anymore.

Disney will be livestreaming for around eight hours per day, with a mix of live panels, the Disney Legends Awards ceremony, talks and more.

We’ve embedded the YouTube stream below, so you can bookmark this page and watch directly from Tech Advisor:

You can also tune in via the following channels:

The event will be hosted by Ashley Eckstein, voice of Ahsoka Tano in The Clone Wars and fashion designer at the geek label, Her Universe. She will be joined by Mark Daniel of Disney Parks Live Entertainment, Bret Iwan – the voice of Mickey Mouse, TikTok influencer Juju Green, Ryan March from Disney Vacation Club, and Alyssa Navarro from Walt Disney Studios.

Here are all the panels that are being livestreamed at D23 in chronological order:

The con will kick off with a presentation with CEO Bob Chapek, honouring some of the significant contributors to the Disney universe, including Kristel Bell, Patrick Dempsey, Idina Menzel and more.

Variety’s Jon Burlingame will be interviewing some of the most popular Marvel composers about their work.

Members of the ‘Disney Legends’ will join for a panel to chat about their own careers.

Disney’s official cosplay competition will allow users to vote from home, and will be judged by Yvette Nicole Brown, Ashley Eckstein, and Ally Maki.

Famous faces from animal-themed shows on the National Geographic will join to chat about their popular shows, with guests including Doctor Jan Pol, Rain Westgard and Alfonso Ribeiro.

Cast and creators of the animated series will be on this panel to celebrate the release of the new Bob’s Burgers movie.

This panel will include interviews, performances and snippets of never-before-seen clips from Disney+, Disney Channel, and Disney Junior.

Nina West will host a panel of celebrities as they take part in quizzes and physical challenges all themed around Disney.

Producers from Walt Disney Archives, Semmel Exhibitions, and Studio TK discuss all the details about the upcoming Disney100 exhibition coming to The Franklin Institute next February.

Disney Parks, Experiences and Products Chairman Josh D’Amaro discusses all the upcoming projects for the parks, cruises and more – a must-see for any mega Disney fan.

Imagineers will be joining together to discuss the innovative work they’ve created for various Disney projects.

The next group of NG stars will be exploring remote corners of the world, showing off spectacular scenery, amazing wildlife and other cultures.

Nina West will host a panel of celebrities as they take part in quizzes and physical challenges all themed around Disney.

When is the Marvel Studios, Lucasfilm & 20th Century Studios presentation?

You will likely be able to keep up with the latest news by following along on Disney’s social channels such as Twitter – the official Marvel and Star Wars accounts will probably also break news there as well.

We’re expecting announcements and teasers for Marvel Phase Five, and series such as The Mandalorian season 3 and Ahsoka.