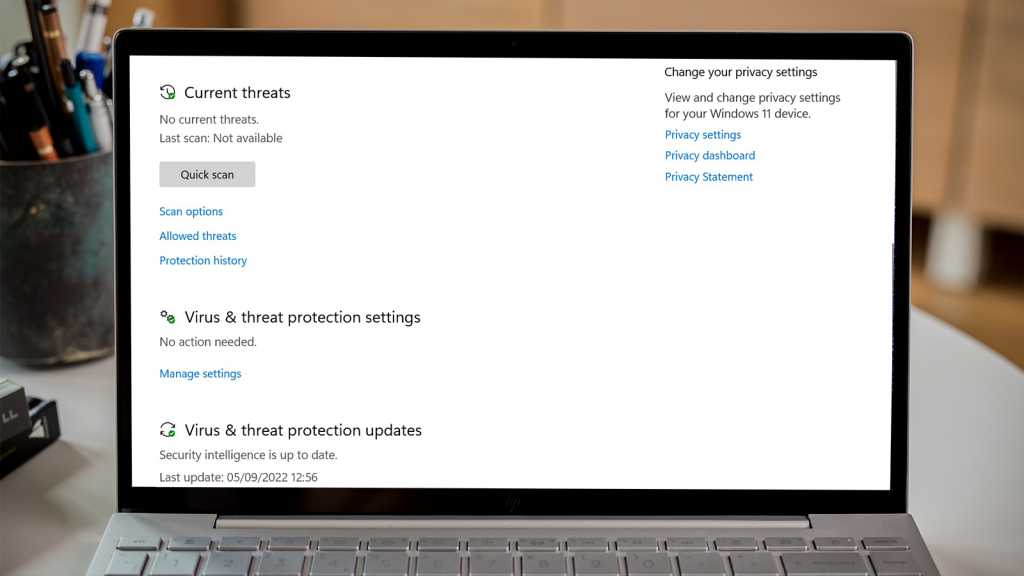 Is your Windows PC saying it’s detected a new threat? There are many reports from people around the globe saying the same thing, but this time it’s nothing to worry about.

Microsoft has confirmed that a virus alert from the Microsoft Defender app is a false positive, meaning there’s no risk of harm to your computer. You can safely ignore the ‘Behavior:Win32/Hive.ZY’ alert, and you can download the official fix that has been released for it.

Given the way it behaves, it’s easy to see why this threat has caused so much concern. It’s marked ‘Severe’ within the Windows Security app, encouraging you to take urgent action to remove it. But when you try to, the same prompt reappears almost immediately and there’s no way to resolve it for good.

The issue was first reported by a Reddit user on 4 September, before many commenters confirmed it was both widespread and worldwide. It was a similar story within the Microsoft forums, although a verified ‘Independent Advisor’ (known as ‘DaveM121’) was the first to suggest it could be a false positive.

He believes it’s linked to Chromium-based web browsers (such as Chrome or Edge) and Electron-based apps (which include WhatsApp, Discord and Spotify), many of which people use every day. However, the exact cause of the problem remains unknown.

Microsoft acknowledged that it was a bug soon after and an official patch can now be downloaded on all Windows 10 and Windows 11 devices. It isn’t a necessity, but might help you figure out which threats are genuine in the future.

To install it, just head to Settings and check for updates as you normally would and find version 1.373.1537.0. Any outstanding updates will probably need to be completed first.

If you’re not seeing it yet, the patch can be downloaded and installed manually via the following links:

However, it’s important not to mark it as safe and prevent Microsoft Defender from dealing with it – that may still cause problems. It’s reassuring to know that this particular threat is nothing to worry about, though.

But Windows is no stranger to genuine viruses and malware, so it’s important not to ignore any alerts like this which arise in the future. Microsoft Defender is an effective free antivirus tool, but there are plenty of great antivirus apps which offer more functionality.