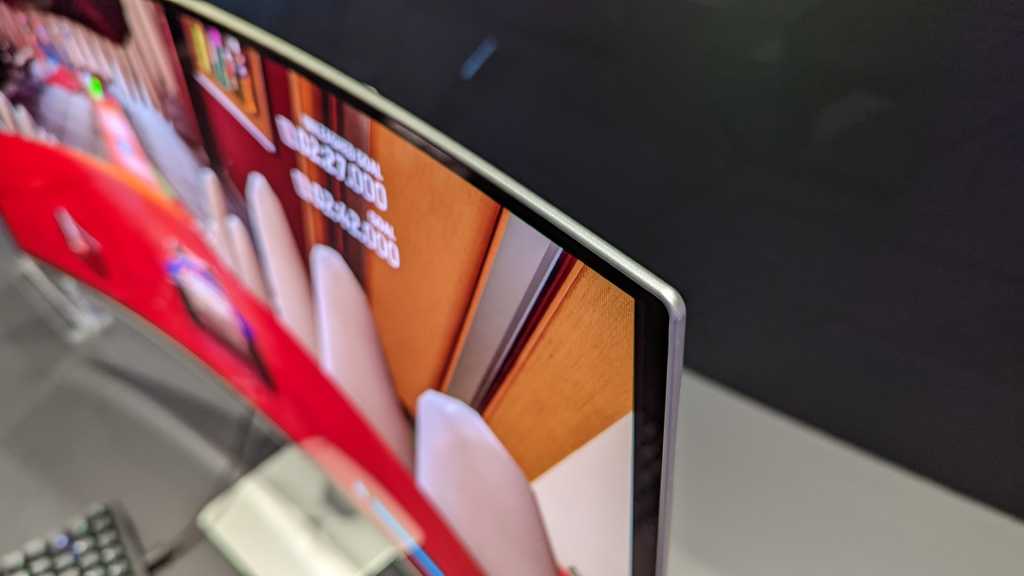 For gamers, one of the most exciting products to be unveiled at IFA 2022 in Berlin was Samsung’s Odyssey G8 gaming monitor, but after some hands-on time I’m not sure I want one.

When I found the G8 OLED on Samsung’s stand at this year’s tech show, I thought to myself, “wow, that’s awesome”. A boy of about 8 years old looked like he agreed with me, seeming to be having the time of his life playing Hot Wheels on the immersive display.

Even when I saw the press release for this gadget, I thought, “that looks amazing”. On paper it’s an incredible piece of kit boasting a 34in monitor with a Quad HD resolution, 1800R curvature, 100% colour volume, 175Hz refresh rate, 0.1ms response time and a slick 3.9mm frame at its thinnest.

The list goes on, and I was wowed by the sheer quality of OLED panel, but while I must applaud Samsung for the engineering achievement, there’s one thing stopping me from putting it on my dream gadget shopping list.

It’s not the price because we don’t know that yet, but it’s bound to be high, and even if it was on a 50% off offer, I’m not sure I would replace my current gaming monitor.

You see, the Odyssey G8 OLED has an ultra-wide aspect ratio of 21:9 and for me, that just isn’t practical.

Sure, once my young technology enthusiast friend had moved aside so I could show him how much quicker I could be, I enjoyed zooming round the track in my car while marveling at all the saturated colours and crisp details in full screen.

However, I quit back out into the main menu, and something changed. The interface switched to 16:9 presenting big black blocks of screen at either side.

Yes, you can make use of it all when doing insane spreadsheets or having loads of windows open at the same time, but this isn’t a productivity monitor so should be made for gaming first and foremost.

There is a list of games that do work in 21:9 such as Red Dead Redemption 2 and Death Stranding but the vast majority of games still run on the traditional 16:9 and sadly for me, those are the games I play.

Initial excitement over, I’ll go back to hoping LG’s asking price for the OLED Flex LX3 isn’t eye-wateringly high – even though I know deep down it absolutely will be.