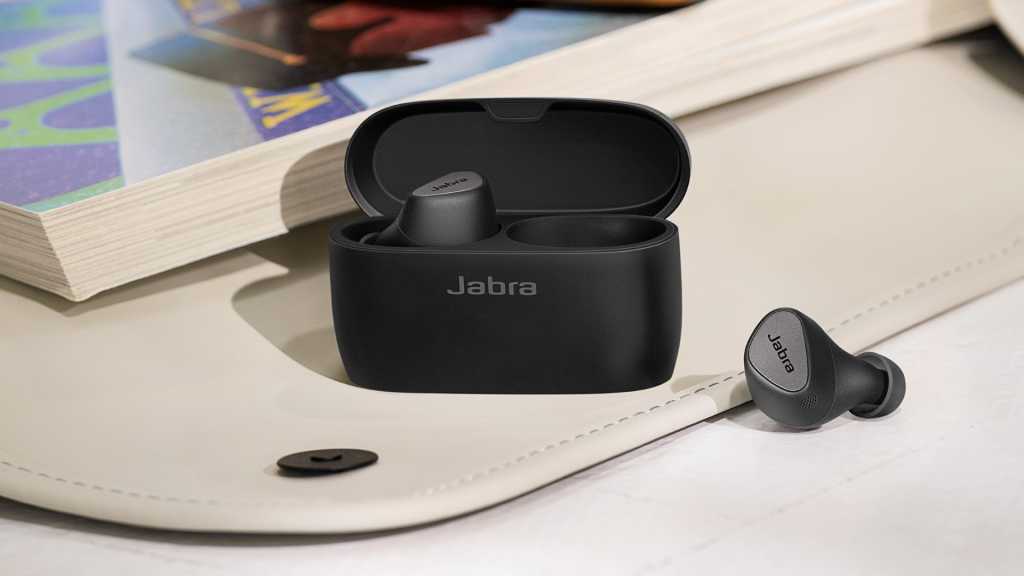 Described as the ‘mid-range hero’, Jabra’s new Elite 5 wireless earbuds aim to offer an all-round experience for a reasonable price.

The Elite 5 come in at $149/£149/€149 yet come with a range of features including Hybrid ANC and a total of six microphones. Jabra said they’re pitched at a young crowd of early adopters and hybrid workers.

“These earbuds help people escape a busy day and immerse themselves into media or connect with friends and family on-the-go with the touch of a button,” said Jabra.

The headline feature to achieve this is Jabra’s Hybrid ANC (active noise cancelling) – powered by the Qualcomm QCC3050 chip – which hasn’t been seen on its mid-range level wireless earbuds before. It means that the external and internal microphones provide feedforward and feedback noise cancelling respectively with the addition of manual personalisation.

This actually outclasses the Elite 7 and 7 Pro models, but the Elite 85t have a dedicated chip for noise cancelling. Still, the system isn’t sensitive to how you position the buds so provides a more balanced effect across a wider frequency range.

That sextuplet of mics also come in handy for phone calls with the internal mic doing some heavy lifting when it’s windy and blowing across the outer ones.

Jabra concedes that the Elite 5 look much like the Elite 3 and 4 models, albeit with a new vent hole. That’s no bad thing though as they are compact and stylish, coming in Titanium Black and Gold Beige options.

The buds offer IP55 dust and waterproofing which is more than most at this price point and Jabra sticks with its usual system of physical buttons on the earbuds instead of touch sensitive controls which can easily stop working in the rain etc.

Inside there are 6mm drivers and the Elite 5 have strong support for devices and services including codecs for both Android (aptX) and iPhone (AAC). There’s also support for Microsoft Swift Pair, Google Fast Pair, Alexa, Google Assistant, Spotify Tap and Bluetooth Multipoint.

The earbuds are designed for all-day wearing which is made possible in part thanks to seven hours of battery life. This is increased to 28 hours when you include the case, which has wireless charging as another rare feature in the mid-range.

One thing the Elite 5 doesn’t have is a touchscreen on the case. This is a potentially genius idea JBL just announced on its Tour Pro 2 earbuds.