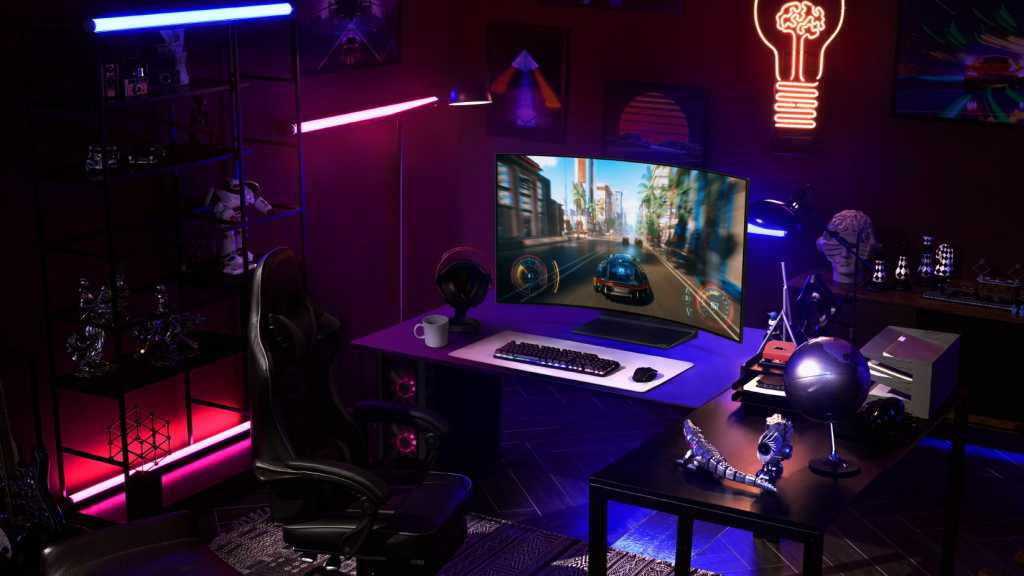 LG’s OLED Flex is the world’s first bendable 42in OLED TV giving consumers the best of both flat and curved worlds.

The LX3, going by its model name alone, isn’t the first bendy TV – in fact, we saw one from Samsung way back in 2014 – but this is something quite different. For starters, it’s an OLED panel whereas other flexible TV screens are typically LCD. Secondly, it’s a more manageable 42in size.

The OLED Flex can transform from a flat panel to a 900R curve (an extreme amount of curvature when a typical gaming monitor is 1800R). This combination means it’s suitable for a wide range of functions such as streaming and gaming. Of course, LG has a history of curved and bendable screens in devices such as the LG G Flex smartphone and rollable OLED TV R.

LG hasn’t just given the TV the ability to move between those two positions though. The OLED Flex has no less than 20 different levels of curvature to choose from allowing you to get it just right depending on variables such as viewing distance and the content being displayed.

The LX3’s 42in size means it could be placed in a living room or even on a desk, and if the full screen is too much real estate for a particular genre of game, you can use the Gaming Dashboard menu to resize the image to 32in or 27in.

There’s also a new Game app exclusive to the LX3 which “supports custom screensavers, offers shortcuts to popular apps, such as Twitch and YouTube, and provides a list of connected external input devices.”

LG’s Gaming Optimizer has been revamped and adds customised sound settings for different game genres and the Multi View mode means you can view content from two different sources at the same time – choosing which one you want to hear the audio from.

Like LG’s OLED TVs such as the G2, the OLED Flex is powered by the α 9 Gen 5 processor and offers specs such as a 4K resolution with 100% Colour Fidelity and 0.1ms response time along with 120Hz, Dolby Vision, HDMI 2.1, variable refresh rate (VRR) and auto low latency mode (ALLM).

The panel has flicker-free and glare-free certifications along with a super anti-reflection (SAR) coating to avoid distraction and increase comfort.

Turning to design, the OLED Flex has customisable lighting in the rear ‘shield-like’ design which can sync with video or audio with five unique modes. It sounds similar to Philips Ambilight which the firm just announced the next-gen version of on sets like the OLED+937.

The stand has adjustments including tilt and height and the LX3 also has a Switching Hub so you can use any devices connected to its USB ports or the built-in microphone with a PC via HDMI cable.

LG has said the OLED Flex is expected to arrive in the UK this November but hasn’t provided a price for what is presumably a very expensive TV. For comparison, the LG G2 starts at $2,199/£2,399 and doesn’t bend – so expect a bank-busting figure.

If you’re interested in finding out more, take a look at why we think LG’s OLED Flex turns a bendy TV gimmick into a genius gadget.