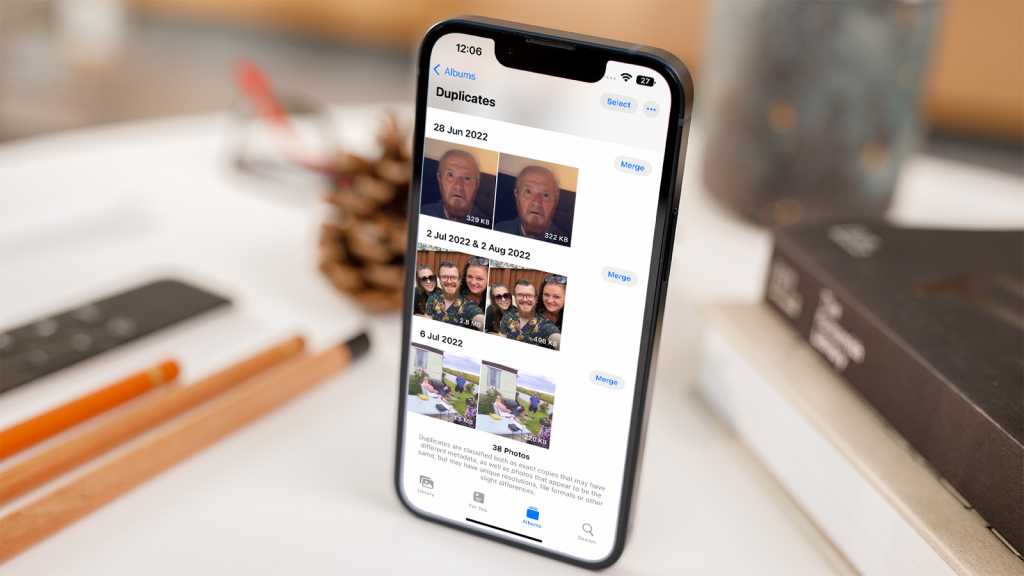 Apple’s big upcoming software update is largely expected to launch alongside the iPhone 14 sometime in mid-September, but developers and keen fans can already get their hands on the software via Apple’s beta program.

The software update was revealed to cheers at Apple’s reveal at WWDC 2022 in June, with big changes including a hugely customisable lock screen, the ability to edit and unsend text messages and a new on-device dictation system, but there are plenty of smaller features and tweaks that Apple didn’t mention on the day.

It concerns the Photos app, and more specifically, duplicate photos and videos. Whether we’ve saved an image on WhatsApp not realising it has already been added to the Photos app or double-screenshotted a particularly juicy conversation, we’ve all got duplicates in our photo library and they take up valuable space, both on-device and in iCloud.

The best way to deal with duplicates is to find and delete them – and there are plenty of apps on the App Store and Mac that’ll help in this regard. However, with iOS 16, you don’t need any additional app or tech – just head to the Photos app.

If you’re running the iOS 16 beta ahead of launch and want to keep your photo library in check, here’s how to find and merge duplicate videos on iPhone in iOS 16.

How to find duplicate photos and videos in iOS 16

The first step, if we’ve not made it obvious until this point, is to make sure you’re running the iOS 16 beta.

You can sign up via the Apple public beta website, and we’ve got a step-by-step guide on how to install the iOS 16 beta if you’re unsure.

Once you’re running the latest iOS 16 beta, open the Photos app on your iPhone and head to the Album tab.

Scroll past your albums, photos and people and media types until you get to the Utilities menu at the bottom of the list.

Within the list of imported, hidden and recently deleted media (the latter of which are now Face ID-protected), you’ll find a new option – Duplicates.

You’ll now see a list of all the duplicate photos and videos stored on your iPhone and in iCloud.

Rather than simply deleting one and keeping the other, Apple has opted to merge the two, combining the metadata from both so nothing is lost.

This means you’ll keep necessary metadata like the date taken, location, the phone used and more – a feature not offered by most third-party alternatives.

You can merge duplicates one-by-one by tapping the Merge button, but we’d recommend batch merging. You can do this by tapping the Select icon in the top-right and tapping Select All.

Once you’ve selected the photos and videos you’d like to merge, tap the Merge button at the bottom of the screen and tap Merge on the pop-up to confirm.

That’s it! Your iPhone will then merge all your duplicate photos and videos, freeing up some much-needed space on your iPhone and iCloud.