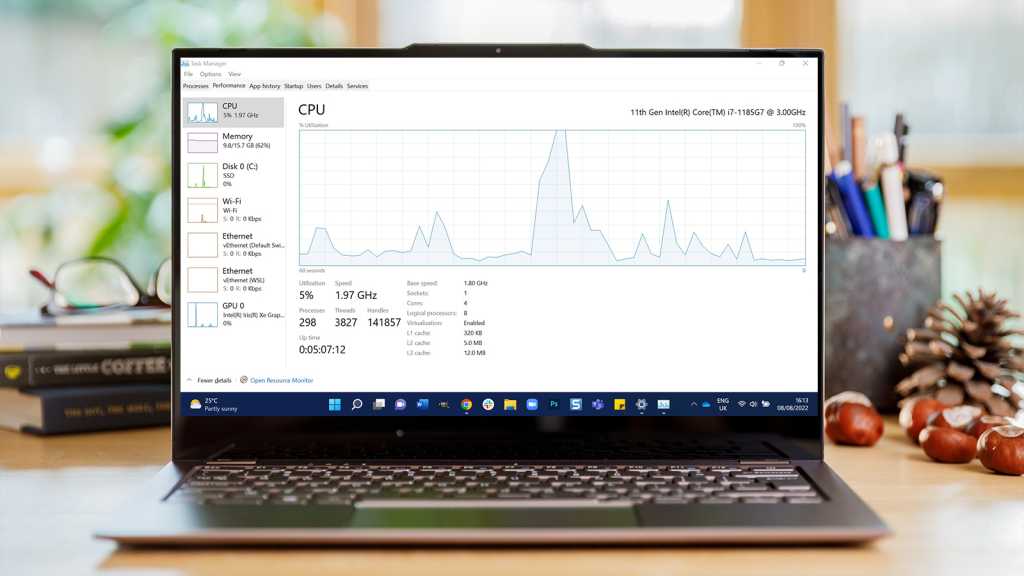 A new bug is causing yet more problems in Windows 11, but this time there’s already a solution available.

Several users have complained in Microsoft’s Feedback Hub of unexpectedly high CPU loads, resulting in a noticeable performance slowdown. The company has moved quickly to test a patch with members of the Windows Insider Program, meaning anyone with a Windows 11 device can install it.

All signs point to the problem being triggered by a process known as “sihost.exe”, or Shell Infrastructure Host. It’s used in the Start menu, taskbar and to power some graphical elements, including Windows 11’s transparency effect.

However, this bug causes sihost.exe to crank up CPU usage to high levels, even when performing simple tasks such as transferring files or capturing recordings. Performance is limited and fans often kick in as a result.

Microsoft hasn’t acknowledged the origins of the problem in its release notes for the KB5016700 update, simply describing it as “an issue that, in certain cases, causes sihost.exe to use a high amount of the CPU”.

But it’s available to all members of the Windows Insider Program now. To sign up, just head to Settings > Windows Update > Windows Insider Program and follow the instructions, making sure you choose the ‘Beta’ channel. Provided you’re up to date with everything else, this will then appear within the main Windows Update section like any other update.

If you don’t want to keep receiving early builds, head back to the Windows Insider Program settings after installing KB5016700 and click ‘Stop getting preview builds’. It’s safest to unenroll after the next major update – presumably version 22H2 – is released.

Alternatively, the patch may be available in Microsoft’s next round of monthly security updates. It’s worth waiting until then if you’re on the fence.

Windows 7 is still installed on more devices than Windows 11

Plenty of people have now made the switch to Windows 11, but they remain in the minority. According to the latest figures from Statcounter, Windows 10 is installed on over 72% of all Windows 10 devices.

But the more worrying news for Microsoft is that Windows 11 isn’t even second. Its figure of 11.77% is slightly lower than Windows 7, an operating system that’s now 13 years old. For context, it hasn’t been officially supported since January 2020.

Many of these devices will be inactive – it’s unlikely many people are relying on Windows 7 every day. Still, Microsoft must’ve been hoping for better 10 months after Windows 11 was released.

You can still use Internet Explorer, if you really want to

Talking of outdated software that remains popular, Internet Explorer was finally laid to rest last month. Its demise began with the release of Microsoft Edge in 2015, so it was no surprise to see Microsoft officially drop all support. Or did it?

Twitter user XenoPanther has found one area of Windows 11 which still uses Internet Explorer. Head to Internet Options within Control Panel, then click ‘Learn more about toolbars and extensions’ from the ‘Program’ tab. A web link will open in Internet Explorer, then you can browse as normal.

There’s no good reason to use it over Edge or pretty much any other web browser these days, but it’s nice to know that Internet Explorer lives on.