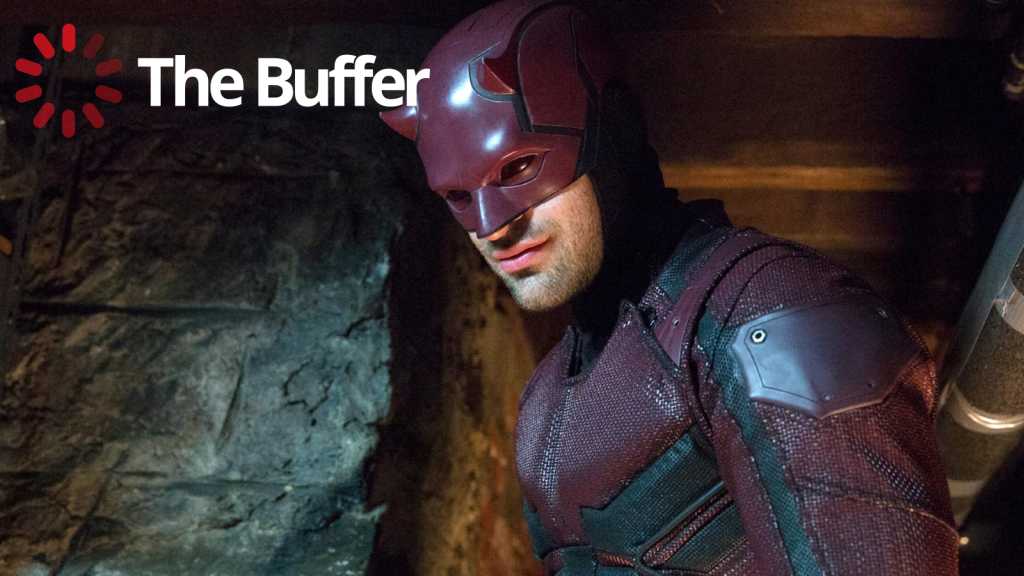 Of all the events at San Diego Comic-Con, the MCU Hall H panel creates the most headlines. Footage from this year’s event shows the usual whooping and screaming from fans as Phases Five and Six of the MCU were revealed by the cap-wearing industry veteran Kevin Feige – with one project in particular garnering a huge reaction.

After being cancelled back in 2018, Daredevil has been confirmed to return in an 18-episode series called Daredevil: Born Again. The show will welcome back Charlie Cox as Matt Murdock, a blind lawyer working cases by day and fighting crime as a vigilante by night.

His nemesis, Vincent D’Onofrio’s Wilson Fisk/Kingpin, will also be back – an underground crime boss who controls the city in the palm of his hand and isn’t afraid to strongarm his opposition (both figuratively and literally) into doing his bidding.

Spoilers for Daredevil, Hawkeye and Spider-Man: No Way Home below.

The original Netflix series was one of the crown jewels of the Marvel projects on the streaming service, with standout performances from both Cox and D’Onofrio. As such, fans were massively disappointed when it was cancelled, along with other shows such as Jessica Jones, Luke Cage and The Defenders.

Since then, the two biggest stars of Daredevil have been teed up to fit in with the broader MCU. Matt Murdock made a brief appearance as Peter Parker’s legal representation in Spider-Man: No Way Home, casually catching a brick hurled through Peter’s window and passing it off as being a “really good lawyer”. The character has also been teased to appear in She-Hulk: Attorney At Law, the next Marvel project in Phase Four.

Meanwhile, Kingpin was revealed to be pulling the strings as the main villain of Hawkeye and ended up fighting MCU newcomer Kate Bishop in a New York shop. At the end of the series, he was shot by his adopted niece, Maya Lopez, AKA Echo – another new character getting her own stint on Disney+. Murdock will also make an appearance in this show.

Wilson Fisk was teased throughout Hawkeye, and users on Twitter went wild with each clue that was revealed. However, when he finally got to show off his acting chops again, the material was – very sadly – underwhelming for the iconic antagonist.

Fisk is one the most complex and layered villains within Marvel, but Hawkeye short-changed his performance in many areas. He didn’t get the lengthy monologues about his past or the city – and whilst D’Onofrio did a good job with what he was given, he only had two episodes to perform in, so there simply just wasn’t enough material to do his character justice.

Aesthetically, he also lost the intimidating, immaculate look of the origin series. Sure, his outfit was comic book accurate, but it was hard to take him seriously with the Hawaiian shirt, fedora and pimp cane.

Furthermore, despite being almost invincible for three seasons in Daredevil, he was taken down rather easily by his niece, Maya, during the finale. Whilst we know that he most likely isn’t dead due to forthcoming appearances in other Disney+ shows, it did feel like a slap in the face for viewers who had been so excited to see this powerful character go toe-to-toe with our Marvel heroes.

I have similar worries about the appearance of Matt Murdock in She-Hulk. This show is described as a ‘legal-comedy’ – a very different tone to the original Daredevil series, so there is a chance that Matt may also feel slightly off to fans of the Netflix hit.

Generally, the Marvel Disney+ shows have been afraid to explore the dark, slow-burn type of content that Netflix did so well. The studio is instead hellbent on creating six-hour ‘movie experiences’ rather than a fleshed-out television series, and as such many of their recent series feel like they’re racing towards the end.

Daredevil: Born Again seems to be the exception to this rule, with a whopping 18 episodes – a fact that Kevin Feige was extremely buzzed about. What I am hoping is that this long season is not broken up into shorter, bite-sized episodes. Daredevil works best when it has the time and space to weave in Matt’s battles in court with his vigilante outings.

In addition, the Disney label has typically made most Marvel shows a little softer and more appropriate for audiences of all ages. Disney hasn’t ruled out more mature content. Deadpool 3 will be rated R, for example, so there is a chance that Daredevil won’t be given the ‘family-friendly’ treatment.

The name of the new series does hint that Marvel is ready to roll out the grittiness. In the comics, the Born Again arc is one of the toughest times of Murdock’s life. Fisk finds out Daredevil’s true identity and uses it against him by going after those closest to him, such as Karen Page, who he sells drugs to. Piece by piece, Fisk slowly breaks apart Matt’s life.

This storyline has already loosely been explored in season 3 of the Netflix series. So, will we just see a variation of this once again? This is also brings up the uncertainty about how the Netflix Marvel shows fit into the MCU canon, and whether the Daredevil and Kingpin we have seen in recent MCU projects are the same characters, or just more multiversal variants.

As far as D’Onofrio is concerned, his Wilson Fisk is the same man. However, Feige and the Marvel writers have yet to clarify on the timelines – we will most likely learn more either in She-Hulk, or (more likely) in Echo in Summer 2023.

In order to do the hero and villain of Daredevil justice, Disney+ must embrace the original tone set by Netflix. I’m talking the no-holds-barred violence (especially those incredibly choreographed corridor fight sequences), the scandalous court scenes and the lengthy dramatic speeches. Daredevil was never intended to be a show for kids and trying to turn it into one takes away everything that makes it so compelling.

Also, the writers shouldn’t get wrapped up in tying these characters to other plot threads in the MCU, as Matt’s story was at its strongest when it was in isolation, rather than setting up arcs for other characters in the Defenders. Daredevil doesn’t need to meet every hero in the MCU – the story is strong enough to stand on its own.

We all have our guilty pleasure TV shows, and mine is Virgin River. If you hate anything remotely like a soap opera or a Hallmark flick, then this isn’t for you. However, if you want OTT drama set in a dreamy town in the California mountains, then this is the show for you (plus, it’s perfect for zoning out).

Mel (Alexandra Breckenridge) spontaneously moves to the sleepy town of Virgin River from LA after losing her husband in a tragic accident. When she arrives, her new boss hates her, and she finds adjusting to the slower lifestyle quite hard – but over time Virgin River starts to become her home, especially when she is welcomed into the community by bar owner, Jack (Martin Henderson).