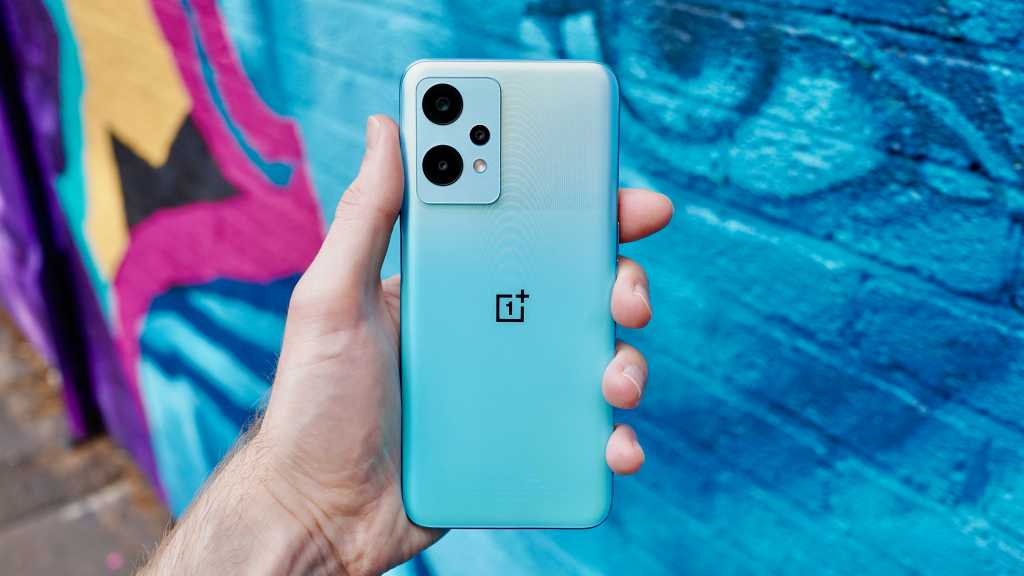 The OnePlus Nord CE 2 Lite 5G is a solid affordable smartphone, but it finds itself undercut by cheaper rivals and outmatched by the superior OnePlus Nord CE 2. It won’t let anyone down, but there are simply better and more exciting options out there.

This new entrant to the affordable mid-range market is a completely different kettle of fish with a different spec list, yet the price tag falls just £20 short of its almost-identically-named brother. OnePlus is effectively competing with itself, which is somewhat confusing.

While it’s an undoubtedly solid phone, the OnePlus Nord CE 2 Lite 5G lacks the flair, poise, and sense of value of other OnePlus phones. It’s a bit drab and a bit overpriced.

The OnePlus Nord CE 2 Lite 5G is a bigger and heavier phone than the OnePlus Nord CE 2 5G. You wouldn’t call it unwieldy, but at 8.5mm thick and with a weight of 195g, it certainly defies any lightweight expectations you might have based on its all-plastic construction.

The rear of the phone has a pretty generic layout and shape, with the usual curved back panel and oblong camera module.

Two details provide some interest. One is the Blue Tide colour of my test model, which appears to shift from a deep blue to an almost turquoise shade, with bright yellowy highlights. There’s also a Black Dusk model if you insist on a stealthier look.

The other detail of note is a patch of faint thin vertical lines that extends across the width of the phone and the length of the camera module. There’s no texture or function to it, but it makes the phone look a little less run-of-the-mill than it otherwise would.

There’s a side-mounted fingerprint sensor underneath the power button, which is nice and reliable. The bottom edge of the phone is packed with a USB-C port, 3.5mm headphone jack, and a slightly puny mono speaker.

The Nord CE 2 Lite steps away from the dependable display used in the Nord CE 2 and other Nord handsets, and that’s a bit of a downer.

Both displays have FHD+ resolutions, but the IPS LCD used here doesn’t output anything like the same vibrant colours or deep blacks as the CE 2. It simply doesn’t look as premium.

It doesn’t feel as premium either. The screen has a greasy, smudgy feel to it that had me trying to wipe it clean on my T-shirt within minutes of handling it for the first time. OnePlus doesn’t mention whether it’s Gorilla Glass 5, like the Nord CE 2 has, which leads me to suspect it isn’t.

In the screen’s default Vivid screen colour mode, I recorded a gamut coverage of 99.6% sRGB, 80.8% Adobe RGB, and 97% DCI P3, which isn’t bad. However, you’ll want to switch to the Normal colour mode if you want to optimise the balance and accuracy of that output.

When you consider that the Poco X4 Pro 5G gives you a 6.67in 120Hz AMOLED display for even less money, the Nord CE 2 Lite’s screen really isn’t anything to write home about.

The OnePlus Nord CE 2 Lite runs on Qualcomm’s Snapdragon 695 5G, which is the same low-end chip that powers the similarly priced Poco X4 Pro 5G. This is backed by 6GB of RAM, though that can be expanded on the fly by up to 5GB of temporary virtual RAM.

In benchmark tests the phone falls a little behind the OnePlus Nord CE 2, both in CPU and GPU terms. It’s more or less equal to the Poco X4 Pro, as you’d expect given the identical components.

On the storage front you get 128GB as standard, plus the added bonus of a microSD slot.

OnePlus has packed this cheap phone with one of those triple camera systems that’s really a single-camera system. You get a 64Mp main wide angle sensor, which is all well and good, but then a 2Mp macro and a 2Mp depth sensor that don’t really do very much.

In other words, it’s a similar set-up to the Nord CE 2, minus the ultrawide. As with that phone, the Nord CE 2 Lite mostly delivers the goods in decent lighting.

Colours are deep and vibrant without looking totally false, detail is good, and dynamic range is on point. It’s pretty much all you could want at this price.

It struggles a little once the light drops, where the smaller sensor and lack of optical image stabilisation (OIS) start to bite, but I still obtained usable results with the provided Night mode.

Around front is a 16MP selfie camera, which struggles a little with exposure and with a certain softness, but is otherwise passable.

OnePlus has equipped its affordable phone with a 5000mAh battery, which matches the Poco X4 Pro 5G and exceeds the non-Lite model.

It’s sufficient to drive the OnePlus Nord CE 2 Lite 5G through a full day of moderate usage (3 hours 30 minutes of screen on time) with more than 50% to spare. That’s a strong result, though the Poco X4 Pro 5G achieved something similar.

For some reason, the PCMark Work 3.0 battery test repeatedly failed to complete during my time with the OnePlus Nord CE 2 Lite 5G, so I can’t offer up any of the usual benchmark comparisons.

The latter isn’t quite the boldly independent Android UI it used to be, with Oppo’s takeover essentially rendering it a different version of its own ColorOS. But it retains its attractive fonts and icons, at least, and it’s nice and smooth to use.

I’m not a huge fan of the OnePlus Shelf, a widget-filled menu that’s accessed by dragging down from the top right of the screen. It looks a little clumsy, and it feels weirdly divorced from the rest of the UI. Still, at least it’s possible to deactivate within the Settings menu.

OnePlus is promising two major Android updates and three years of security updates. That’s about as good as it gets at this end of the market, and should see the phone through to Android 14.

The OnePlus Nord CE 2 Lite 5G is available from the OnePlus website and Amazon in the UK. The sole model available in the UK retails for £279, which gets you 6GB RAM and 128GB storage as standard.

While this places the OnePlus Nord CE 2 Lite 5G well and truly into the affordable phone category, it somehow still feels a tad overpriced. The likes of the Poxo X4 Pro 5G and the Realme 9 5G are similarly specced, but cost £20 to £30 less.

Perhaps more problematic is the challenge from within. The OnePlus Nord 2 CE 5G is a flat-out better phone in most of the ways that count, yet it only costs £20 more.

However, there’s no getting away from the fact that this is one of the least exciting OnePlus phones we’ve seen for some time. In certain ways, it feels downright unnecessary.

For just £20 less than the OnePlus Nord CE 2 you’re getting a phone with an inferior LCD display, inferior performance, slower charging, and a less flexible camera system. Meanwhile, rival efforts from Xiaomi and Realme provide similar or even slightly better specifications for less money.