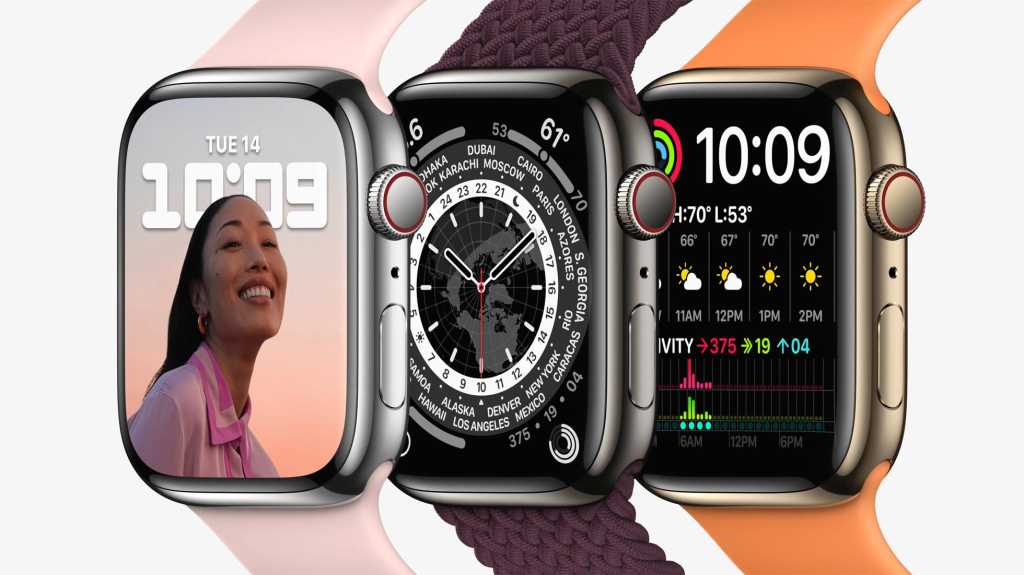 The Apple Watch is a premium bit of kit, offering a holistic smartwatch experience, but it can’t quite compete with outdoor-focused alternatives from Garmin with a more durable, rugged design – but that could be about to change with the new Apple Watch Rugged Edition.

Leaks and rumours suggest that Apple is hard at work on a new rugged Apple Watch designed for the great outdoors, boasting a more durable case, larger display and possibly even an improvement on the standard 18-hour battery life. The best part? It’s rumoured for release in the next few months alongside the Apple Watch Series 8.

Here’s all there is to know about the rugged Apple Watch right now, including the latest release date, pricing and feature rumours.

What will the rugged Apple Watch be called?

Through leaks we know that Apple is working on a rugged Apple Watch behind closed doors at Apple Park, but when it comes to branding, it’s anybody’s guess.

Most leakers have been referring to the Apple Watch by its main characteristic – its rugged nature – rather than its official name. Apple Watch Explorer Edition has been a popular option in the past, which has more recently developed into the Apple Watch Rugged Edition.

Bloomberg’s Mark Gurman claims that it’ll instead be called the Apple Watch Pro, and it does make sense. Not only is it rumoured to be more feature-packed than the standard Apple Watch Series 8, it’s also the branding Apple uses on practically every other product line, from iPhone to iPad to Mac and even AirPods.

However, it’s entirely possible that Apple could go with something else entirely – we’ll just have to wait and see.

When will the rugged Apple Watch be released?

How much will the rugged Apple Watch cost?

It’s well known that the Apple Watch is a premium smartwatch, with the current flagship Apple Watch Series 7 starting at $399/£369, and it can reach over $1000/£1000 if you opt for more premium cases and watch strap combinations.

The rugged Apple Watch is expected to feature a bigger display, stronger casing and longer battery life than the upcoming flagship Series 8, and the price will likely reflect this.

While we’re yet to get confirmed pricing, Bloomberg’s Mark Gurman suggested in his Power Up! Newsletter that it could start at the $900-999 mark, making it over double the price of the standard flagship.

We’ll update this section as soon as we hear differently.

What to expect from the Apple Watch Rugged Edition

As the name suggests, the rugged Apple Watch will offer a more durable experience tailored to those that spend a lot of time in the great outdoors, with improved casing durability, a larger display and, possibly for the first time ever, an improvement on the standard 18-hour battery life.

With the ‘rugged’ moniker floating around and an alleged focus on extreme sports, it should come as no surprise that the rugged Apple Watch is said to be more durable than the standard Apple Watch.

Bloomberg’s Mark Gurman claims that the chassis of the rugged edition will be made from a metal stronger than aluminium, and in a follow-up, he suggests that it’ll feature “a more durable formulation of titanium to make it extra rugged”.

Gurman also believes that the new model will offer an “evolution of the current rectangular shape, and not circular” and it won’t have the flat sides of the rumoured Apple Watch redesign from a year or so ago.

Despite the fact that Apple only recently increased the display of the Apple Watch with the Series 7, jumping from 40mm and 44mm to 41mm and 45mm respectively, Bloomberg’s Mark Gurman suggests that the rugged Apple Watch will benefit from a larger display than the rest of the Series 8 collection.

Per Gurman, the rugged Apple Watch will allegedly feature a 2in display, compared to the 1.9in display of the current and upcoming flagship models. Though it might not sound like much, whispers suggest the extra screen real estate could be used to display more metrics during exercise, one of the key features of the rugged model.

It also boasts a slightly higher resolution than the standard Watch, coming in at a rumoured 410 x 502 compared to the standard 396 x 484 of the larger 45mm Series 7.

He reiterated his claims soon after, claiming that the display will “be a good bit bigger than the standard Apple Watch” and claims that the size will be the main factor as to why it’ll only appeal to a “subset of customers”.

So, while it won’t be dramatically larger, it’s safe to expect a slightly bigger display with the rugged Apple Watch at release later this year.

With a larger display should come a larger internal battery, and that should extend the battery life beyond 18 hours for the first time ever – that’s according to Mark Gurman, anyway.

Though no specifics are provided, Gurman believes the rugged Apple Watch will outlast the rest of the Apple Watch collection, further adding to its ‘rugged outdoor’ focus where users may not be able to top up the watch once a day.

We’re not expecting true multi-day battery life like some Android alternatives, but if we could see a full 24-48 hours of use, that’d be a huge feat and no doubt a massive draw for tempted consumers.

While it’s yet to be confirmed, it’s suspected that the rugged Apple Watch will borrow new fitness sensors, including a body temperature sensor said to make its first appearance on Apple’s wearables later this year. However, a rumoured blood pressure monitor isn’t set to come to any Apple Watch until 2025 – per Mark Gurman – so don’t get your hopes up too high.

The rugged Apple Watch will also apparently feature the same S8 chipset as the Series 8, which in itself is said to be near-identical to the chipset within the Series 7 and Series 6.

It’s also safe to assume it’ll benefit from new watchOS 9 tweaks, with the ability to display more exercise metrics on screen at any one time, better manage incoming notifications and more.

Are you looking forward to the reveal of the rugged Apple Watch later this year? Let us know on Twitter.