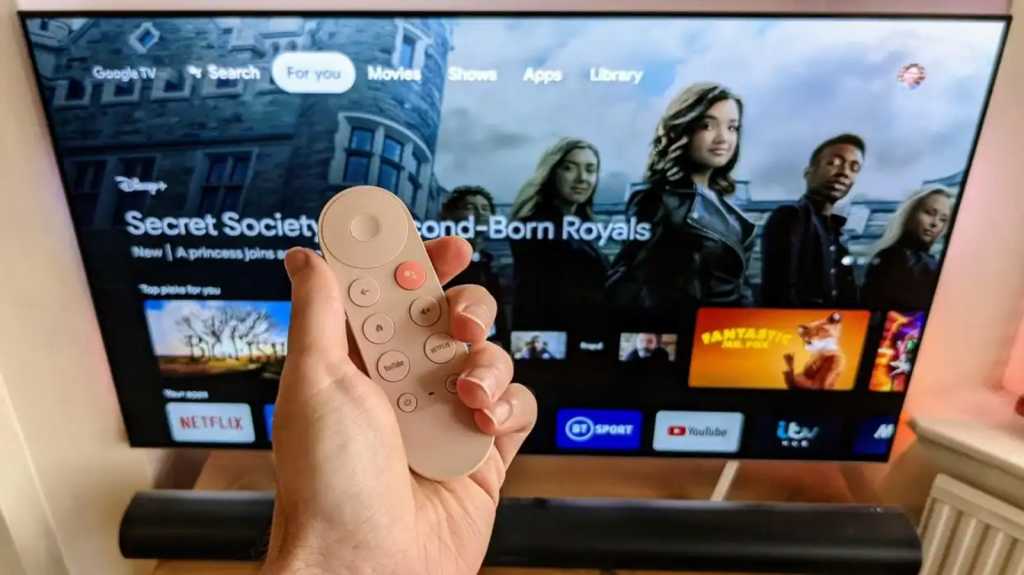 Like Amazon’s Fire TV Stick, the Chromecast is an inexpensive way to make any TV (or even a computer monitor) smart.

The only snag with the original Chromecast was that you had to use your phone as a remote  control. But the Chromecast with Google TV fixes that and includes a remote control and a proper interface on your TV, just like a Fire Stick.

You can read more about the device in our Chromecast with Google TV review, but it’s worth knowing it supports 4K HDR, not just 1080p.

But don’t take too long deciding if it’s the one for you: this Amazon Prime Day deal ends at midnight and is the best price we’ve seen.

It may not look it at first glance: you can get a Chromecast with Google TV for £39.99 from just about every big-name retailer in the UK at the moment including John Lewis, Currys and Argos.

There are two catches: one is that you have to be a Prime member to get Amazon’s deal price and the second is that delivery isn’t as swift as usual: it won’t be until 2 August. (If you’re not an Amazon Prime subscriber, you can get a free 30-day trial.)

Get the Chromecast with Google TV for £29.98 at Amazon

Amazon doesn’t sell the Chromecast with Google TV in the US, but on the official Google Store, it’s reduced to $39.98 from $49.98 – still a good deal.

If the a Chromecast isn’t for you, take a look at all these great Fire TV Stick deals – also available until midnight tonight.

And if you’re on the hunt for other tech bargains, then browse the many Prime Day deals we’ve hand-picked today.