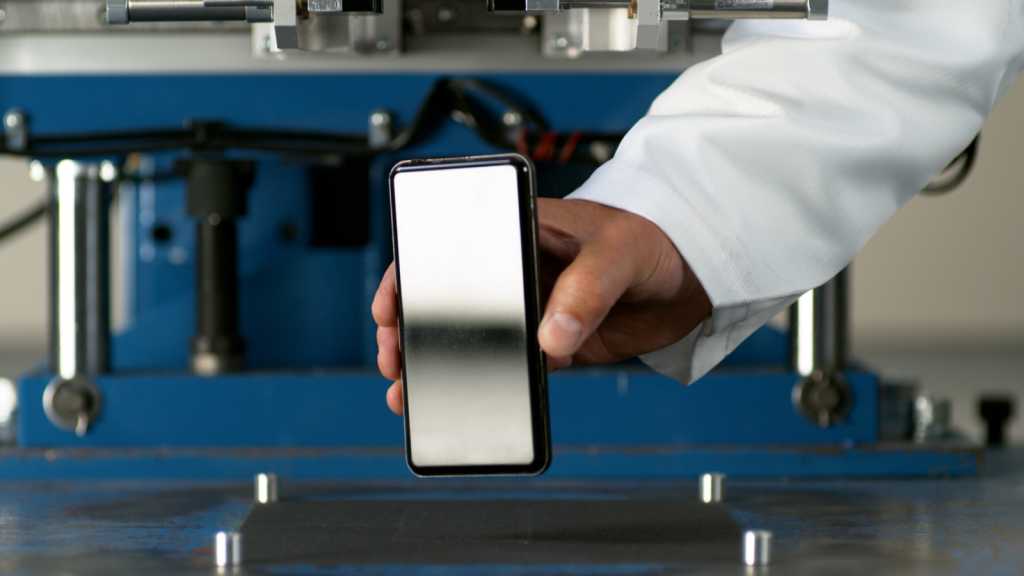 Smartphones have an abundance of glass. Whether it’s the ever-expanding front panels that protect the display or the back covers that help facilitate wireless charging, glass is the go-to material when creating a premium handset.

This wasn’t always the case though, as early iPhones and Samsung devices often employed more durable plastic casings that were less susceptible to scratches or cracking.

One of the main factors that caused manufacturers to switch to glass was a company called Corning, which introduced a new, tougher substance that could provide the kind of rigour needed to protect smartphones from keys, coins and other everyday items. This was Gorilla Glass, and there’s a very good chance it’s on the phone that you’re holding today.

Here’s a quick look at what it is, how it’s made, and why it has become some important.

What is Gorilla Glass?

While it might look like a normal plate of very thin glass, Gorilla Glass has been chemically treated to make it tougher and more resistant to breaking. This is achieved by immersing the standard glass into a potassium salt-bath at very high temperatures. In here, the small sodium ions that are in the glass normally are exchanged for larger potassium ones.

Corning likens the process to a chain link fence with tennis balls in every square, which you then replace with softballs. Strange sports metaphors aside, the combination of the glass and the larger ions creates a compressive stress layer, making the resultant material tougher than standard glass.

One of the ways this is significant is in terms of cracking. When normal glass gets damaged in some way, this usually leads to further cracking along the fault line, as the whole surface loses its integrity. Gorilla Glass minimises this knock-on effect, keeping damage localised. It’s also more resilient when it comes to picking up knocks and scratches.

Which Gorilla Glass version is best?

Since the introduction of the first generation back in 2008, there have been nine other variants which have adorned various smartphones, laptops, tablets and wearables. Some of these have been more specialist, such as Gorilla glass SR+ and DX+ that have been used on smartwatches.

Each time, Corning has found new ways to improve the durability of the material along with instances of making it thinner in the process. It’s even appeared on the windshields of some Ford cars in the USA, so it isn’t limited to purely technology products.

Smartphones usually use the regular numbered versions of Gorilla Glass, and for a while the rule was simple: the higher the number, the better the protection.

That changed with Gorilla Glass Victus, which launched in 2020. The company claims that this has twice the scratch resistance of Gorilla Glass 6 (the previous generation) and it made its debut on the Samsung Galaxy Note 20 Ultra.

This has been followed by devices such as the Google Pixel 6 and 6 Pro, Samsung Galaxy Z Fold 3 5G, Asus Zenfone 8, OnePlus Nord 2T, OnePlus 10 Pro, Xiaomi 12S Pro and many others.

In November 2022, Corning introduced Gorilla Glass Victus 2. The company boldly claimed the glass “can survive drops up to one metre on surfaces like concrete and up to two metres on surfaces like asphalt”. Corning said it is taking into account the fact smartphone screens are getting bigger and the devices themselves heavier with tests that simulate big drops directly onto hard surfaces.

The different generations have all had their own levels of toughness, usually improved by each successive iteration. Of the current Victus offering, Corning states:

So, that’s pretty tough. Obviously, it’s not indestructible, especially if dropped from over two metres, but it should give any phone a better than average chance of surviving those sudden dives off a table.

Corning says Gorilla Glass Victus 2 “improves drop performance on rougher surfaces like concrete”. We’re a little surprised it took the company this long to test on surfaces like concrete and add the one metre guarantee for the material – but equally we suppose it’s pretty difficult to get glass not to break when it’s dropped onto concrete.

Are there any alternatives to Gorilla Glass?

While Gorilla Glass has been in the box-seat for the past decade or so, there are some rival names you might see appearing on listings for premium phones.

Apple has used Gorilla Glass panels on many of its iPhones over the years, including the very first one. But, you may have noticed that since the iPhone 12, the panels now feature something called a Ceramic Shield. Apple states that:

“It’s made by introducing nano-ceramic crystals — which are harder than most metals — into glass for far greater durability…Our dual‑ion exchange process also protects against nicks, scratches, and everyday wear and tear… Ceramic Shield is tougher than any smartphone glass.”

All of this could be seen as a body-blow to Gorilla Glass, but that’s until you realise that Corning and Apple have worked together to develop Ceramic Shield, and the tech company invests in its valued partner to ensure that the innovation continues.

Perhaps the biggest rival to Gorilla Glass is the Schott’s line of Xensation glass. This has appeared on a few recent Vivo flagships including the Vivo X70 Pro, but has nowhere near the market penetration of Gorilla Glass.

Huawei also introduced its own hardened glass that it calls Kunlun for the priciest version of its Mate 50 Pro phone.

Is Gorilla Glass good for the environment?

As it remains pretty much entirely glass, it’s fully recyclable. Obviously, as with any tech, the manufacturing processes use plenty of energy and resources, so it’s never going to be great for the environment. But, as far as displays go, it’s good.

Be sure to check out our guides to the best phones, best tablets and best laptops to see if the next one you want to buy has the added advantage of Gorilla Glass.