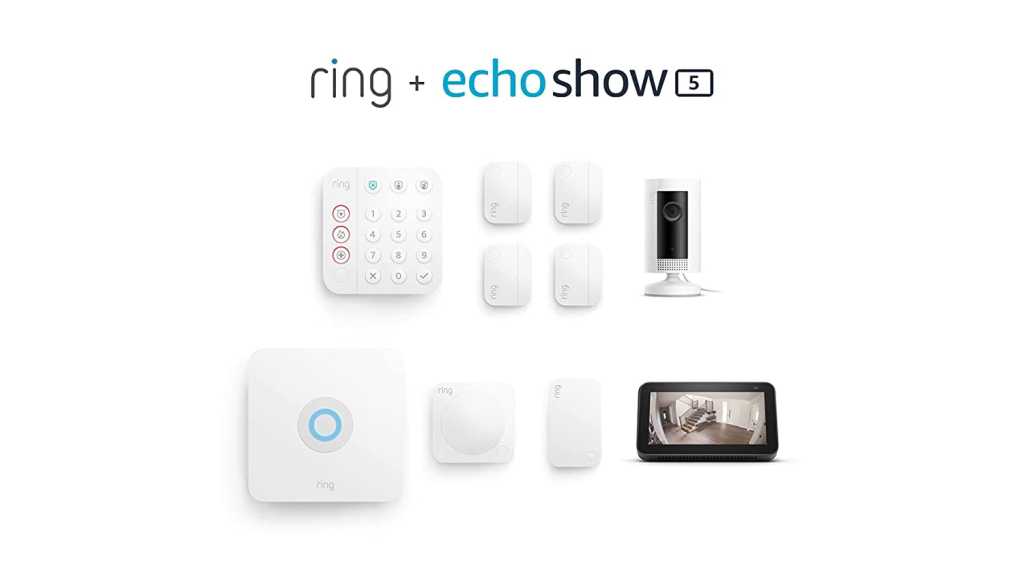 As well as slashing prices  on Amazon-branded hardware, there are great savings to be had on Ring devices – one of the companies  Amazon owns, along with Eero.

We’ve already marvelled at the amazingly low price of this Ring doorbell and Echo Show 5 bundle, but while that’s available only in the UK, in the US is this stunning deal.

For virtually half price, you get Ring’s 8-piece smart alarm system, an indoor security camera and an Amazon Echo Show 5 (2nd gen).

The Alarm system is much like a traditional home alarm, but it’s managed from the Ring app where you can also see what’s going on from afar thanks to the inclusion of the Ring Indoor Cam.

With the Echo Show 5, you can take advantage of hands-free control via Alexa, using your voice to arm and disarm the system.

Amazon says the alarm is a good fit for 1-2 bedroom properties, coming with a base station, one keypad, four contact sensors, one motion detector, and one range extender.

It’s designed for DIY installation and all the sensors are wireless, so anyone can fit it to their home with ease.

This is a Prime Exclusive deal which means you can only get this low price if you’re an Amazon Prime subscriber. If you’re not, you can get a free 30-day trial of Prime in order to take advantage of this and other great Prime Day deals.

If you’re reading this and you’re in the UK, there’s no direct equivalent of this bundle, but there are deals available.

However, for just £1 more, you may as well go for the Ring Video Doorbell Wired + Echo Show 5 bundle mentioned at the start.

This means you can’t quite build the same deal, but for a total of £225.97, you get the alarm, Echo Show, doorbell and indoor camera, which is still a great price.