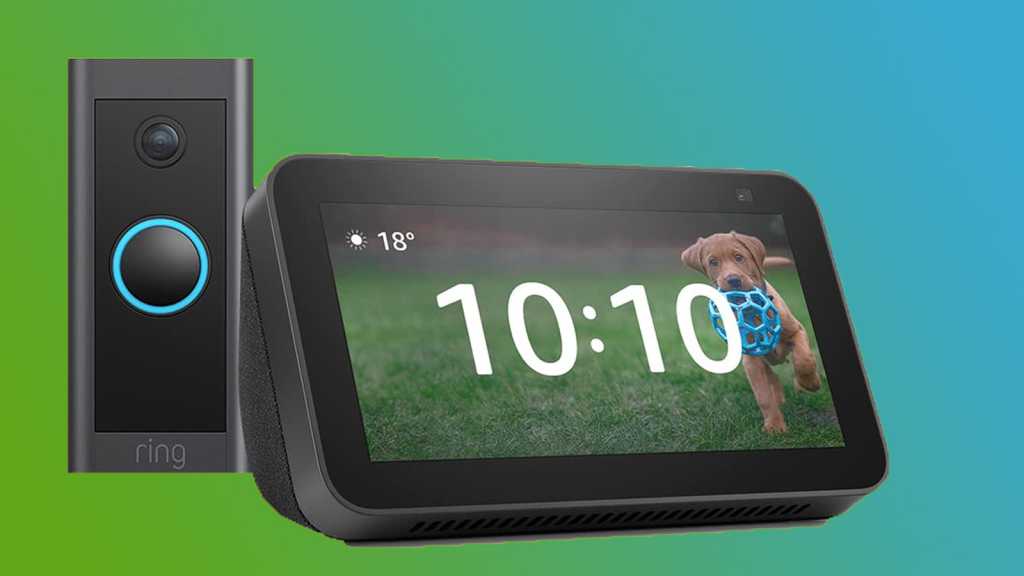 Amazon’s Prime Day sale doesn’t start officially until tomorrow, but this Echo Show and Ring doorbell bundle immediately caught our eye as one of the best value we’ve seen today.

For a limited time you can pick up Ring Video Doorbell Wired with an Echo Show 5 (2nd gen) for just £35.99!

When you click through, you’ll see you can pick all three colours of the Echo Show 5: black, blue or white. If you prefer, you could instead choose an Echo Dot 4 – the bundle price is the same at £35.99.

Ring’s Video Doorbell Wired (reviewed – 4.5/5 Editor’s Choice) is the entry model in its line-up, but although it’s affordable it is not light on features. Like other Ring cameras, it records 1080p video of the area immediately outside your front door, alerting you to anyone at the door even if they haven’t pressed the buzzer, and it also supports two-way audio.

This isn’t one of Ring’s battery-powered models, so needs power at your front door. If you don’t have it, be sure to click on Plug-In option on the deal page. This will add a mains adapter to the bundle for £10 – cheaper than you’d pay if you bought one on its own.

Typically you’d receive an alert in real time on your smartphone when someone presses the doorbell, provided you’re logged into the free Ring app, but by combining the doorbell with a second-gen Echo Show 5 (reviewed) you can also watch and interact with the video feed live on your smart display without even picking up your phone.

Echo Show is a lot more than a display for your video doorbell, of course. As an Alexa-enabled device it supports all the features you’d expect to find on an Echo smart speaker, from answering your random questions about the weather, news headlines or search queries, to playing music, displaying notifications and controlling all your smart home kit.

Is there a catch?

Both the Echo Echo Show 5 and Echo Dot 4 are the latest-generation devices, so it isn’t even that Amazon is trying to get rid of old models.

The only thing to bear in mind is that Ring video doorbells work best when paired with a Ring Protect subscription, which is common for many video doorbells, but it is not essential to use the camera. You’ll get a 30-day free trial with the camera, after which it costs £3.49 per month or £34.99 per year (discounts are available if you have multiple Ring devices).

Amazon is offering discounts on many of its own smart devices, so have a look at these great Echo deals.