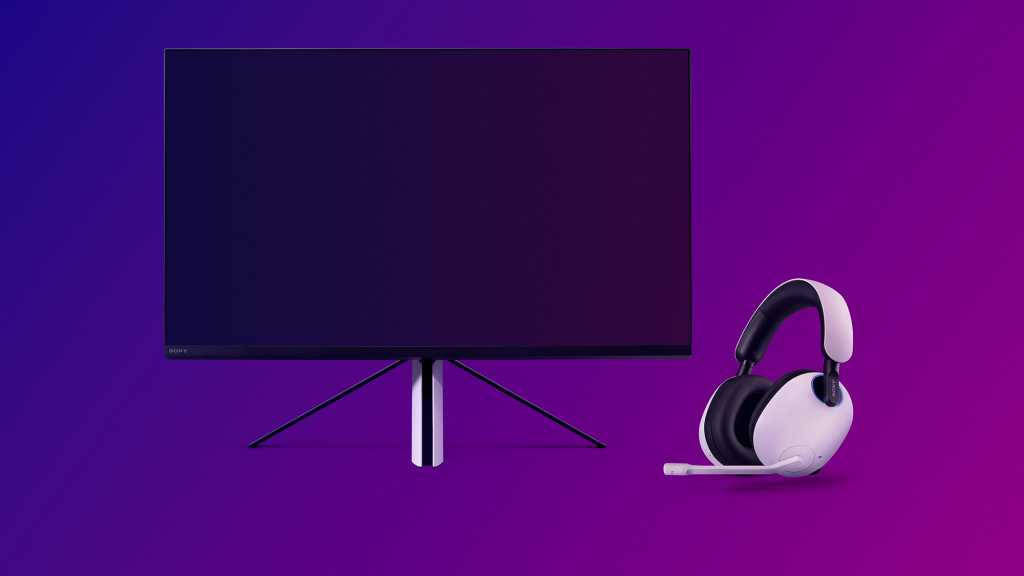 Sony has unveiled a raft of new gaming hardware, but hold your horses – this isn’t the PS VR2, PS5 Pro, or whatever other upcoming gear you’ve got your heart set on. In fact, you won’t find the PlayStation logo anywhere.

That’s because the new tech – a trio of gaming headphones and a pair of gaming monitors – mark the debut of a whole new PC-focused gaming brand: Inzone. Or INZONE, if you prefer Sony’s excited capitalisation.

With Sony increasingly moving to port its biggest PlayStation games to PC, it’s no surprise that it wants to catch a portion of that market. The bigger surprise is that it’s launching a new hardware line to do so, rather than leveraging the power of the PlayStation brand.

While the new Inzone hardware may not boast PlayStation branding, it does boast plenty of tech borrowed from the company’s console line, and is clearly designed to appeal to PC gamers who also have a PS5 in the living room – or would if they could buy one – with features optimised for both gaming PCs and Sony’s latest console.

Take the headsets. The H3, H7, and H9 vary in specs, features, and price, but all three feature one common element: 360 Spatial Sound, a 7.1 surround sound system based on the Tempest 3D audio found inside the PlayStation 5 – and it’ll work with that console too. You can even personalise the sound profile using either a 360 Spatial Sound smartphone app or the new Inzone Hub PC app.

Beyond 360 sound, the headsets impress. All three use 40mm drivers, and have Discord-approved bi-directional boom mics that you can flip up and out of the way to mute. They also feature a dedicated button to shift the audio balance between game audio and chat.

Most impressive – but most expensive – is the $299/€300/£269 Inzone H9. These cans ditch the nylon for the same synthetic leather earpads used by Sony’s flagship XM5 over-ear headphones, and like those also offer active noise-cancellation. Sony has even thrown in some RGB lighting, though the knock-on effect of that is a drop to just 32 hours of battery – and even less if you use the ANC.

The pair of Inzone gaming monitors also look like a solid start from the brand. The M3 and M9 are both 27in displays, and share 1ms response times and support for VRR and Nvidia GSync over HDMI 2.1. Both also feature the same ports, which include DisplayPort 1.4, dual HDMI 2.1, USB-C, USB-A, and a 3.5mm headphone jack.

Still, they differ in key specs: the M3 caps at Full HD resolution but can drive up to 240Hz refresh rates, while the M9 will display full 4K but at ‘only’ 144Hz.

The $899/€1,099/£999 M9 is, on the whole, the more impressive, though its price puts it out of reach for many. Its LED panel supports full array local dimming with 96 separate dimming zones, and boasts a DisplayHDR 600 certification, and over 95% coverage of the DCI-P3 colour gamut. It also includes rear RGB lighting, and Auto HDR Tone Mapping to automatically optimise HDR settings when connected to a PS5.

The M3 should be cheaper, though Sony hasn’t yet confirmed pricing outside of the US, where it will be $529. It’s an IPS panel that’s a little dimmer – DisplayHDR 400 – and covers 99% of sRGB (not DCI-P3, note). Assuming the price is right, that should still be an impressive display.

The three H-series headsets will go on sale some time in July, with the M9 monitor also arriving this summer – though you’ll have to wait until winter for the M3.