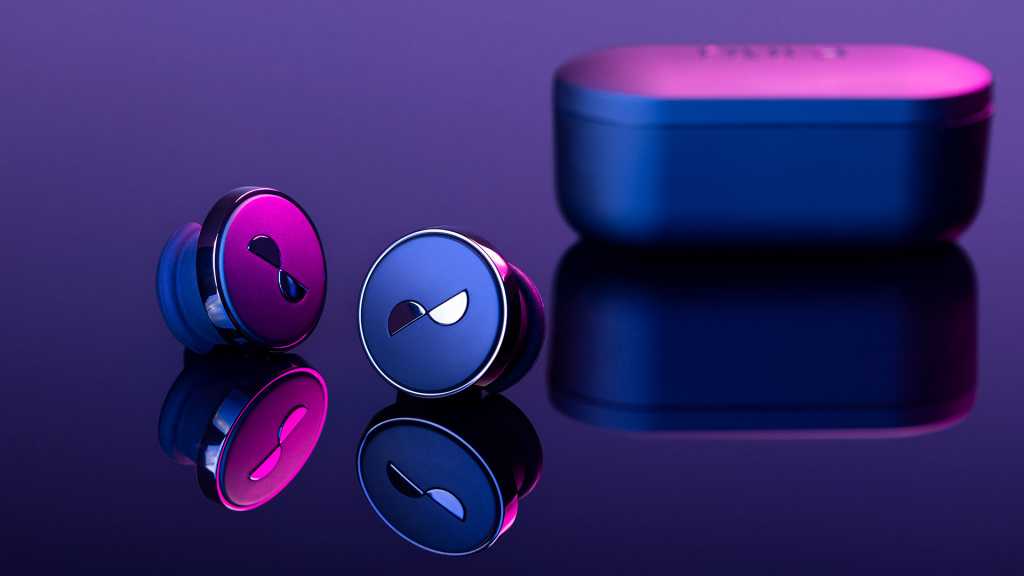 Pitched as an upgrade to the existing NuraTrue buds, which we praised for the impressive bass performance and personalised sound in our review, the NuraTrue Pro offer premium features including upgraded adaptive noise cancellation and, crucially, the ability to play lossless audio without a hardwired connection.

Though the design is near-identical to that of the NuraTrue buds, there are a few small differences that set the NuraTrue Pro apart. The most immediately noticeable is the use of ceramic around the rim of the buds, adding to the overall premium look and feel of the circular black buds.

There are also more microphones on each bud, looking to improve audio quality and performance during calls – especially in louder environments.

The big selling point is, of course, support for CD-quality lossless audio – one of the first in the market to offer the tech via Bluetooth.

In fact, Nura claims that “Lossless audio streaming over Bluetooth is about to make 95% of the world’s wireless headphones and earbuds obsolete”, so it’s clear that Nura thinks this is the next big thing in TWS audio.

Nura worked with Qualcomm to integrate its QCC5171 BT audio SoC into NuraTrue Pro, providing the transmission bandwidth required for truly lossless audio playback. Nura claims that the buds can deliver an uncompressed 16-bit 44.1kHz audio stream over Bluetooth to deliver a noticeably improved audio experience without the need for cables.

It’s a bold and interesting claim, but there’s a caveat; to enjoy lossless audio, you’ll need a smartphone with the top-end (and not yet readily available) Snapdragon 8+ Gen 1 chipset.

It’ll likely be the chipset of choice for flagships for the latter half of 2022, but it means that practically no Android smartphone (and certainly not an iPhone) can enjoy the lossless audio right now. If you’re really into lossless, you’ll likely have to buy a new phone in the (near) future.

It is backwards-compatible with previous versions of aptX Adaptive and Classic, which will provide a boost in quality, but it’s not quite the lossless many had hoped for.

Lossless audio aside, other improvements include the introduction of adaptive noise cancellation technology. Using onboard smarts, the buds will be able to adjust the noise cancelling depending on the noises in your environment to help block out the most intrusive noises – similar to Sony’s Adaptive Sound Control on headphones like the WF-1000XM4.

You’ll also find support for spatial audio, which can upscale stereo content on-the-fly – no need to find spatial audio tracks on Apple Music for this one. It’s not quite as advanced as Apple’s tech, negating the head-tracking, but the sound is notably more natural with the mode activated.

There’s Bluetooth 5.3 on board, allowing users to connect the buds to multiple sources at once for a more seamless audio switching experience, and of course, the buds offer Nura’s signature personalised sound output via a hearing test performed when you first set the buds up.

It’s impressive, and a huge selling point of the Nura collection compared to most premium alternatives.

In a hat tilt to the Kickstarter campaign that started Nura’s journey way back in 2017, the NuraTrue Pro buds are available to back on Kickstarter right now.

To sweeten the deal during the pre-order phase, interested parties can get up to 40% off the Pro buds – as little as US$199, compared to its regular $329 RRP – for the next few weeks while pre-order stock lasts. If you’re tempted, you’d better be quick.

While a release date is yet to be set, the NuraTrue Pro buds will retail at $329/£299 when released “later this year”.