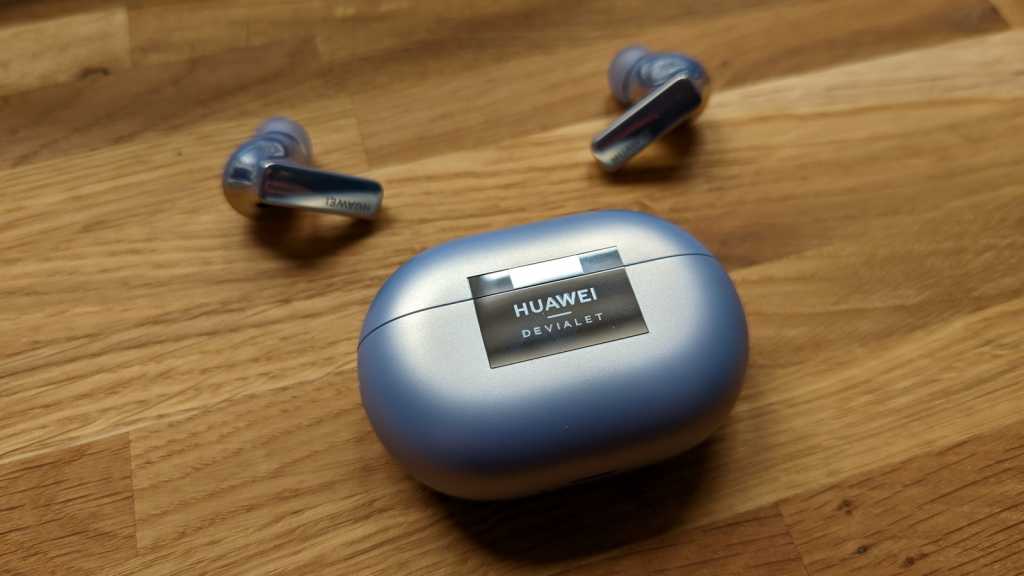 At its launch event in Berlin, Huawei has announced, among other things, its latest flagship wireless earbuds. The FreeBuds Pro 2 have been co-engineered with Devialet and contain world-firsts for earbuds.

The follow-up to Huwaei’s original FreeBuds Pro earbuds are here and they are the firm’s “most advanced in-ear headphones yet” thanks to developments like the use of planar magnets and improved active noise cancelling (ANC).

Headlining the feature list is the use of dual-drivers. That’s not something that hasn’t been done before, but the use of a planar diaphragm – flat in shape rather than a traditional cone –  alongside a traditional dynamic driver is a world-first for TWS earbuds.

In this case, it’s an ultra-high frequency micro planar diaphragm and results in “high transient response and rich treble”. Meanwhile, the 11mm dynamic driver has no less than four magnets for more driving force and punchier bass meaning the earbuds can go down to 14Hz when most can only go to 20Hz.

The FreeBuds Pro 2 also offer Intelligent ANC 2.0 which is powered by additional microphones. There are now three on each bud (two outward and one inward facing) and can offer cancelling up to 47dB (up to 40dB on the original Pro model). These mics also result in better call quality with better wind resistance.

Huawei also touts the earbuds as HiFi quality thanks in part to the driver setup but also the inclusion of LDAC, Sony’s codec that allows for Hi-Res Audio over a wireless connection. If you have a compatible device then you can get up to 990kbps. For comparison, aptX HD is limited to 576kbps.

While the headphones look similar to their predecessor with a ‘cubid’ shape, the FreeBuds Pro 2 design is smaller and lighter – now under 6g each. Huawei says they’re more comfortable and you still get pinch and slide touch controls like before as well as an improved IP54 dust and waterproof rating (previously IPX4).

There are also software upgrades as AI Life now offers users a graphic EQ with no less than 10 frequency bands so you can really fine tune the sound to your liking. If that sounds a bit too in depth, then Adaptive EQ aims to tweak the sound for you to provide consistent sound at different volume levels.

It’ll even re-tune when you move the earbuds, a little a bit like Sonos Auto Trueplay.

The FreeBuds Pro 2 can last four hours with ANC on and a total of 18 hours including the charging case, with the figure jumping to 30 hours without noise cancelling.

The charging case is also smaller, 11% to be exact, and in most markets will feature wireless charging. The FreeBuds Pro 2 come in Ceramic White, Silver Frost and a new Silver Blue colour.