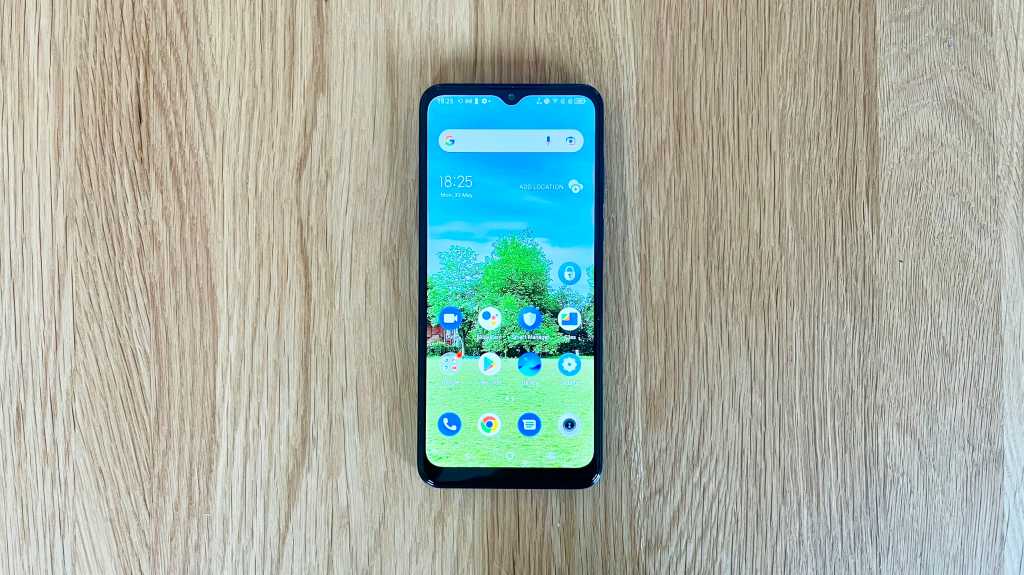 Simon Chandler / Foundry
At a glance

The TCL 30 SE is a highly affordable Android that offers a good camera and great battery for the price. But while its software and design also deserve some praise, it’s let down by subpar performance and poor update support.

TCL may still be most well-known for its TVs but the Chinese manufacturer has been producing smartphones under its own brand since 2020. Its devices reside at the cheaper end of the Android spectrum, with its 30 series of phones for 2022 all comfortably coming in at under £250 (or €300).

Is it a good phone for the price? The answer is yes, but with a fair few caveats. In this review we examine the TCL 30 SE’s design and performance, and consider how it compares to other Android phones in its price range.

The TCL 30 SE is a presentable enough phone as far as cheap Androids go, even if it isn’t astounding. Its 6.52in display features a teardrop selfie camera at top-centre with relatively narrow bezels on the sides and top, but a little thicker at the bottom.

There’s a tidy camera module in the top-left rear corner, where the phone’s three rear lenses are arrayed in an unfussy vertical line. There’s also a fingerprint sensor panel on the back of the phone, which punctuates the device’s shiny plastic.

Yes, even though the 30 SE’s frame and rear are made of inexpensive plastic, the material does have a glassy sheen to it, making it look a little more premium than it really is. The colours on offer – Space Gray (reviewed), Atlantic Blue, and Glacial Blue – also have an attractive subtlety, providing character without being too strident or garish.

The plastic also might make the phone more durable than devices made of glass, insofar as it won’t crack or shatter if dropped. That said, the phone lacks an official IP rating, so users should be careful with it around water and dust.

The TCL 30 SE houses a 6.52in IPS LCD display with a resolution 1600 x 720 pixels. This gives it a 20:9 ratio and a pixel per-inch density of 269, which isn’t especially high, but works well enough for browsing websites and viewing photos. On the other hand, despite qualifying as a HD screen the IPS LCD panel doesn’t result in top video quality.

For instance, the edges of objects in films or TV shows aren’t quite as smooth or clearly defined as those you’ll see when watching something on a pricier alternative. Similar applies when playing games, although the quality is generally good enough, despite there being a noticeable difference between the 30 SE’s screen and those of more premium phones

Brightness is also pretty good, with the phone posting an average of 450 nits. I have, however, caught myself needing to up the brightness level on a couple of occasions when watching something, although turning on the adaptive brightness feature does help improve things.

There are a couple of speakers at the bottom of the phone, offering stereo sound that’s more than adequate for watching films and TV. That said, anyone hoping to listen to music on their phone without needing earphones may be disappointed, since audio quality is not great when the volume is pushed beyond halfway.

The TCL 30 SE’s specs are decidedly humble, which is perhaps not surprising for a phone officially priced at £140. It’s treated to a MediaTek MT6762G Helio G25, which in contrast to chips now benefitting from a more efficient 7nm or 5nm manufacturing process, uses a 12 nm one. This basically means that fewer transistors can be fitted into it, which in turn means it works more slowly than more powerful processors.

Combined with only 4GB of RAM, the Helio G25 is a slow performer. Apps and websites can sometimes take longer than average to load, while more graphically demanding video games suffer from distinct lag. The phone is certainly usable for more casual and older games, but if gaming is the main thing you want to do with the device, you should buy something more capable.

Storage is also pretty modest, with the 30 SE’s base model having only 64GB of internal memory. This can be upgraded to 128GB, and while the latter model should be more expensive, you can find it for more or less the same price as the 64GB version if you shop around enough. Either way, all versions of the phone come with a microSD card slot, letting users upgrade to 512GB of storage.

MicroSD card slots are always welcome, but there’s no denying that the TCL 30 SE isn’t the fastest Android phone out there. This is confirmed by its benchmarks, which are mostly lower than those posted by similar phones in this price bracket such as the Redmi Note 11 and Realme 9i.

The TCL 30 SE’s camera is probably its main selling point. The phone features a triple-lens rear setup, with a 50Mp main lens doing the lion’s share of work. The 2Mp depth and macro lenses offer a little variety.

The absence of an ultrawide lens on the 30 SE is disappointing, especially when such lenses are becoming increasingly common. However, budget smartphones rarely boast decent ultrawide cameras, so leaving out this lens frees up TCL to provide a better main camera experience.

Sure, the 30 SE isn’t the best camera phone anyone is going to encounter this year, but it’s surprisingly effective for a device in its price range. Its main lens enables pics with good dynamic range and balance of colours, with enough detail and clarity for most purposes.

In keeping with the lack of an ultrawide and telephoto lens, there are few extra features added to the TCL 30 SE’s setup, with optical image stabilisation also missing from the equation. That said, it does offer phase-detection autofocus (PDAF), meaning you can generally just point the phone at your intended target, keep it steady for a moment, and fire away.

Given the inclusion of a 2Mp macro lens there’s also a Super Macro mode. This takes some very nice closeups in the right setting, with textures coming out strongly and the use of AI software smarts means the phone can recognise the type of object you’re capturing (assuming it’s an ‘archetypal’ object, such as a plant or tree).

The phone fares variably well with less-than ideal environments. There’s no dedicated night mode, although the auto mode will employ the phone’s flash to ensure that low-light situations are portrayed in (mostly) sufficient detail. On the other hand, I had a few nighttime pictures where the flash and processing resulted in some objects (in the background) being either blackened or whitened out.

The TCL 30 SE’s video capabilities are pretty rudimentary. The best it can offer is 1080p video at 30 frames per second. This is pretty standard for a phone costing under £150, with the Moto G22 and Realme C35 also going only so far as 1080p at 30fps.

Big batteries on affordable phones have become quite common and the TCL 30 SE doesn’t disappoint in this area. Its 5000mAh battery is easily capable of surviving well over a day under heavier use, and can even make it into a third day if you use it only for the basics.

Its longevity is helped by the fact the phone doesn’t support a faster refresh rate or any other perks that might drain it more rapidly, so you can really get your money’s worth in terms of daily usage if you don’t go crazy with it.

This is a very good thing, since the best the phone can offer in terms of charging is 15W ‘fast charging.’ Of course, 15W isn’t fast anymore, and in my experience the 30 SE took just over two hours to recharge from under 10% to 100%.

Using Android 12 as its core OS with TCL UI 4.0 running over the top, the TCL 30 SE offers a user-friendly take on stock Android. This includes a few nice touches that make the phone easier to navigate, such as the app drawer at the bottom of the screen being organised by default according to category of app.

There’s also a convenient sidebar (aka the Edge Bar), which is swipeable from the right of the screen. It lets you add several key apps, contacts and functions for quick access (it even has a virtual ruler, in case you need to measure anything in a hurry).

Likewise, usability is enhanced by a range of gestures that can be employed to perform a few functions more quickly, such as swiping down with three fingers in order to take a screenshot.

One slight downside is that there isn’t much scope for customisation, but this arguably enhances the simplicity of the software. One more unavoidable downside, however, is that the software can seem somewhat slow at times, something which is largely the product of having a less-than powerful processor on board.

An even bigger downside is that TCL has only committed to one core software update, as well as two years of security updates. This is definitely an own goal for TCL.

The TCL 30 SE is now available in the UK and Europe, with prices starting at £139 in the UK for the model with only 64GB of internal memory. You can buy it from Carphone Warehouse, Argos, Amazon, Very, and Currys.

Amazon France has it for 159€ while Amazon Spain has it for 129€. It’s also available in a select number of other countries and regions, including India.

For the price, the TCL 30 SE is a decent smartphone, even if it has a few cons that prevent it from being a truly great affordable mobile.

Its camera is very serviceable while its battery will keep you going for a couple of days if you don’t use the phone too much. Other plus points include its clean design and simple, easy-to-use software.

That said, its performance leaves plenty to be desired, as does its charging speeds, while the fact that it only offers one core software update may turn a few people off.