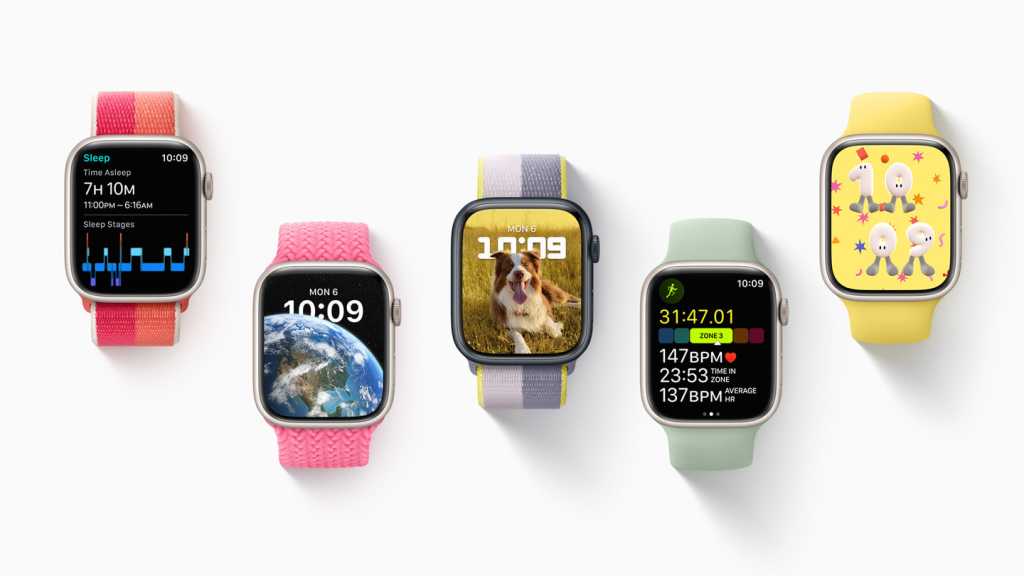 Apple lifted the lid on watchOS 9 alongside iOS 16, iPadOS 16 and more at WWDC 2022 in early June, giving keen Apple Watch fans a good look at what to expect from this year’s big software update.

With a more advanced Workout app, true sleep tracking and a host of other tweaks coming with watchOS 9, it’s an important update to the Apple Watch – for those that can get it, anyway.

We outline everything there is to know about watchOS 9 right now, including the models of Apple Watch that support it and key new features.

When was watchOS 9 released?

Following a few months of beta testing, Apple rolled out the big watchOS 9 update on 12 September 2022 at around 10am ET/1pm PT/6pm BST.

As many had expected prior to the announcement, Apple has made the decision to drop support for the four-year-old Apple Watch Series 3 with watchOS 9 – and it has subsequently stopped selling the budget Apple Watch too.

To recap, here’s every model of Apple Watch that can to upgrade to watchOS 9:

watchOS 9 may not be as feature-heavy as iOS 16 or iPadOS 16, but there are small but significant changes on offer that should enhance the overall Apple Watch experience.

The Workout app is set to receive a number of updates with watchOS 9 in a bid to help it better compete with fitness-focused smartwatches.

New features include the ability to customise your workouts by tailoring your work and recovery intervals, as well as new (to Apple, anyway) Heart Rate Zones generated automatically based on your past performance and health data.

Runners will appreciate new dynamic pacing options to help you reach your goal, and if you run on the same route every day, you’ll be able to race yourself too. New metrics including Stride Length, Ground Contact Time and Vertical Oscillation have also been added to better understand your running capabilities.

The ability to use the Digital Crown to scroll through data should also make it easier to keep an eye on the new fitness metrics on-the-fly.

As well as updates to existing modes, watchOS 9 introduces support for triathlons, allowing you to transition between swimming, running and cycling without any additional input. There’s also automatic recognition for Kickboard, a sport that involves swimming with a float.

If we’re being honest, Apple’s attempt at sleep tracking in watchOS 8 is pitiful, merely tracking how long you were in bed with no real insight into the different sleep stages or other collected data. In fact, it’s bested by fitness trackers that cost as little as £20/$30!

Playing nicely with Apple Health, the app can provide the ability to not only track your sleep over time but provide insights into your sleep health.

Taking daily medication can be tough – especially when you have to take them at certain times of day – which is why Apple is adding medication tracking to the Apple Health app.

As you might assume, the new medication tracking functionality will keep track of your various medications, alerting you when it’s time to take them, and it’s easy to log when you’ve taken them via your Watch.

It wouldn’t be a watchOS update without new watch faces, would it?

There are multiple new watch faces coming with watchOS 9, including new Metropolitan, Playtime and Astronomy watch faces. There’s also a Lunar face that showcases timekeeping using phases of the moon, with support for Chinese, Hebrew and Islamic lunar calendars.

Existing watch faces are also getting updated to support rich complications, and the Portrait watch face will see improvements that’ll allow you to display snaps of your pets, and the editing mode will allow you to add a tint to the background layers of a portrait snap too.

You’ll also be able to customise the Modular Compact, Modular and X-Large faces with a new range of colours and gradients.

watchOS 9 will also introduce new features to the Apple Watch Family Setup functionality, offering new features for kids to use without the need for a connected iPhone including access to HomePod speakers and other smart home accessories, as well as the ability to access home and hotel room keys via the Wallet app.

Of course, that’s only scratching the surface of what watchOS 9 offers, so check back soon for the latest details.