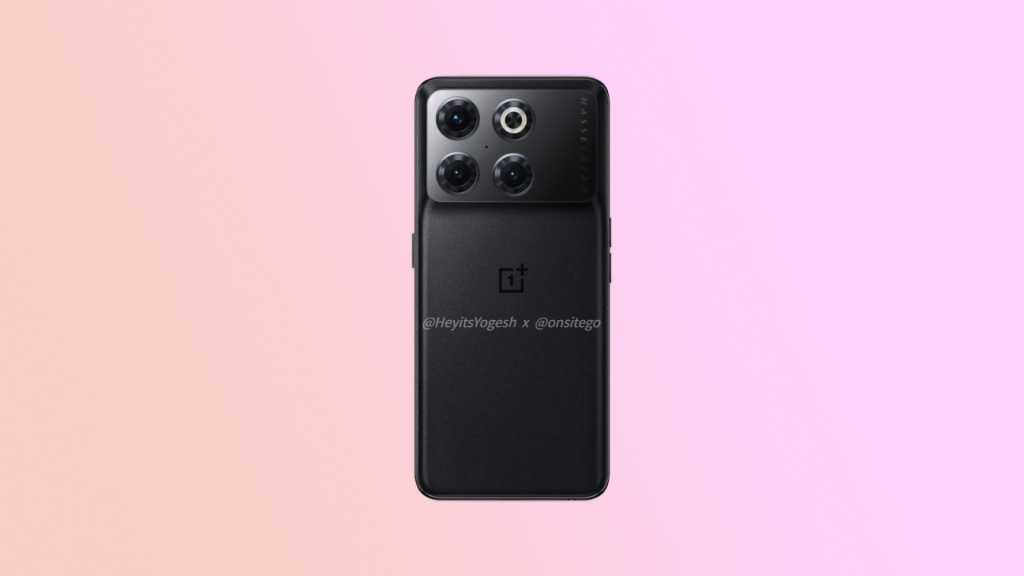 OnePlus has been putting out a good selection of phones so far this year, and new rumours suggest the Chinese company may yet have another model up its sleeves.

We gather up the latest news and rumours surrounding the highly anticipated OnePlus 10T.

When will the OnePlus 10T be released?

There’s been no official announcement from OnePlus at the time of writing, but rumours we’re seeing suggest that the OnePlus 10T could be slated for a July/August release. This isn’t quite as straightforward as it may seem though, as OnePlus has been a little scattergun with its models over the last couple of years. Here’s the release schedule to illustrate:

For several years OnePlus would release the normal number model – say OnePlus 8 – which would then be followed six months later with the T version (OnePlus 8T). But this has gone a bit awry since 2021. The OnePlus 9 and OnePlus 9 Pro arrived on time, but there was no 9T six months later or at all. Now, in 2022, we’ve seen the release of the OnePlus 10 Pro but no OnePlus 10, but rumours suggest the 10T could be gearing up to make its debut.

We’ve already reported on the potential OnePlus 11 arriving in 2023, but the once reliable calendar fixtures of OnePlus are now harder to confidently predict.

How much will the OnePlus 10T cost?

Again, we don’t have a confirmed price for the OnePlus 10T, so we’ll take our cues from the previous models. Here’s the prices they had at launch:

Obviously, the Pro models are more expensive, so the more likely comparisons are between the OnePlus 9 and OnePlus 8. With this in mind, the new OnePlus 10T model will probably be priced around the £629/$729/€699 mark, or slightly higher if the cost of living crisis and world-wide processor shortage continues.

What about the OnePlus 10T specs and features?

While there’s no official word of the specifications for the OnePlus 10T, a recent report from tech leaker Yogesh Brar (@heyitsyogesh) and tech site OneSiteGo lays out a comprehensive map of what it might look like as well as some renders of the device, which is nicknamed Ovaltine.

The design reveals one detail, also reported by GSMArena, that may be a disappointment for long-term OnePlus fans, in that the company may follow the trend it set with its Nord range and remove the classic alert slider button on the OnePlus 10T. Apparently this will now be the preserve of the Pros models only. Sad.

The Yogesh Brar report states that OnePlus will fit the new device with the Snapdragon 8+ Gen 1 processor. This would fit with the expected release date of the phone, as Qualcomm has confirmed that the new chip will appear in phones from Q3 (July-September) 2022. Yogesh also tweeted a post outlining the highlight features of the new device:

The specs mentioned include a 6.7in FHD+ AMOLED panel with a 120Hz refresh rate, plus a triple camera array comprised of a 50Mp main camera with OIS, 16Mp ultrawide and 2Mp macro. These will allow video capture up to 4K/60fps. There’s also a 32Mp front-facing camera that will go up to 1080p/30fps.

Rival leaker Digital Chat Station almost agrees, but differs slightly on the camera specs. He reports on Weibo that the ultrawide will be slightly lower resolution at 8Mp, with the selfie camera similarly dropping to 16Mp.

Both leakers agree that OnePlus 10Twill be powered by a 4800mAh battery, and DCS adds that it will ship with a 160W charger, though actual speeds will be capped to 150W fast charging – and it won’t feature wireless charging.

This is interesting, as it means the new model will charge faster than the 80W-equipped OnePlus 10 Pro in addition to packing a faster processor, but where the older device lacks in speed it offers more versatility thanks to its wireless charging option, and a more impressive camera system.

The OnePlus 10T will come with OxygenOS 12 running on Android 12, which is par for the course for flagship phones in 2022.

In fairness, the rumours do state that this could in fact be the OnePlus 10 that never arrived, so we’ll just have to wait and see what the marketing department at the company decides in terms of how the names will work going forward.

Obviously, we’ll update this article as more details become available, so be sure to check back. If you want to see what kind of competition the OnePlus 10T will face, you can also read our roundup of the best smartphones and best OnePlus phones.