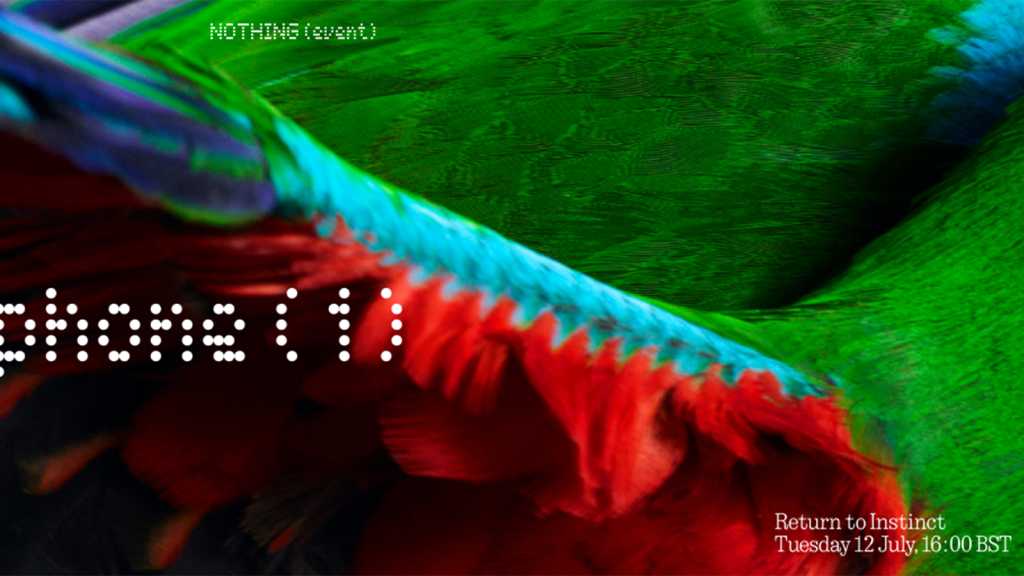 Nothing has held the promise of its debut smartphone – the Phone (1) – over fans’ heads for months at this point, with the device’s launch date being the latest tidbit of information to finally drop.

The Phone (1)‘s debut will feature as part of the company’s ‘Return to Instinct’ event, which is slated to feature an in-person component in London, where the startup’s headquarters is based. Fans can also signup to be notified as to when the live stream of the event will be available to tune in to.

As part of this latest announcement, along with revealing the launch date, Nothing bills the Phone (1) as its “most important product” yet (usurping its first offering – 2021’s Ear (1) true wireless earphones).

The invitation to the 12 July event also asks fans to “unlearn everything the industry has taught us,” which echoes founder Carl Pei’s sentiment from our talk with him during MWC earlier this year. At the trade show, he extolled the values of ecosystem and praised the likes of Apple for offering unmatched software and hardware integration; a formula he’s no doubt looking to iterate upon, with Nothing and the Phone (1).

The 8 June announcement doesn’t offer any further detail on what we can expect from the Phone (1) beyond when it’ll make its debut, however, the company has already confirmed a number of details, including the use of a transparent back, aluminium frame, wireless charging, Snapdragon hardware and that it’ll run the company’s own Android-based user experience, called Nothing OS.

While we still have more than a month to wait for the Nothing Phone (1) to arrive, based on Nothing’s current strategy, there are likely to be plenty more instances of new details and teases cropping up ahead of the final reveal on 12 July.

In the meantime, why not check out what else we’re excited to see launching this year, with our rundown of the best new phones coming soon, as well as the best phones available to buy right now.